The Walgreens employee was bewildered by the quantity of opioids the company was shipping to just one store. Its pharmacy in Port Richey, Fla. (population 2,831) was ordering 3,271 bottles of oxycodone a month.

“I don’t know how they can even house this many bottles to be honest,” Barbara Martin, whose job was to review suspicious drug orders, wrote to a colleague in a January 2011 email. The next month, the company shipped another outsized order to the same store.

The email was among thousands of documents from corporations across the pharmaceutical and retail industries — internal memos, depositions, sales and shipping reports, experts’ analyses, and other confidential information — filed Friday in federal court in Cleveland by lawyers for cities, towns and counties devastated by addiction. They lay out a detailed case of how diverse corporate interests — far beyond the familiar players like Purdue Pharma — fed a deadly opioid epidemic that persisted for nearly two decades.

Little-known manufacturers of generic pills, superstores like Walmart and chain retailers like Rite Aid also flooded the country with billions of pills, according to the filings. The devastation was so extreme that one Ohio county resorted to a mobile morgue to handle all the corpses of people who died from overdoses.

As the epidemic crested, the suppliers with the greatest sales were not the branded manufacturers but those who made generic prescription drugs. Between 2003 and 2011, lawyers for the plaintiffs said in one filing, Mallinckrodt, the Ireland-based manufacturer of generic and branded drugs, sold 53 million orders of opioids. Yet the company stopped and then reported to federal authorities at most 33 orders as suspicious, a ratio the lawyers described as defying credibility.

The filings represent a signature moment in the run-up to the first trial of nearly 2,000 cases brought by cities and counties nationwide, consolidated in an Ohio federal court. They are seeking billions of dollars in compensation from the corporations implicated in the opioid epidemic.

Both sides have largely finished gathering evidence, and Friday’s filings attempt to solidify major claims for the first trial, which is scheduled to begin in October. Stemming from a lawsuit brought by Cuyahoga and Summit counties in Ohio, it is intended as a litmus test for the remaining cases. Judge Dan Aaron Polster of Federal District Court of Northern Ohio hopes that the shadow of the trial will goad the sides to reach a national settlement that could award money to cities, towns and counties across the country, and foreclose further opioid lawsuits.

With Friday’s briefs, the plaintiffs want the judge to rule that for years, defendants ignored and violated laws that required them to monitor and report suspicious orders. They also argue that defendants created a “public nuisance” — a continuing crisis that affects the far reaches of public health, including neonatal intensive care, foster care, emergency services, detox and rehabilitation programs and the criminal justice system.

The pharmaceutical industry also filed briefs on Friday. Many submissions, including exhibits, were limited, heavily redacted or outright sealed.

Manufacturers of generic drugs argued that they do not market their opioids, nor should they be penalized for selling versions of prescriptions approved by the Food and Drug Administration. The pharmacy chains argued that the plaintiffs offered no proof that opioids they distributed only to their own stores had been illegally diverted. And they said that many plaintiffs’ claims were invalid because statutes of limitations had run out.

But the plaintiffs offered up a less benign view of how opioids flew through the pharmacies.

When patients of Dr. Adolph Harper, a gynecologist, needed to buy opioids, they often seemed to show up at Rite Aid stores near his office in Akron, Ohio. His clinic prescribed hundreds of thousands of the painkillers, such as OxyContin, Roxicet, Percocet and Opana. He continued to do so even though at least eight patients overdosed and died, the Justice Department has previously said. Dr. Harper was later arrested and sentenced to 10 years in jail.

But despite all the opioid prescriptions pouring in from Dr. Harper, the company did not identify any suspicious orders coming from Dr. Harper’s clinic, the plaintiffs said. Instead, Rite Aid increased its orders to meet the surge in demand from the clinic.

For years, long after the opioid crisis began, the giant pharmacy chains, including Walgreens and CVS, and Walmart did almost nothing to fulfill their legal duty to monitor suspicious orders, the plaintiffs’ lawyers claim. While they were supposed to block such orders and alert the Drug Enforcement Administration, they did so rarely.

One official at Walgreens tasked with monitoring such orders said his department was “not equipped” for that work. The company created lists of suspicious orders that ran thousands of pages, but then shipped them without further review.

Asked for a response, Walgreens issued a statement saying it “has not distributed prescription controlled substances since 2014 and before that time only distributed to our chain of pharmacies.” The company called itself “an industry leader in combating this crisis.”

Before 2011, Walmart had no discernible system to monitor suspicious orders. the plaintiffs contended. The company said that it relied on its hourly employees, which the plaintiffs called a “farcical” claim with no evidence of training or policy in place.

By 2015, the company put a system of storewide limits in place, but it was so forgiving that a store could go from ordering 10 dosages of 10 milligrams of oxycodone in one month, to 7,999 dosages the next, without raising an alarm. In a filing Friday, Walmart said that its pharmacy business accounted “for a vanishingly small part of the relevant market” and noted that an expert for the plaintiffs had concluded that Walmart distributed less than 1.3 percent of the opioids distributed to the Ohio counties that brought the case.

Rite Aid, in its own filing, said that “plaintiffs have presented no evidence” that the company’s “limited distribution of opioids caused any of their injuries,” an argument echoed by CVS, which said in its filing there was “no evidence’ that any CVS shipment to the counties was misused.

But the plaintiffs alleged complicity across the opioid supply chain.

“Failure to identify suspicious orders was their business model,” they said of the defendants. “They turned a blind eye and called themselves mere ‘deliverymen’ with no responsibility for what they delivered or to whom. Just like any street drug courier.”

As billions of their pills poured into the country, generic manufacturers took a lax approach to tracking suspicious orders, the briefs for the plaintiffs said. They used faulty algorithms to flag questionable orders and frequently handed oversight to customer service employees and account managers, whose pay was tied to drug sales.

Many of the companies used rudimentary systems to flag orders, for example only singling out cases when a customer ordered more than two or three times the amount that it had in the past. Such systems did not comply with D.E.A. requirements, the plaintiffs said. They did not account for pharmacies that were already ordering inappropriately large quantities of opioids, and many of the tracking systems could be evaded by dividing orders into smaller quantities, or switching to new dosages.

Read More:  The pill has been around since the ’60s — are we finally going to see one for men?

The generic manufacturer Teva’s program was called “DefOps,” which was short for “Defensible Operations.” It was set up to keep Teva out of trouble and also because it “sounded good,” according to the filing, which cited a deposition of the employee who had designed it.

In a legal filing Friday, Teva said it had followed the law and that the plaintiffs could not show that its products caused them harm.

Some companies gave sales employees responsibility for investigating and clearing suspicious orders. That was the case at Mallinckrodt. From 2006 through 2014, the plaintiffs’ lawyers said, Mallinckrodt’s products accounted for a quarter of all the opioids dispensed in the two Ohio counties.

Mallinckrodt’s national account managers, whose bonuses were tied to sales, investigated suspicious orders. One order was cleared because a national account manager wanted to keep the “momentum rolling” with a customer, according to the legal filing. Another justified an unusually large order because the customer had been unable to obtain opioids from another source.

Company officials acknowledged that assigning their sales staff to scrutinize suspicious orders was a conflict of interest, according to emails cited in the legal filing, but allowed the practice to continue.

A spokesman for Mallinckrodt declined to comment on the legal filings Friday.

In 2017, Mallinckrodt agreed to pay $ 35 million to settle federal charges that it had failed to detect suspicious orders of opioids and to report them to the D.E.A. Under that settlement it also agreed to more closely analyze its distribution to ensure its products are not being misused.

Some manufacturers failed to alter their practices even when they were warned that their drugs were being misused. In 2012, D.E.A. officials met with employees of Actavis, a manufacturer of generic OxyContin and Opana ER, two of the most abused painkillers on the market. The agency urged the company to see for themselves how their products were being used on the ground.

According to the legal filing, a D.E.A. worker told the Actavis employees “to visit pharmacies who were receiving their products in South Florida, in order for them to witness the long lines at pain clinics, out-of-state license plates, questionable clients, security guard(s) in the parking lots, and signs stating cash payments only.”

But little changed. Actavis’s ethics and compliance officer later said in a deposition, cited in the plaintiffs’ filing, that the “tone and tenor” of the meeting “made it less productive than it could have been” and that the D.E.A. officials had treated the employees “as street dealers.”

In a follow-up meeting later that year, the D.E.A. asked Actavis to reduce its manufacturing quota for oxycodone, the active ingredient in OxyContin. The company rejected the agency’s request.

Following a series of acquisitions, Actavis’s generic products are now owned by Teva, which declined to comment. 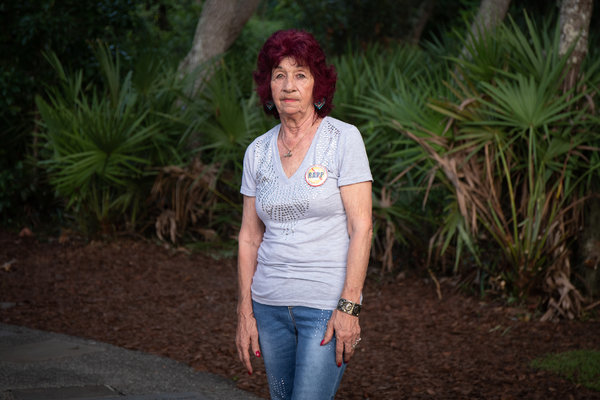