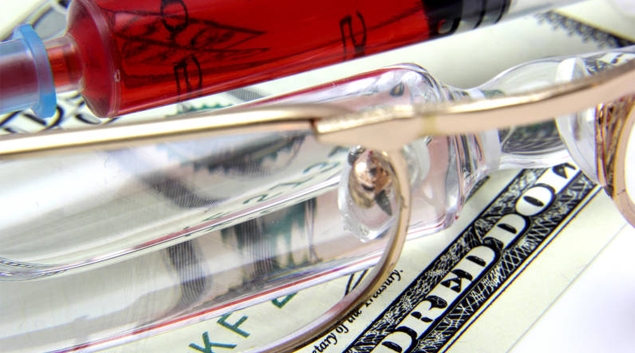 It’s not uncommon for health systems to have an annual budgeting cycle that requires six months of work and thousands of hours from leadership. It’s a monumental undertaking — and yet the budget is often outdated in a matter of months. What that means is that, even with a strong flex budget, healthcare executives are constantly tasked with explaining why performance isn’t tracking to budget.

Clearly, the traditional budget process is too labor intensive, and provides too little business value. That’s been the experience of OSF Healthcare, a 13-hospital system based in Illinois. Each year, the system spent at least 8-10 weeks on their annual budget cycle; and each year, the process was stressful and time-consuming.

OSF HealthCare’s leaders wanted to produce a balanced budget that would project performance accurately for the next fiscal year. But despite thousands of hours put into the process, the budget was typically out of date within the first quarter. Managers continued to spend time explaining why they were not hitting budget targets rather than making course corrections to adjust to changing market dynamics.

“You become accustomed to the annual budget process,” said Kirsten Largent, senior vice president of financial operations at OSF Healthcare. “Our frustration became paramount when OSF announced, after finalization of the final operating budget, that we were going to acquire two new hospitals, which rendered the new budget which had just been approved irrelevant.

“The budget is so widespread,” she said. “It has these tentacles that go into the depths of your organization. It’s much harder for a department manager with a budget that’s outdated to understand why that is. We just felt like, ‘That’s enough.'”

While the hospital acquisitions were the final catalyst for change, outdated budgets had been an issue with the system before. Even when existing operations were rolling along, the budget would lose its relevance early in the year, while leaders were cemented to certain budget assumptions.

“There’s this constant draw to have to explain the budget,” said Jennifer Ulrich, OSF’s director of financial planning and management reporting. “That’s a lot of time and attention that should be directed to changing the organization. When you require your finance team to be looking backward, you’re not looking forward.”

To help, OSF HealthCare partnered with Strata Decision Technology to design and implement a dynamic planning approach using the company’s cloud-based StrataJazz platform. This approach involved replacing the line-item budget with a baseline forecast at the entity level that aligns with the long range financial plan.

It also entailed a quarterly re-forecast based on actual performance and shifting assumptions, during which leaders quantify the trajectory of their business and identify course corrections and monthly performance management. It’s where the team evaluates department level-financial stewardship and performance to protect against cost growth.

In that way, the system was able to ease itself away from the traditional budgeting process, while still maintaining some controls.

“We don’t go down into the micro level of detail like in a traditional budget,” said Ulrich. “We look at entity-level performance, and then map out the trajectory based on the work we’re doing or just the current circumstances. We forecast the current year and the next year. To move toward organizational performance, we can use it to determine if we’re on track. We use that as our toolset to help drive that conversation.”

Read More:  A Decade of Fitness

OSF dipped its toes into the water slowly, beginning with a pilot at two of its hospitals in 2018. It was then scaled across the organization last year.

Managers review their area’s performance on well-defined KPIs that are generally within their control. Paired with a rigorous monthly accountability process, managers began focusing on how to improve financial and operational performance — not just to track their budget.

The impact has been measurable and significant. The system has saved $ 1 million on overall budgeting efforts, with those resources redeployed to higher-value financial planning. There has also been a 75% reduction in the time that’s spent on the budget, freeing up about 20,000 hours of leadership time.

“It’s focused on higher-value financial planning efforts,” said Largent. “We’re seeing positive response throughout all our organizations. What we’re seeing is the acceptance and appreciation of this process, and folks understanding this is what will carry us into the future. I feel the tide of the industry is moving in this way.”

The system was able to redeploy the money that was saved into higher-value activities in part because there were no additional costs to implementing a dynamic budget planning process. Processes were changed and some staff education took place, but there was no additional hiring and next to nothing in incremental costs.

The challenges were more cultural in nature, since change in and of itself can make people feel uncomfortable. Luckily, the discomfort didn’t last long, as quarterly forecasts and overall budget agility gave staff a sense of security they didn’t have previously.

According to Ulrich, other healthcare systems can achieve similar results, and can do so in ways that make sense to them.

“We implemented this through a pilot approach, but there are pros and cons to doing that,” she said. “Smaller scale operations may like to test processes and make improvements before a wider rollout, but it makes it more challenging to a degree, because you’re living in two worlds for some part of the year. There’s something to the ripping-off-the-Band-Aid approach. That’s something that’s unique to each organization.

“Going back to a (regular) budget was never an option for us. It was important for people to understand, ‘We have to make this work.'”