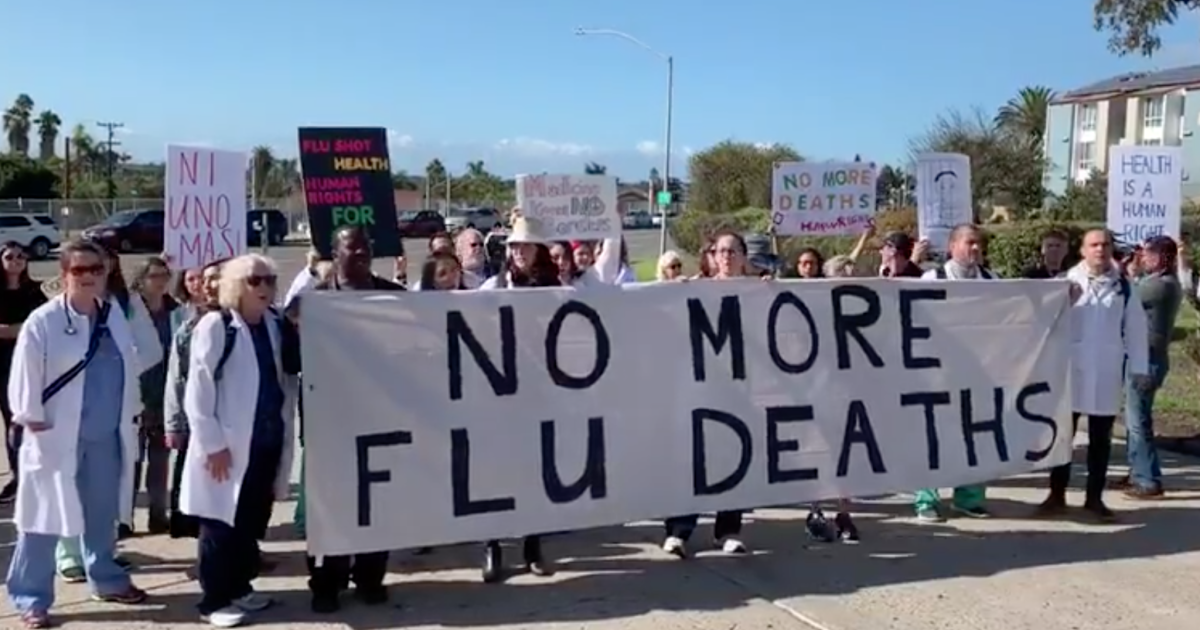 Left-wing organizations that have called for the closing of immigrant detention facilities said they were turned away from a Border Patrol facility in Southern California after showing up to provide what they said were flu vaccines for detainees.

Members from Doctors for Camp Closures, Families Belong Together, and Never Again Action arrived at the Chula Vista Border Patrol Station in San Ysidro, California, Monday saying they wanted to vaccinate adults and children in temporary custody. The organizations said employees from U.S. Customs and Border Protection, who oversee station operations, turned them away.

CBP said in a statement provided Monday afternoon said it has “never been a CBP practice to administer vaccines” to detainees. “As a law enforcement agency, and due to the short term nature of CBP holding and other logistical challenges, operating a vaccine program is not feasible,” the statement said.

[Related: US will not provide flu shots to all detained migrants at southern border]

Detainees at Border Patrol facilities are not supposed to be kept for more than 72 hours, and people can get flu vaccines after they are transferred out of CBP custody to other agencies.

But California Democratic Rep. Raul Ruiz said in a hearing last week that not vaccinating people at the earliest point could lead to flu outbreaks before people leave CBP custody. Three children have died from the flu while in federal immigration custody over the past year, though it is not clear when they contracted the virus.

“This is intentional cruelty. People are needlessly suffering and dying,” Dr. Marie DeLuca said in a news release from the groups. “Flu deaths are preventable and large scale vaccination is not unprecedented.”

The groups who offered to vaccinate people in government custody have organized since the beginning of the Trump administration and have protested the 2018 family separations under the “zero-tolerance” policy, as well as CBP’s refusal to give free flu vaccines to the people it arrests.

“This has become a horrific pattern: our immigration system is killing innocent children and the Trump administration doesn’t seem to care,” said Jess Morales Rocketto, chairwoman of Families Belong Together.

The trio of groups offered earlier this month to stand up a free pilot flu clinic for detained people but said CBP did not accept their offer. The three organizations said they plan to keep holding rallies this week until CBP meets with them.

Doctors for Camp Closures is a 2,000-member group of physicians and healthcare workers; Families Belong Together is led by the National Domestic Workers Alliance, MoveOn, American Civil Liberties Union, FWD.us and The Leadership Conference on Civil and Human Rights; and Never Again Action is a Jewish organization working to close Immigration and Customs Enforcement detention facilities.