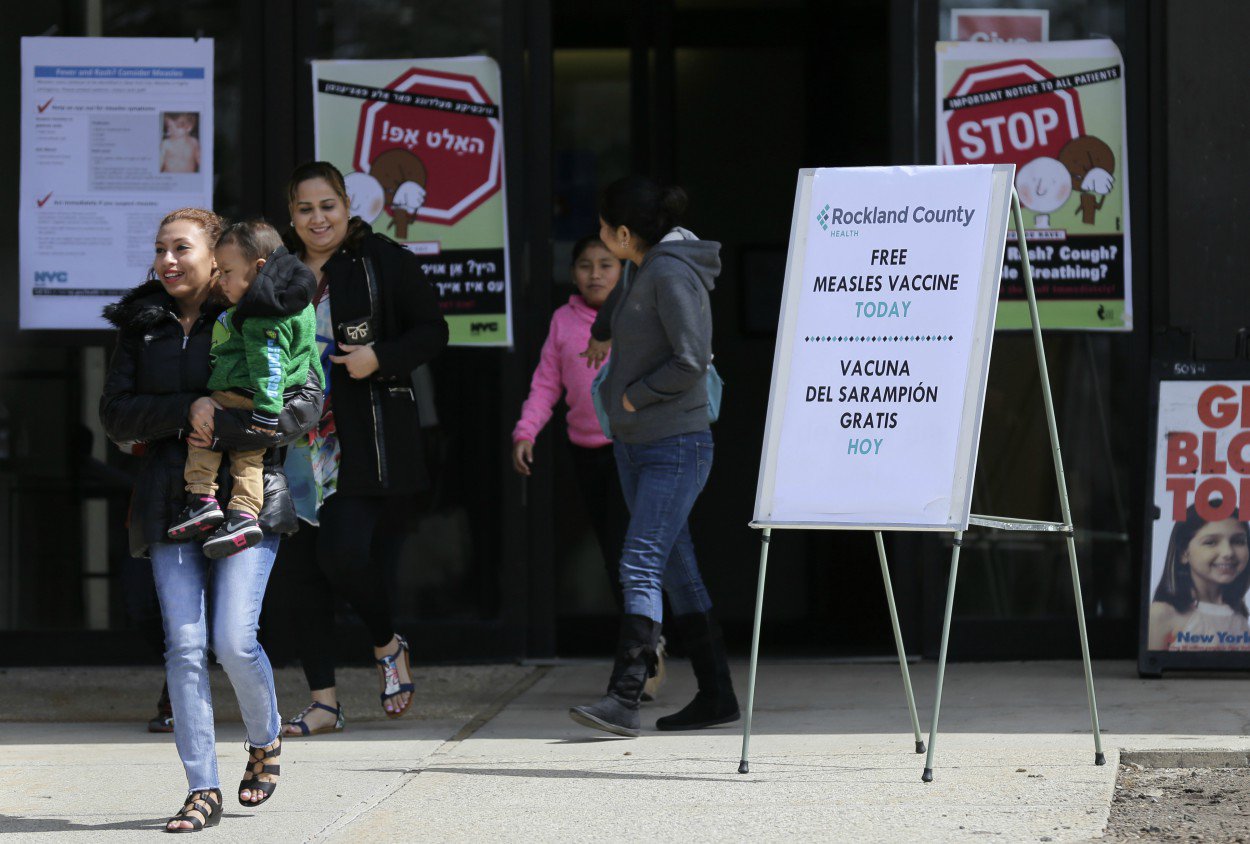 A measles outbreak among a small segment of schoolchildren in New York has prompted the city’s Mayor Bill de Blasio to declare the public health crisis an emergency in parts of Brooklyn. But the actual danger is the sheer number of children in the the NYC public school system that go unvaccinated — which threatens the majority minority city.

The city has seen a surge in measles cases – at least 285 cases of the measles since October. Health officials say the outbreak began in the Orthodox Jewish community in the Williamsburg neighborhood in Brooklyn. This places emphasis on privately run schools called yeshivas that give traditional religious instruction, and whose students can opt out of vaccination.

The city health department ordered Brooklyn yeshivas to exclude all children from classes who have not been vaccinated. As many as 228 of the 285 cases were diagnosed in Williamsburg. An emergency was also declared in Rockland County, to the north and west of New York.

City health officials say the outbreak in Brooklyn began in October when an unvaccinated child visited Israel, where a major outbreak of measles is occurring.

“We cannot allow this dangerous disease to make a comeback here in New York City. We have to stop it now,” de Blasio said at a news conference Tuesday. “We have a situation now where children are in danger. We have to take this seriously,” he added.

Read More:  WHO concerned about Europe's coronavirus outbreak as ICU beds near capacity in some regions

However, as the city battles to get the outbreak under control, The New York Daily News uncovered that there are at least 2,700 NYC public school students who are still unvaccinated because of a medical or religious exemption — these stretch farther than just the yeshivas. Those exemptions allow for parents to opt out of vaccinations that not only include measles, but polio, hepatitis and the flu too. The school system requires that students receive at least 10 different vaccinations.

But New York’s schools are overwhelmingly attended by students of color. Out of New York’s 1.1 million public school students, 27.1 percent are Black, and 40.5 percent are Hispanic., meaning a measles outbreak could go from threatening a small community in one neighborhood to the larger school system if there is a spread from one community to the next. Williamsburg borders largely Black and Hispanic communities to the South and East.

Those in violation with the order will be found guilty of a misdemeanor and incur fines. Anyone who cannot afford a vaccination will receive on for free.

Even though the spike in measles causes has caused the city big concern, City Education Department spokesman Doug Cohen said the schools are safe.

“Students attending Department of Education schools are required to be vaccinated, and with 98 percent of students fully vaccinated, our public schools are safe,” said Cohen.

Many believe the uptick in measles cases is due to an anti-vaxxer movement. New York state assembly members Jeffrey Dinowitz and Brad Hoylman have introduced legislation to eliminate non-medical exemptions from the state’s vaccination requirements, according to Patch.com.

“Choosing not to vaccinate without a medical reason is putting the rights of other children and their parents in jeopardy,” said Dinowitz. “We must rely on scientific fact and not allow the false information being spread on social media to dictate how to protect our children.”