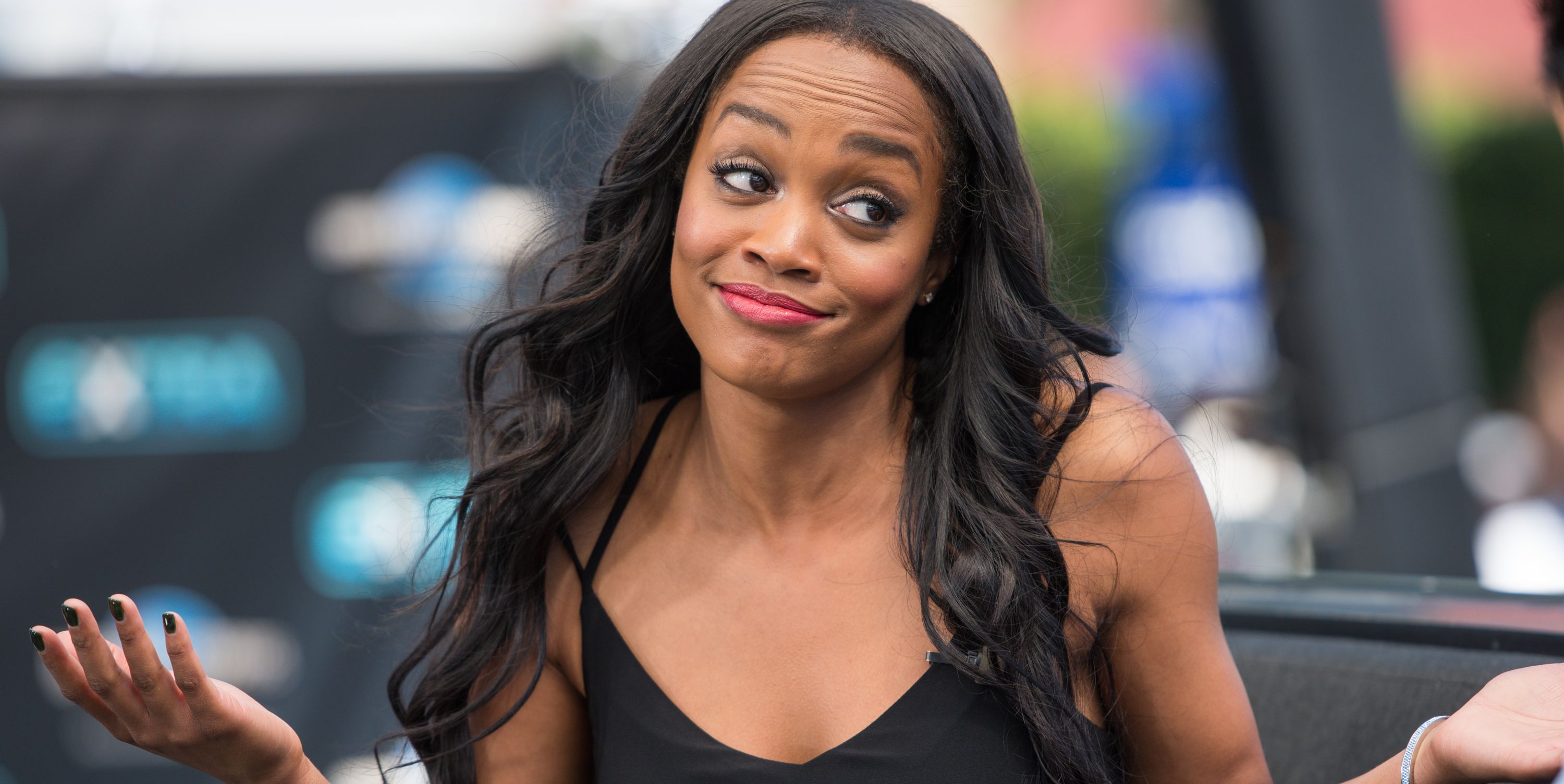 The Bachelor franchise typically tries to play it coy when it comes to what goes down in the Fantasy Suites—except for Raven Gates’ very obvious I-just-had-my-first-orgasm celebratory montage—but more recently, some former Bachelorettes have been incredibly open about their time on the show. Last season, Hannah Brown owned her sexuality, admitted to having sex with Pilot Peter in a windmill, and explained what the private night away from the cameras can be used for, and now, Rachel Lindsay revealed how many guys she had sex with on her season.

Rachel, who has been engaged to Bryan Abasolo since 2017, talked to Access Hollywood and said that before she accepted his proposal during the show’s finale, she had sex with another one of the contestants. She said, “You know what I can confess? People are always like, ‘Were you intimate with everyone in the Fantasy Suites?’ Two out of three. I have never said that before!”

BTW, her final three contestants were Bryan (duh), Peter Kraus, and Eric Bigger, although she decided to keep which other guy she slept with private. She did, however, tell Bryan which guy it was. She jokingly added, “I was very honest with Bryan. But he knows…I was very honest in the beginning, and we weren’t together technically, right? It doesn’t count until you put a ring on it!”

Maybe someone should tell that to Dylan Barbour, who is acting like Hannah Godwin is betraying him by making out with Blake Horstmann when they’ve only been talking for, like, three episodes.

Anyway! So that’s the latest in Rachel’s life!

Shannon Barbour News Writer Shannon is a news writer at Cosmopolitan.com, and when she’s not obsessing about Cardi B, she’s thinking about Justin Bieber and still trying to memorize Beyoncé’s Beychella choreography.