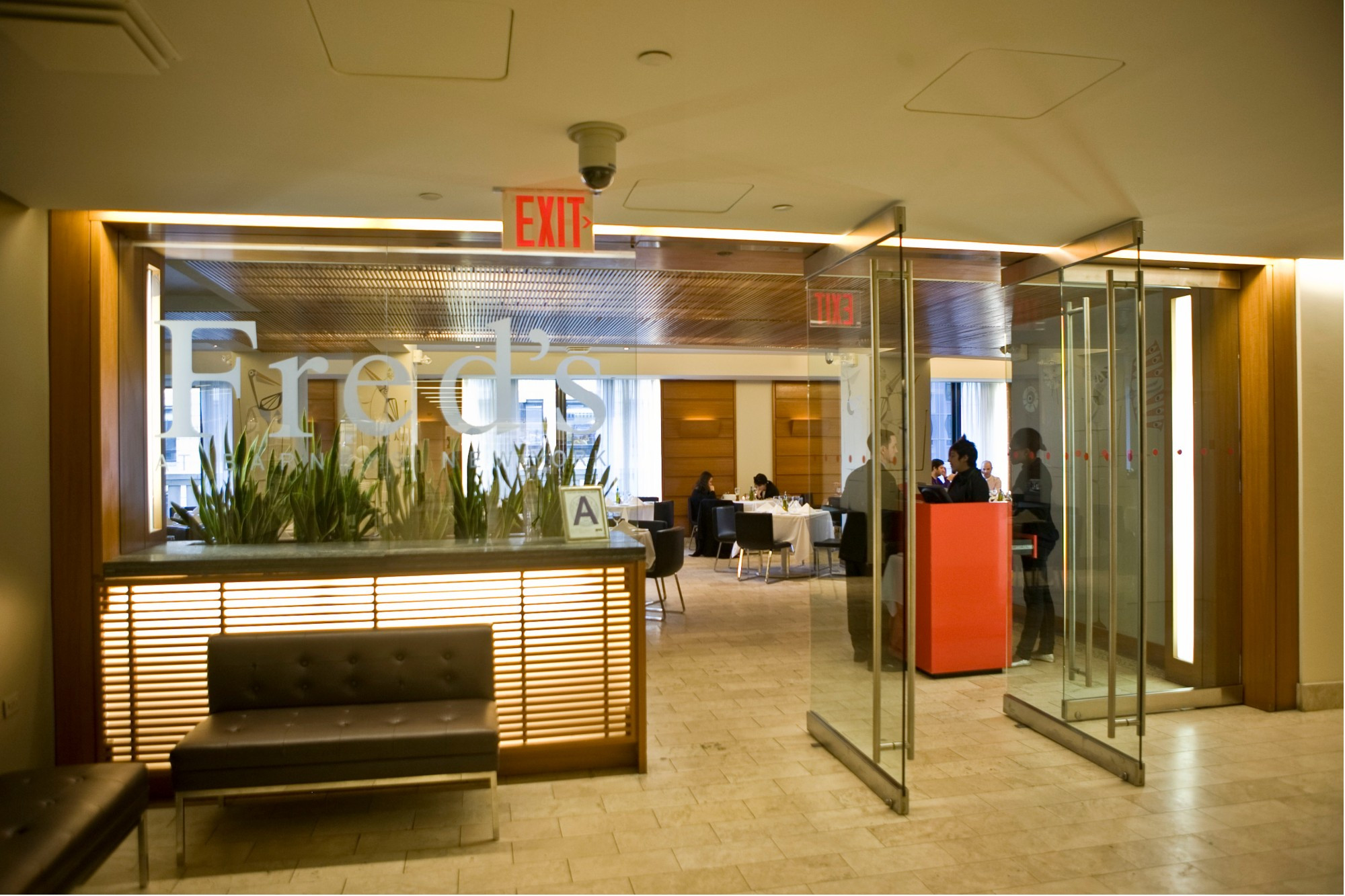 Ever since the liquidation of Barneys began, a quiet, uncomfortable question has gripped Midtown’s power-lunching set: What about Freds?

During the holidays, snooty shoppers griped that the luxury icon looked more like Sears or Kmart as the once-stately Madison Avenue flagship got plastered with garish orange-and-yellow signs hawking “Everything 30% to 50% off”.

Less noticed, however, has been the fact that Freds — a longtime, go-to spot for titans of industry like Jon Tisch and Corcoran Chief Executive Pam Liebman — is only accessible through elevators in the Barneys lobby.

Faced with chaotic crowds rummaging through bins of cashmere sweaters and scarves — now 60 and 80 percent off — fewer bankers, lawyers, real-estate moguls and fashion types are making the trip to the ninth floor, insiders told Side Dish.

“I just got back this week, so I haven’t been there yet this year,” one former regular said, noting that she hadn’t eaten there since before the holidays. “But I hear it’s a schlockfest.”

“We went for lunch or dinner a few times a week as we live across the street and our office is nearby, but now, because of the condition, sadly, we haven’t returned,” added Penny Glazier of hospitality company GlazierWorks.

It’s the latest sign of trouble for Freds, which escorted its founder chef, Mark Strausman, out the door in October after he blasted Barneys’ then-owner, hedge fund manager Richard Perry, to The Post. “When fashion people like Richard Perry think they can run a restaurant, I knew it was time to start looking,” Strausman said of his decision to open a second restaurant off Madison Square Park.

After 97 years in business, Barneys is getting reduced to a boutique inside Saks Fifth Avenue after Authentic Brands Group — a licensing firm that owns downmarket labels like Frederick’s of Hollywood — bought it out of bankruptcy on October 31 for $ 271 million.

Authentic Brands, however, has said that Freds will remain open for business after the department store shuts down. ABG also aims to license out the Freds name to upscale restaurateurs in far-flung luxury outposts in the Middle East and Asia-Pacific region.

“We’ll keep it open but it is too preliminary to say how at this moment,” a source close to the licensing firm said. “It takes time to dig in and get to understand the brands. That’s what we’re doing now.”

As for Madison Avenue, ABG’s current plan is to turn the department store, which declined to comment for this story, into an exhibition space of sorts to showcase its other brands, like Marilyn Monroe.

While it’s doubtful how that plan would play with the Freds set, the garish going-out-of-business sales have left many New Yorkers unsure whether the restaurant is even still in business.

One Upper East Side restaurateur, a former Freds regular, says the ground-floor sales scene is so frightening that venturing to the ninth- floor dining spot is no longer an option.

“I often cut through Barneys to get home,” the restaurateur said. “It is so depressing. I would never eat there now. I can’t even imagine how they can run that restaurant at full steam.”

Other regulars, however, are continuing to pledge their support.

Read More:  The Way to Defeat a Traffic Ticket - Certain Techniques to Be Aware of

Philanthropist Gillian Miniter, who has held a benefit dinner at Freds for the past two years, said she plans to hold the third-annual dinner for Tom Gold Dance this April. She is co-chairing it with Fe Fendi and Elyse Newhouse.

“I’ve been there recently several times, when they had all the signs. I don’t want to comment on that, but the restaurant was great and nothing had changed inside,” Miniter said. “It was still pretty crowded and filled with Upper East Side regulars on the weekends. I wanted to support it.”

Perhaps in a bid to woo Freds’ defecting power lunchers, Bergdorf Goodman has launched a new eatery inside its men’s store.

And the new eatery, Goodman’s Bar, boasts a much heartier menu than the department store’s existing restaurants on its seventh floor and basement, which are notoriously filled with slender women lunching on lettuce leaves.

The new menu is expected to cater to power suits — instead of to ladies — with ‘manly’ dishes like a runny egg breakfast sandwich with English cheddar and jambon de Paris on an English muffin — or with bacon, cheddar and potato chips with sour cream, caviar and horseradish oil.