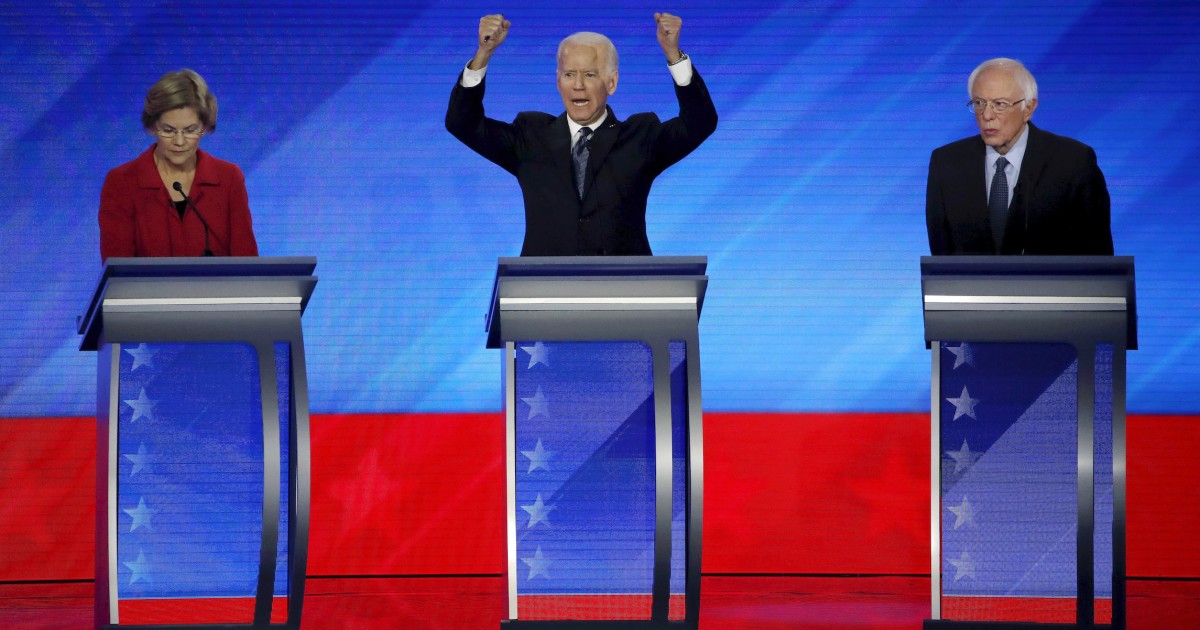 Joe Biden said in the Democratic debate he would demand that his appointees to the Supreme Court commit to upholding abortion rights.

Asked if he would make support for Roe v. Wade a litmus test for nominees, Biden said yes.

“A litmus test on abortion relates to the fundamental values of the Constitution,” Biden said. “A woman does have the right to choose. If they rule it to be unconstitutional, I will send to the United States Congress, and it will pass, I believe, a bill that legislates Roe v. Wade adjusted by Casey.”

Biden’s stance on abortion rights has drawn attacks from rivals in the Democratic Party, which has moved to the left on the issue. In June 2019, Biden said he still supported the 1976 Hyde Amendment, which prohibits the use of federal funds for abortion with exceptions for cases of rape, incest, and when the mother’s life is in danger. He walked back his support days later after enduring harsh criticism.

On Friday, Biden said that he would codify Roe v. Wade.

Read More:  Do You Know the Wide-Ranging Health Benefits of Selenium?