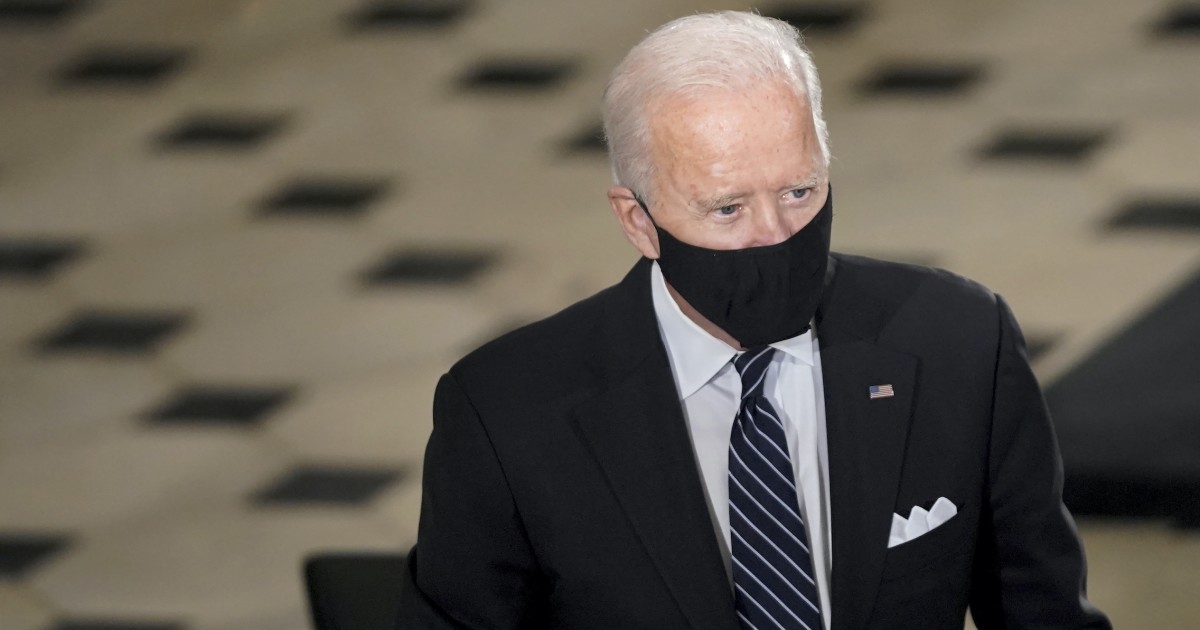 “She has a written track record of disagreeing with the U.S. Supreme Court’s decision upholding the Affordable Care Act. She critiqued Chief Justice John Roberts’ majority opinion upholding the law in 2012,” Biden said in a statement.

He added, “The American people know the U.S. Supreme Court decisions affect their everyday lives. The United States Constitution was designed to give the voters one chance to have their voice heard on who serves on the court. That moment is now, and their voice should be heard.”

Biden, the two-term vice president and the former chairman of the Senate Judiciary Committee, has been conspicuously quiet on the campaign trail regarding the Supreme Court fight to replace the late Justice Ruth Bader Ginsburg. GOP strategists suspect Barrett’s likely confirmation, Trump’s third, will energize Republicans, particularly those who have been turned off by the president’s first-term record.

But he did speak from Philadelphia’s Constitution Center last weekend, imploring GOP senators to uphold their constitutional oaths. There, he said that if Trump proposed a candidate before the Nov. 3 general election, the Senate shouldn’t look at the appointment until “after the American people select their next president, their next Congress, their next Senate.”

“If I win this election, President Trump’s nominee should be withdrawn. And as the new president, I should be the one who nominates Justice Ginsburg’s successor,” he told a small group of reporters.

Barrett, 48, is a Trump-appointed judge for the Illinois-based 7th Circuit Court of Appeals. The mother of seven also teaches civil procedure, constitutional law, and statutory interpretation at her alma mater, the law school at the University of Notre Dame, where she graduated first in her class in 1997. She was previously a clerk for Supreme Court Justice Antonin Scalia and practiced private law in Washington, D.C.