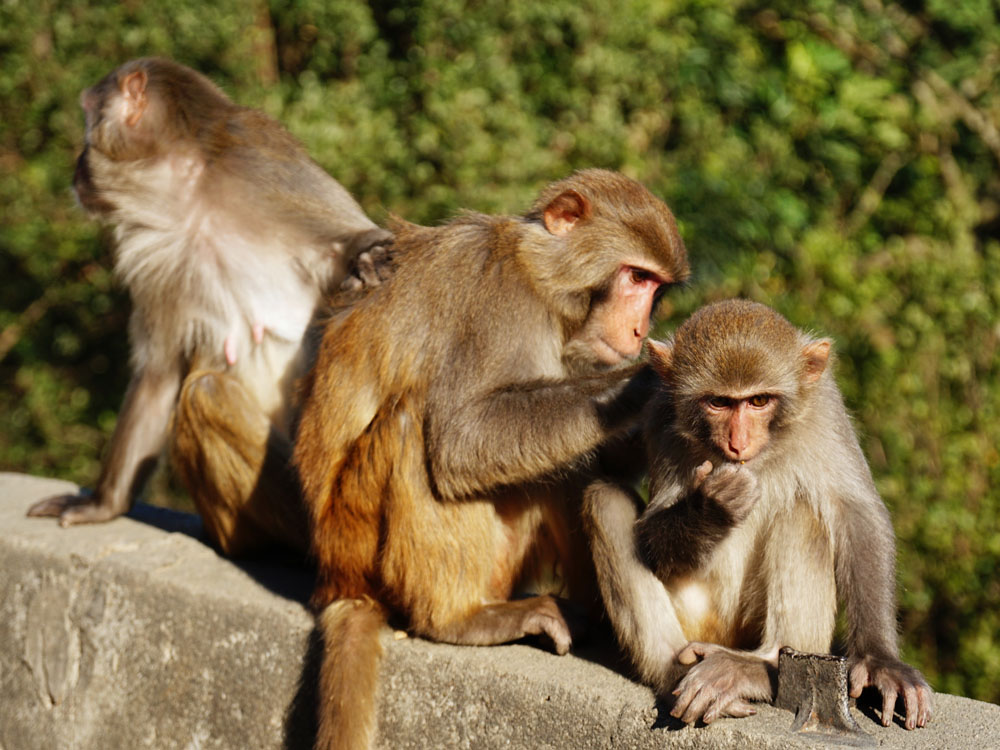 Their brains may not be bigger than normal, but monkeys created with human brain genes are exhibiting cognitive changes that suggest they might be smarter — and the experiments have ethicists shuddering.

In the wake of the genetically modified human babies scandal, Chinese scientists are drawing fresh condemnation from philosophers and ethicists, this time over the announcement they’ve created transgenic monkeys with elements of a human brain.

A team led by scientists at the Kunming Institute of Zoology at the Chinese Academy of Sciences say they generated 11 transgenic rhesus monkeys carrying human copies of a gene known as MCPH1, which they describe as an important gene for brain development and brain evolution.

The gene is involved in a process known as neoteny — the delaying or slowing of the development of an organism. As a baby’s brain develops after birth, MCPH1 is expressed in abundance, but less so in nonhuman primates.

The monkey’s brains developed along the same timeline as a human brain.

Six of the monkeys died, however the five survivors “exhibited better short-term memory and shorter reaction time” compared to their wild-type controls, the researchers report in the journal

According to the researchers, the experiments represent the first attempt to study the genetic basis of human brain origin using transgenic monkeys. The findings, they insist, “have the potential to provide important — and potentially unique — insights into basic questions of what actually makes humans unique.”

For others, the work provokes a profoundly moral and visceral uneasiness. Even one of the collaborators — University of North Carolina computer scientist Martin Styner — told MIT Technology Review he considered removing his name from the paper, which he said was unable to find a publisher in the West.

“Now we have created this animal which is different than it is supposed to be,” Styner said. “When we do experiments, we have to have a good understanding of what we are trying to learn, to help society, and that is not the case here.”

In an email to the National Post, Styner said he has an expertise in medical image analysis and was approached by the researchers back in 2011. He said he had no input on the science in the project, beyond how to best do the analysis of their MRI data. “At the time, I did not think deeply enough about the ethical consideration.”

He eventually grew more and more uncomfortable with the generation of transgenic monkeys, “or even worse, transgenic apes,” for studying brain development.

“So, yes, it’s morally risky to move towards humanizing primates, particularly when we are talking about the brain,” Styner said.

Styner’s co-authors, however, said the traditional mouse or rat models were “less ideal” than monkeys because of the vast dissimilarities in brain size and structure between humans and rodents.

When it comes to the scientific use of nonhuman primates, ethicists say the moral compass is skewed in cases like this.

Given the kind of beings monkeys are, “I certainly would have thought you would have had to have a reasonable expectation of high benefit to human beings to justify the harms that you are going to have for intensely social, cognitively complex, emotional animals like monkeys,” said Letitia Meynell, an associate professor in the department of philosophy at Dalhousie University in Halifax.

“It’s not clear that this kind of research has any reasonable expectation of having any useful application for human beings,” she said.

The science itself is also highly dubious and fundamentally flawed in its logic, she said.

“If you took Einstein as a baby and you raised him in the lab he wouldn’t turn out to be Einstein,” Meynell said. “If you’re actually interested in studying the cognitive complexity of these animals, you’re not going to get a good representation of that by raising them in labs, because they can’t develop the kind of cognitive and social skills they would in their normal environment.”

The Chinese said the MCPH1 gene is one of the strongest candidates for human brain evolution. But looking at a single gene is just bad genetics, Meynell said. Multiple genes and their interactions affect the vast majority of traits.

The researchers had expected their transgenic monkeys would have developed a bigger than normal brain, which wasn’t the case. The monkeys “did not manifest an enlarged brain size,” they reported — again underscoring that a single gene has limited effect on brain development.

One of the lead authors, Bing Su, told MIT that he’s testing other genes involved in brain evolution, including one dubbed the “humanity switch” for its presumed role in human intelligence. As Vox reports, Su told the journal Nature in 2016 that he was also keen to experiment with FOXP2 a gene that expresses a protein required for the proper development of speech and language. “I don’t think the monkey will all of a sudden start speaking, but will have some behavioural change,” Su said.

Monkeys have all of the morally relevant traits that we have “that would make it wrong to do this kind of random, ‘gee, let’s see what happens’ research on humans,” Meynell said — research, of course, that’s now been done in China with the birth of genetically modified twin girls. Last November, He Jiankui announced that he had edited the DNA of human embryos so that the babies would be resistant to HIV.

Read More:  Your Best Way to Outshine Others in a Screenwriting Competition

In the monkey experiments, the researchers introduced the human MCPH1 copies into the rhesus monkey genome by injecting a virus containing the gene into monkey embryos.

The University of Alberta’s Timothy Caulfield has warned that the more we humanize animals, the more it raises profoundly sticky moral questions, including the remote but not impossible risk animals could somehow develop human consciousness.

Two years ago, American researchers succeeded in creating human-pig chimera embryos with the ultimate goal of one day growing human organs in animals for transplant.

Browse a magazine or website dedicated to health and you’ll often hear that familiar commandment: take your supplements! And with good reason: minerals and vitamins play an important role in …
Canada has one of the highest prevalence rates of multiple sclerosis (MS) in the world. Each person experiences disease onset and progression in a different way.
It is one of the great successes of modern medicine that certain diseases, such as multiple sclerosis (MS), that once had no viable treatments now have a variety of therapies …
Multiple sclerosis (MS) is an unpredictable disease that can have a profound impact on a person’s ability to earn a living.
Since 2000, wildlife collisions have killed as many Canadians as the Korean War
It starts with lobsters. You have to understand about the lobsters
Just 59 per cent of Canadian millennials were found to have attained middle class status by their 20s, compared to 67 per cent of their boomer parents
‘Yours to Discover’ says ‘feel free to explore’ and ‘do what you want.’ It’s been going around the block since the early ’80s and has learned a thing or two