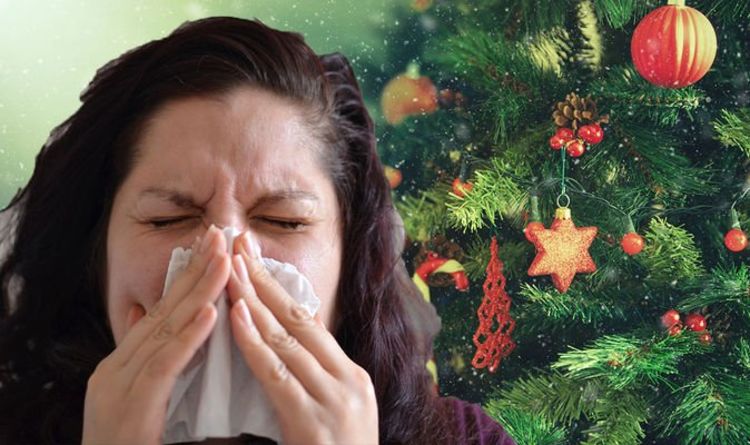 It’s been estimated that approximately 35 percent of people in the UK and US suffer from an increase in hay fever like symptoms at Christmas, with real trees causing the most problems. Known as ‘Christmas Tree Syndrome’ it is a common allergy to a variety of airborne allergens that can get lodged in the Christmas tree. The condition emerged following research by Dr Lawrence Kurlandsky, an allergy specialist, who wanted to find out why respiratory illnesses peak around Christmas. For those unlucky to be suffering from the syndrome, tree decorating will be the last thing on your list of priorities.

A team of scientists from Upstate Medical University analysed clippings from 28 Christmas trees including needles and bark, from a range of species and found that they housed a whopping 53 different types of mould.

Also, pollen from other trees also gets lodged in the bark.

All these allergens combined can provide a powerful trigger for those that are sensitive.

Even artificial trees can harbour dust which may trigger an allergic reaction.

The typical signs of Christmas Tree Syndrome include having an asthma attack after the tree is brought indoors or flu-like symptoms such as runny nose, coughing and sneezing. In extreme cases it could cause more serious complications such as bronchitis and pneumonia.

Put your tree up as late as possible to help minimise the risk of exposure to mould.

“Regularly apply an allergen barrier balm such as HayMax around your nostrils to help stop the allergens getting up your nose. Use an air purifier to help clear the air of mould particles.