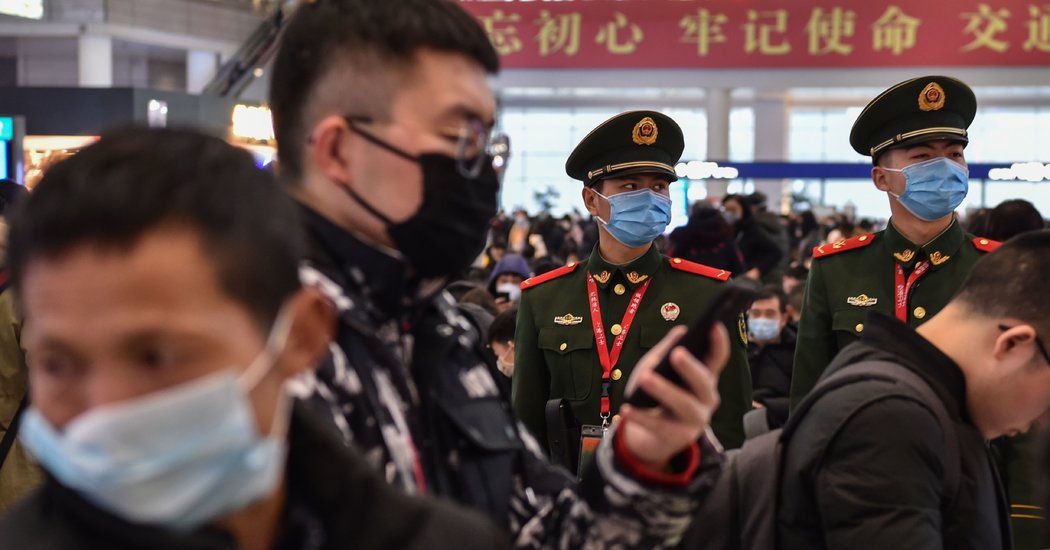 The World Health Organization on Thursday decided not to declare the Wuhan coronavirus outbreak a global emergency, despite the spread of the dangerous respiratory infection from China to at least five other countries.

Although the disease has reached beyond China, the number of cases in other countries is still relatively small, and the disease does not seem to be spreading within those countries, agency officials said. Of more than 800 cases now reported, the wide majority — and all the 25 deaths — have been in China, according to Chinese officials.

“At this time, there is no evidence of human-to-human transmission outside China,” Dr. Tedros Adhanom Ghebreyesus, the W.H.O.’s director general, said at a news conference in Geneva. “That doesn’t mean it won’t happen.”

“Make no mistake,” he added. “This is an emergency in China, but it has not yet become a global health emergency. It may yet become one.”

The committee weighing the decision was divided, its chairman, Dr. Didier Houssin, said during the briefing. Some members felt the course of the outbreak warranted an emergency declaration now, but others said it that was too soon to decide, citing the limited number of cases in countries outside China as well as the country’s efforts to contain the virus.

Emergency declarations can appear to single out one country as a threat to the rest of the world. Dr. Houssin said the committee also considered the potential impact of its decision on people in China.

Dr. Tedros said he would not hesitate to ask the W.H.O. to reconsider declaring an emergency, even within a matter of days, if more evidence emerges to prove that the outbreak poses a global threat.

Read More:  Britons will be allowed to holiday in countries with high vaccination rates, PM to announce

There will probably be more cases of the disease in other parts of China and other countries, and all countries should have measures in place to detect cases, including at health facilities, W.H.O. officials said.

The new infection is caused by a coronavirus, from the same family that caused epidemics of SARS and MERS, which have killed hundreds of people in dozens of countries.

The first cases of the Wuhan illness occurred in people who had been to a market that sold fish and a variety of live animals for consumption, and researchers think the virus came from one of those animals. But which animal is not known. The market was shut down, and it is not clear whether any of the animals or products there were kept for testing.

Finding the source is important, so sales of that animal and its meat can be halted. China has many such markets, and they were also the origin of SARS.

So far, Dr. Tedros said, about a quarter of the people infected had become severely ill, but most others had milder symptoms. Most who died had underlying health problems, and many were older than 60.

About 830 people have been infected with the virus in China, and at least 25 have died, according to Chinese authorities.

Human-to-human transmission has occurred in China, but so far appears limited to people in close contact with patients: family members and health workers caring for the ill.

Carried by travelers, the virus has reached Japan, South Korea, Thailand, Singapore, Taiwan, Vietnam and the United States. Investigators in other countries, including Mexico, are evaluating suspected cases.

Officials in China have closed transportation links from and within Wuhan, and are imposing travel restrictions on other affected cities. These steps have significantly escalated the country’s efforts to contain the spread of the virus just days before the Lunar New Year holiday, when hundreds of millions travel in and out of the country.

Dr. Tedros said that he hoped that the measures China took would be effective and short-lived.

Only five global public health emergency declarations have been made in the past:

The decisions are fraught. Health authorities do not want to cry wolf by raising alarms about an illness that turns out not to be severe — or to ignore a real threat. If they act relatively early in an outbreak, as in this case, they may lack key information about the severity and contagiousness of the disease.

Read More:  Multivitamins' 'Benefits' All in Your Head: Study

There are political and economic considerations as well. Declaring an emergency signals to governments that the situation is serious and that international help and cooperation are needed to contain the outbreak.

Control measures may save not only lives, but money. The SARS epidemic, caused by a related coronavirus in 2002 and 2003, cost the global economy $ 30 billion to $ 100 billion, according to an article published Thursday in the medical journal JAMA.

But declaring an emergency may stigmatize the country struggling with an outbreak, and spur costly bans on travel and trade by other countries, even if health authorities discourage those actions.

“I think there is a general sense that we need to go back and revisit public health emergencies and what they mean,” said Michael Osterholm, an epidemiologist at the University of Minnesota. “I think it’s not clear — do they or do they not bring more resources, or more controversy?”