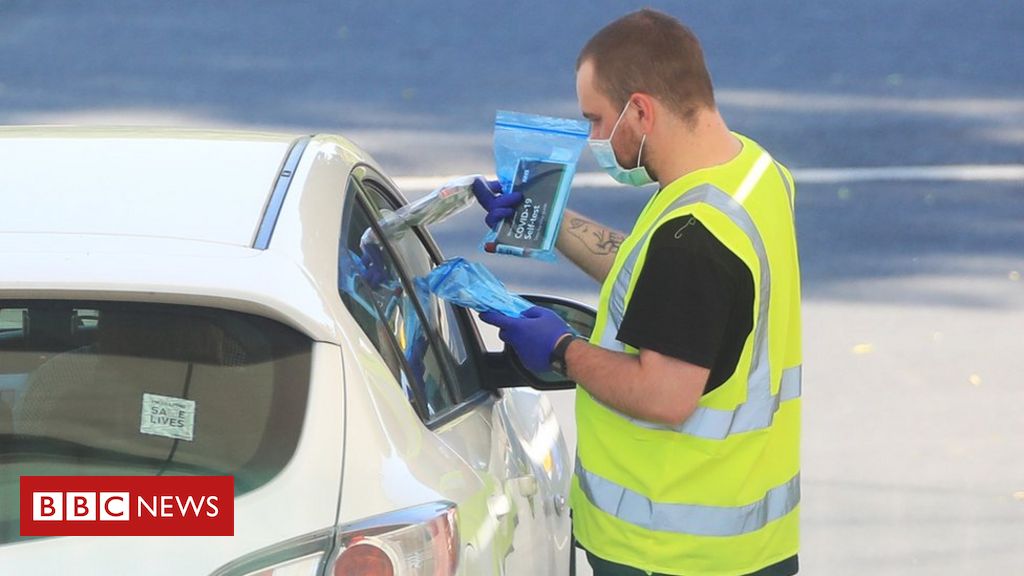 Public Health England is to be replaced by a new agency that will specifically deal with protecting the country from pandemics, according to a report.

Ministers have reportedly been unhappy with the way PHE has responded to the coronavirus crisis.

The government was contacted by the BBC but declined to comment on the report.

A Department of Health and Social Care spokesperson said: “Public Health England have played an integral role in our national response to this unprecedented global pandemic.

“We have always been clear that we must learn the right lessons from this crisis to ensure that we are in the strongest possible position, both as we continue to deal with Covid-19 and to respond to any future public health threat.”

The Telegraph reports that Mr Hancock will merge the NHS Test and Trace scheme with the pandemic response work of PHE.

The paper said the new body could be called the National Institute for Health Protection and would become “effective” in September, but the change would not be fully completed until the spring.

The Robert Koch Institute, which the new body will reportedly be based on, is an independent agency that has taken control of Germany’s response to the pandemic.

Earlier this month, the government brought in a new way of counting daily coronavirus deaths in England following concerns that the method used by PHE overstated them.

Read More:  Signs you should see your doctor about your stye

Prime Minister Boris Johnson has also said the country’s response to Covid-19 could have been done “differently” and the government needed to learn lessons.

There has been talk in the air at Westminster for a while about a major shake-up or even axing of Public Health England.

Blame for the controversial decision to halt community coronavirus testing and tracing in March has been laid at PHE’s door.

The organisation crops up with others in the political crossfire over the handling of the Covid-19 crisis. Now it has emerged that its remaining responsibilities for virus testing and infection data surveillance in England will be transferred to a new body including NHS Test and Trace.

PHE will continue to be responsible for now for prevention issues such as anti-obesity measures.

It is easy to point the finger at PHE, but it is an executive agency accountable to the secretary of state, Matt Hancock.

Decisions in March were made in collaboration with ministers and the chief medical and scientific advisers. Sources point out that PHE was never set up to be a body responsible for mass community testing and that what’s needed now is an organisation fully focused on pandemic planning.

A full examination of who is responsible and culpable for which policies will have to wait for an independent inquiry – whenever that takes place.

John Ashton, a former regional director of public health in north-west England, said PHE had had “a bad pandemic” but criticised the government’s reported plans to scrap the organisation.

Read More:  Why Magnesium Is a Cornerstone Mineral for Health

“You don’t change horses mid-stream – this pandemic has still got a long way to run,” he said, adding that PHE should be strengthened rather than ditched.

PHE was created in 2013 – as part of an overhaul of the NHS in England under former health secretary Jeremy Hunt – with responsibilities including preparing and responding to health-related emergencies such as pandemics.

It currently employs around 5,500 full-time staff, made up mostly of scientists, researchers and public health professionals.