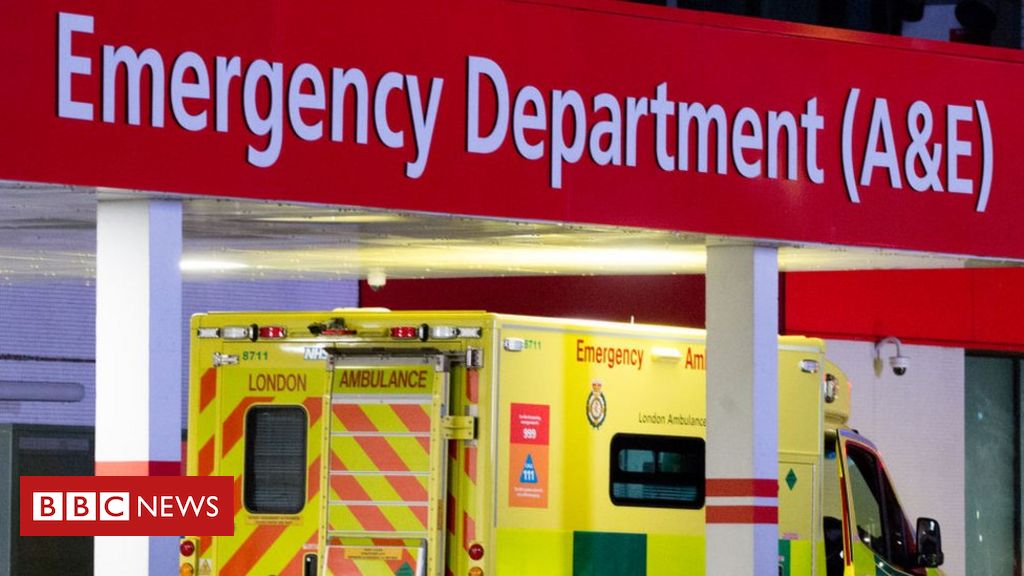 People requiring A&E will be urged to book an appointment through NHS 111 under a trial in parts of England.

The aim is to direct patients to the most clinically-appropriate service and to help reduce pressure on emergency departments as staff battle winter pressures, such as coronavirus and flu.

The pilots are live in Cornwall, Portsmouth, Hampshire and Blackpool and have just begun in Warrington.

If they are successful, they could be rolled out to all trusts in December.

However, people with a life-threatening condition should still call 999.

Under the new changes, patients will still be able to seek help at A&E without an appointment, but officials say they are likely to end up waiting longer than those who have gone through 111.

More NHS 111 call handlers are being brought in to take on the additional workload, alongside extra clinicians, the Department of Health and Social Care said.

A campaign called Help Us Help You will launch later in the year to urge people to use the new service.

The government has also pledged an extra £150m of funding to expand and upgrade 25 more A&Es to reduce overcrowding and improve infection control ahead of winter. This was in addition to the £300m announced for a number of trusts to upgrade their facilities, it said.

Health Secretary Matt Hancock said: “During the peak of the pandemic we saw millions of people using NHS 111 to get the best possible advice on Covid-19, and other urgent NHS services.

“These pilots will build on this and test whether we can deliver quicker access to the right care, provide a better service for the public and ensure our dedicated NHS staff aren’t overwhelmed.”

This trial scheme, which seems likely to be adopted at hospitals across England, will see big changes to what people are familiar with at A&E.

People who are not seriously ill will be actively discouraged from arriving at emergency departments without an appointment.

They won’t be turned away, but they have been warned there could be even longer waits than before.

On the other hand, those who have called NHS 111 first and been directed to A&E will get a confirmed time to see an appropriate clinician.

They could just as easily be directed to an urgent treatment centre or a mental health professional.

There’s the understandable aim of cutting unnecessary visits, so reducing overcrowding in waiting areas at a time when hospitals want to reduce the risk of Covid-19 transmission.

But for the plan to work, a big public information campaign is required and people will need to have confidence they can get through quickly to an NHS 111 call handler when they need to.

Data from the Department for Health and Social Care suggests there are 14.4 million A&E attendances in England that have not gone through NHS 111, a GP or via an ambulance.

It said 2.1 million attendances do not result in admission or treatment.

Chris Hopson, the chief executive of NHS Providers, said trusts will welcome the funding, as it will “enable them to provide better care for their patients this winter”, adding that the 111 proposals were the “right approach”.

Caroline Abrahams, charity director at Age UK, said the 111 scheme could have advantages for many older people, including avoiding waiting in crowded A&Es.

“However, it is important to stress that older people who have difficulty using the phone will not be turned away if they go straight to A&E as before,” she said.

The government also announced a consultation on new targets for waiting times in A&E is being launched as ministers prepare to scrap the current four-hour target.

Dr Katherine Henderson, president of the Royal College of Emergency Medicine, said: “Expansion of NHS 111 will help patients to be seen more quickly by the service most appropriate to their needs.

“We are pleased to have reached the consultation phase of how A&E performance is measured with a focus on the safe, timely care of the very sickest patients, and look forward to the publication of the proposals.”