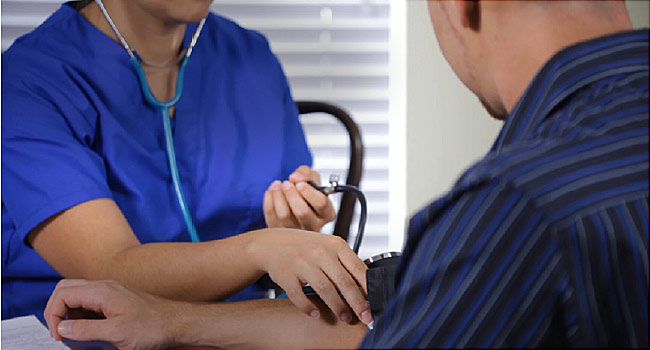 TUESDAY, May 26, 2020 (HealthDay News) — Many people with high blood pressure may have an unrecognized hormonal condition driving their numbers up, a new study suggests.

The condition, called primary aldosteronism, arises when the adrenal glands overproduce the hormone aldosterone. That causes the body to retain sodium and lose potassium, spurring a spike in blood pressure.

Doctors have long considered the condition an uncommon cause of high blood pressure. But that, researchers say, is because they are simply not testing for it.

It all suggests doctors need to “redefine” the traditional view of primary aldosteronism, said researcher Dr. Anand Vaidya, of Brigham and Women’s Hospital, in Boston.

Far from being rare, he said, it appears to be a common cause of high blood pressure.

The study is a “game changer,” according to Dr. John Funder, a distinguished scientist with the Hudson Institute of Medical Research, in Melbourne, Australia.

Funder said it shows that the way doctors have been screening for primary aldosteronism — for decades — does not provide the true story.

Funder, who wrote an editorial published with the findings, said the standard screening method is “fatally flawed.”

It is done via a single blood draw, taken in the morning. But aldosterone levels, like those of other hormones, fluctuate over the course of a day. So that single blood measurement, Funder explained, does not capture a person’s daily aldosterone secretion.

Read More:  What is the value of blood pressure

On top of the “misleading” test, he said, few people are screened at all.

Current guidelines suggest screening only in certain cases. That includes people who have “resistant” hypertension (the medical term for high blood pressure), which means blood pressure that remains high despite a three-medication regimen; and people with hypertension plus low potassium.

Yet even among those patients, only between 2% and 3% are ever screened, said Dr. William F. Young Jr., chair of endocrinology at the Mayo Clinic in Rochester, Minn.