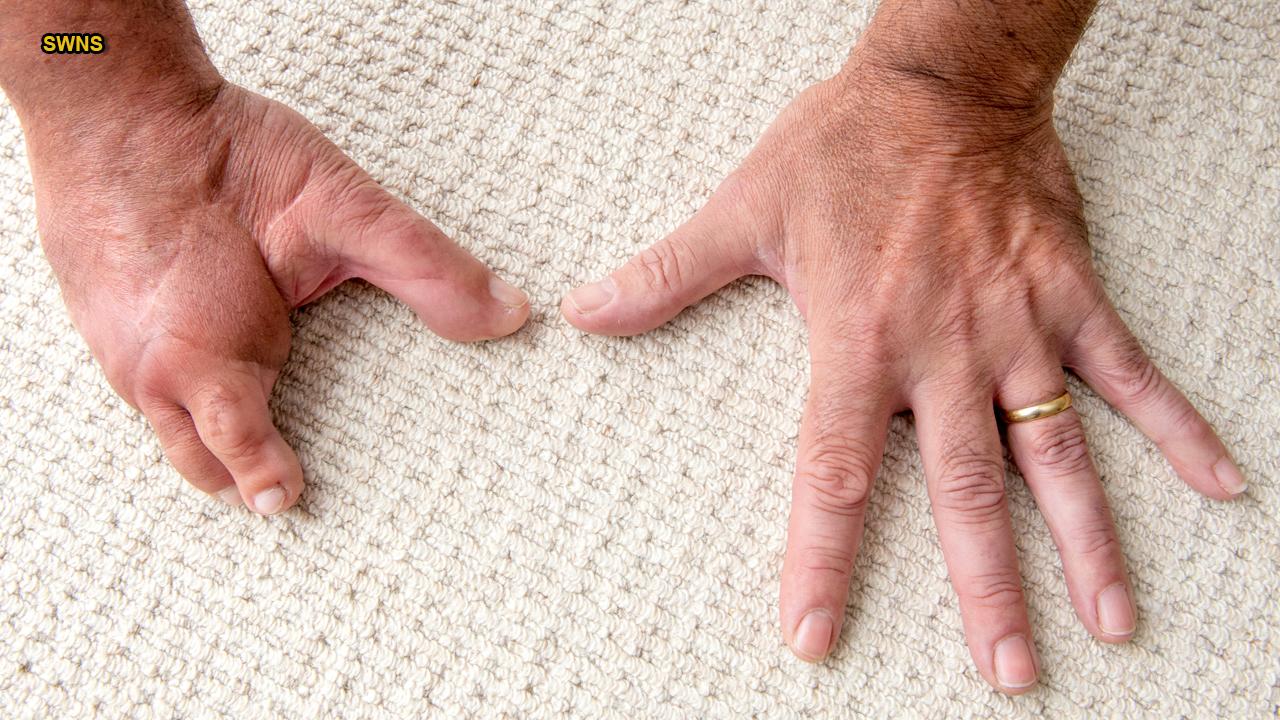 Medical Mysteries and Marvels: Jeremy Payton was the victim of a horrible industrial accident that left him without the fingers on his right hand. Years later, he heard about an operation in which surgeons could replace some of his fingers with his toes. Over the course of several surgeries, doctors transplanted multiple toes and were able to reconstruct his entire hand. Now, Payton has relearned a variety of activities and feels grateful for his life.

Jeremy Payton was a factory production manager simply taking care of industrial equipment when he became the subject of a horrible accident.

According to the New York Post, Payton lost his fingers when he reached into the factory’s blender machine. The blades had been left unguarded.

Initially, he didn’t know the extent of the damage, telling the first aid team that he thought he’d torn some skin. But to his surprise, the father of newborn twins and a toddler realized he only had a stump left for a hand, reports the New York Post.

Despite high hopes, doctors couldn’t recover the fingers. Payton was left disabled from activities he once enjoyed, like golf and DIY house projects.

However years later, Payton heard about an operation in which surgeons could replace some of his fingers with his toes.

According to the Mirror, Payton was the only person to ever receive this operation to reconstruct his entire hand.

Read More:  Could Screens' Blue Light Make You Old Before Your Time?

Plastic surgeon, Mark Pickford, told the publication that such an operation is usually considered for children born without digits.

However, Payton needed the surgery so he could regain the use of his hands. Over the course of several surgeries, doctors transplanted several middle toes to his hand and one big toe to use as a thumb.

According to the New York Post, Payton couldn’t help much with the kids after the accident occurred nearly 20 years ago. At the time, his wife was left to tend to newborn twins and their 18-month-old son alone.

But now, Payton has relearned a variety of activities: helping with the kids, peeling vegetables, doing handiwork around the house and even playing golf again.

Payton told the Mirror that he feels grateful for his life.

“You have to view life as precious,” he said, talking about the other patients he saw at the hospital in much worse condition.