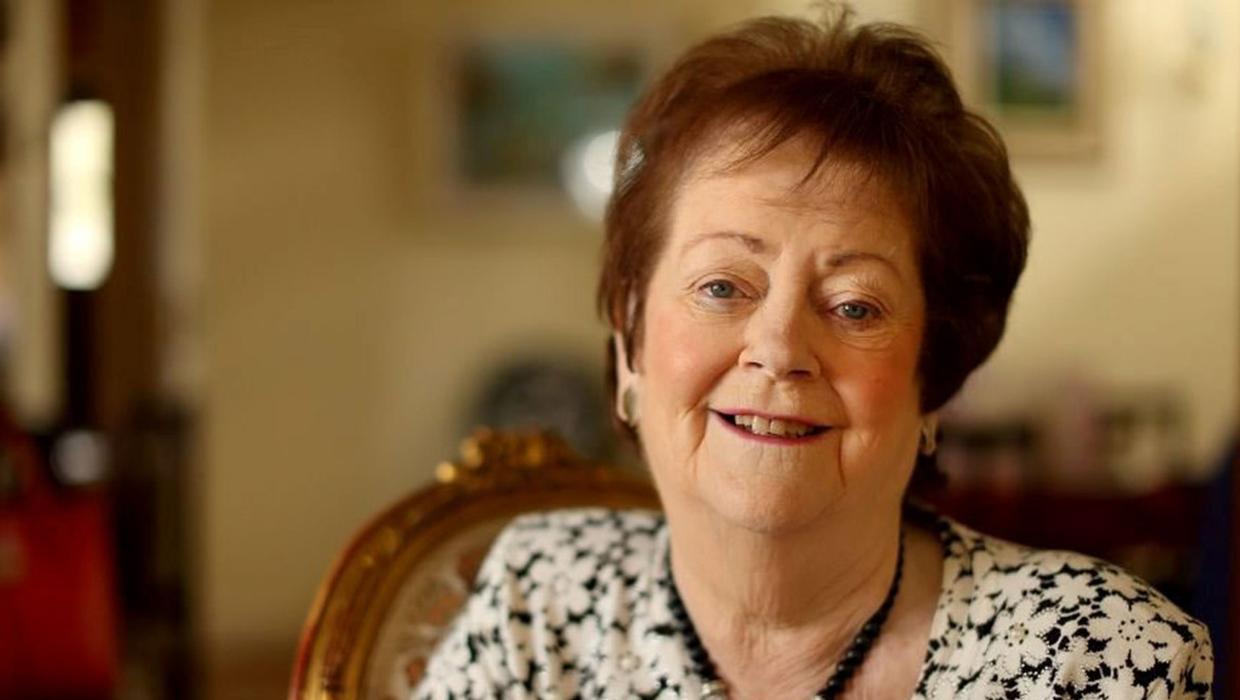 So what have I been doing since we last spoke together? Not much – like anyone else of my age. However, last Friday I decided that I saw no forbidding of driving, so I dressed myself up, put on my smart red jacket, got my car keys and proceeded to drive down through the town of Athlone.

t was one of the beautiful fine days, so I let down the window and prepared to smile and wave at anyone I met. Sadly, there were only very few people out, but we did exchange smiles as I drove on.

Before I started, I put on my new red lipstick, Ruby Pop by Clinique, which I remembered buying in the pharmacy in the week before Christmas.

How long ago that seems! It seems almost a century ago, when everything was carefree and I had happy thoughts of my lipstick and having a good time over Christmas, which indeed we had.

But this is a different, different time. Nevertheless, attired in my scarlet jacket and my scarlet Ruby Pop lips, I motored on through the town and over the River Shannon to the west side of Athlone.

Athlone is divided into two towns: there is the Leinster side, and once you cross the River Shannon, you are in Connaught.

As I crossed over the bridge, I thought of Sergeant Custume who, 320 years ago, with his small band of men, did his best to repel the English and Williamite forces from crossing the River Shannon, and so gaining access to the rest of Ireland – 1691 and all of that.

Alone in my car, I said the four lines by Aubrey de Vere:

Read More:  How to help families struggling to find their way in a foreign culture [PODCAST]

St Ruth in his stirrups stood up, and cried,

“I have no seen no deed like that in France!”

With a toss of his head Sarsfield replied,

“They had luck, the dogs! ‘Twas a merry chance!”

So, buoyed up with the bravery of Custume, I motored on through all of the west side of the town, turned around and came home. Meanwhile, the fresh air was blowing in, and I felt invigorated and better when I arrived home.

So, what else have I been doing? Well, I have taken to prayer. Now, in case any of the readers think I am gone all holy, not so. I remember vividly an incident from many years ago when I was a boarder student in Loreto Convent in Bray. We had a wonderful teacher of Latin, a Mother Benedicta Corless from the West of Ireland. When I told her I was trying to say a prayer to God for my exams, she said “Oh, don’t be silly, Mary, the Lord is far too busy to be watching the whole world and everyone in it. You pray to his Mother,” and she gave me a leaflet with the Memorare on it.

From then on, in times of stress, I have said the Memorare. I now say it when I get into bed at night, asking that I would sleep well and wake up in the morning.

So far, it has worked! So I’m grateful for that far-away lesson I learned so well.

I have kept strongly to the maxim: I pay no attention to social media, no attention to various health professionals who give us of their wisdom on radio or TV. I rely completely on the national health committee headed up by Dr Tony Holohan, who give their results each night.

The said Dr Holohan is getting thinner by the day. I love the way he takes out his spectacle case and quite deliberately takes his glasses out as he reads us the latest details.

Equally, Simon Harris is ageing before our eyes with his chalk-white face and his hair sprouting threads of grey due to his constant work on our behalf.

I’m observing physical distancing. I had begun to use that terminology long before this week when it became fashionable. I thought it more explicitly expressed what exactly it is we should be doing with the distance between us.

I am going to, each day, go off in my car and take a little trip, east side to west side, and maybe a wee bit further out as far as the Hodson Bay Hotel. No, of course I won’t be going into it, but I will park on the high road above it and I will let down my two windows, listen to the radio, and think long thoughts.

So, how was Mother’s Day? The flowers, phone calls, a visit of physical distancing, and it was all over. What’s in the week ahead? More solitary drives, more reading, and more bright clothes and Ruby Pop lipstick.