The treatment — which is called auriculotherapy and involves the application of tiny gold and silver-plated magnetic beads to the ears — is based on the traditional art of Chinese acupuncture.

The practice of auriculotherapy was developed in the 1950s by neurologist Paul Nogier, who proposed the ear was a microcosm of the body and reported that stimulating specific points in the ear could relieve various health conditions and pain in the body.

In recent years, a number of studies have found acupressure of the ear to be effective for everything from pain-relief, addiction, and anxiety and stress management, possibly due to the stimulation of the sympathetic and parasympathetic nervous systems via the ear, which is a highly enervated part of the body.

Bondi-based brand Auricle ear seeds have seen huge interest in their gold and silver-plated ear seeds since they launched last month, with Australian influencers such as Keira Rumble, Caroline Groth, and Kassey Maynard among fans.

“More and more of us are looking for alternatives to pain relief than what we can find on supermarket shelves, and I think that’s why ear seeds have become so popular,” Auricle founder Elle Halliwell says.

“They’re also much more aesthetically appealing than the original ear seeds, which were made from black seeds of the Vaccaria plant and applied with skin-colored bandage tape.” 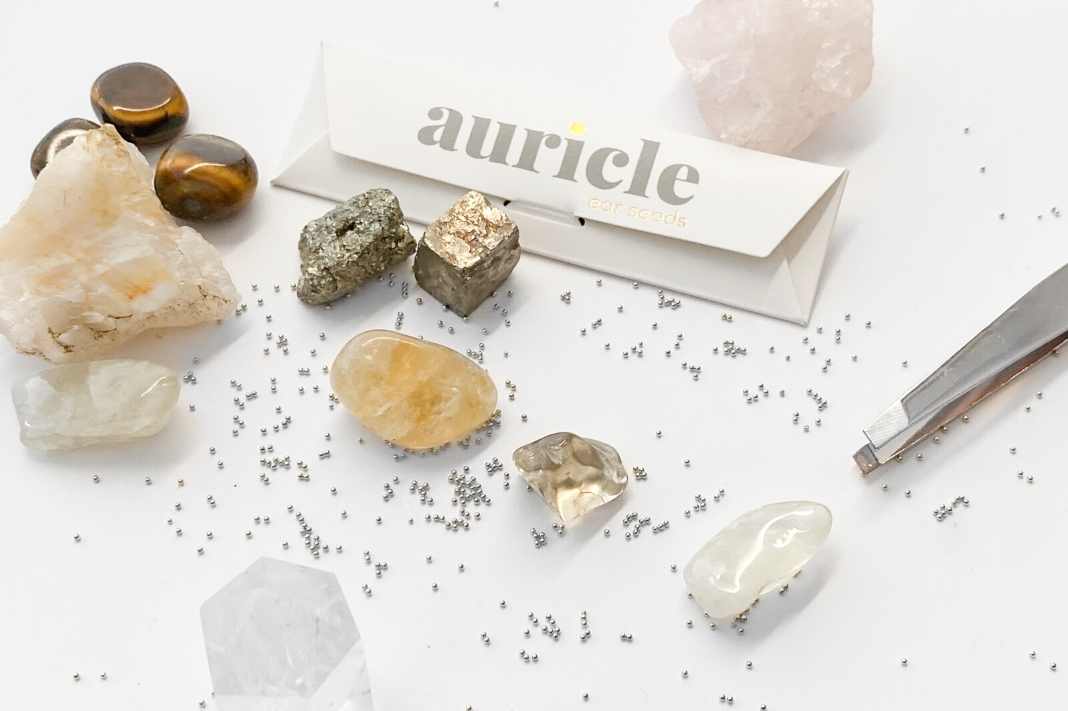 The certified health coach and author said the therapeutic pellets were easy to apply at home, and just involved pressing them on certain points of the ear with tweezers, using specific protocol guides which came in the brand’s ear seed packs.

They can be worn for up to four days and simply peel off.

“It’s really nice to incorporate into a meditation practice or apply before a yoga session, as I find they’re most effective when you spend some time tuning in to your body and directing your energies to the areas which need the most support and healing.”

Keen to try? Bondi Beach based Auricle ear seeds sold out in their first month, but, you can still get your hands on the hottest wellness trend with their second release hitting the ‘e’ shelves this June 5th. We’ve already put our names down on the waitlist, and you can too by visiting auricleearseeds.com.