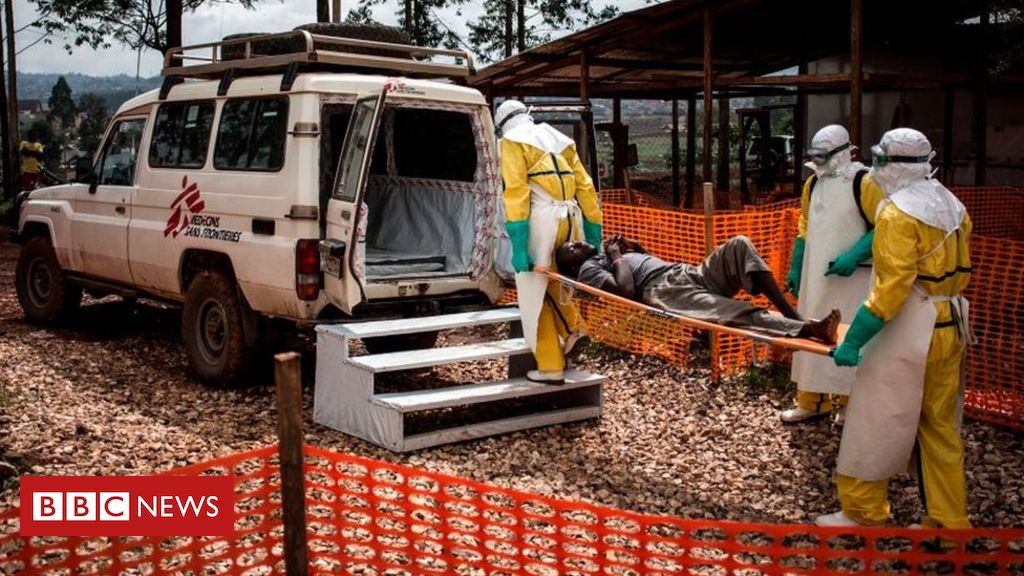 The World Health Organization says the spread of Ebola in the Democratic Republic of Congo is not yet a global health emergency.

The Ebola outbreak is the second biggest in history – infecting 1,206 people and killing 764. It shows no sign of being contained soon.

Efforts by healthcare workers have been hampered by conflict and rebel attacks.

And experts have warned it will be “very difficult to bring it under control”.

But Prof Robert Steffen, chairman of the WHO’s emergency committee on Ebola, said declaring an emergency would not change anything on the ground.

He said: “It does not mean we can lean back and relax.

“Funds are now needed to avoid a public health emergency of international concern.”

The World Health Organization said it had received only half the money it needed to tackle the disease.

The outbreak started in August 2018 and is still contained within two provinces in DRC – North Kivu and Ituri.

However, the WHO has warned a “rising number of security incidents” has been making it hard to monitor the spread of the virus, vaccinate people and contact anyone who has been in contact with an Ebola patient.

Cases have been increasing in recent weeks and the WHO says the risk of the virus spreading to neighbouring countries is “very high”.

It says the risk of the virus spreading globally is low.

Most Ebola outbreaks are over quickly and affect small numbers of people.

Only once before has there been an outbreak that was still expanding – and with such a high number of cases – more than eight months after it began.

Dr Jeremy Farrar, director of the Wellcome charity, said: “The teams in DRC need all our support and resources, including finance, healthcare workers, enhanced security and infrastructure, as well as more international political support.

“This epidemic is at a very dangerous phase in an incredibly difficult environment, and we urgently need the response to evolve to help stop Ebola spreading and save lives.”

Unlike the West Africa outbreak, a vaccine has been available which is being used to protect people at risk – including doctors and people who come into contact with an Ebola patient.

However, there have still been 85 cases and 30 deaths among healthcare workers, which further reduces the ability to deal with the outbreak.

There is also a trial of experimental drugs taking place in Ebola centres in the country.

A “public health emergency of international concern” was declared for the Ebola outbreak in West Africa and the Zika virus outbreak in 2016.

Dr Rebecca Katz, the director of the Center for Global Health Science and Security at Georgetown University, said the decision not to declare an emergency was disappointing.

She said: “This is a deeply concerning event, due to the pathogen itself, the total number of cases, the increase in cases just this week, and the difficulty of co-ordinating the response due to conflict – that needs to receive the appropriate level of attention.”