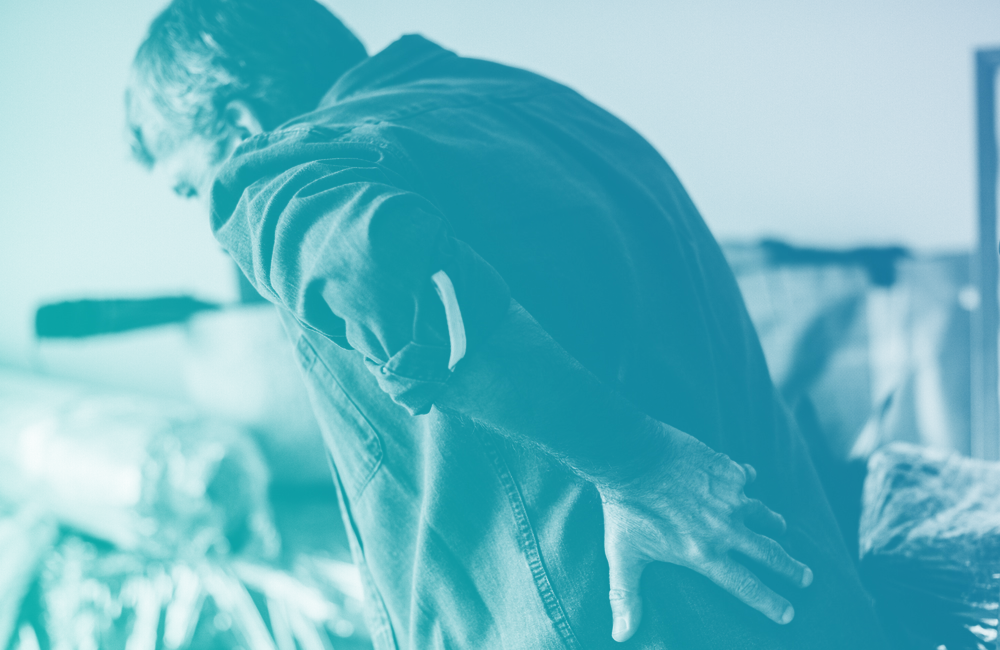 The risk of fragility fractures is increased among people living with HIV, according to research published in the January edition of the Journal of Acquired Immune Deficiency Syndromes. This increased risk couldn’t entirely be explained by reductions in bone mineral density suggesting a wider effect of HIV and its treatment on bone health.

“The increased fracture risk in people living with HIV is not caused by reductions in BMD [bone mineral density] as these only explain a 15% [of 22%] increase in fragility fractures,” comment the authors. “These findings underline a bone deficiency in HIV besides what is reflected in BMD.”

Overall, the authors believe their findings should lead to changes in guidelines for the monitoring, diagnosis and treatment of bone deficiencies in people with HIV. “We recommend acknowledging HIV and ART [antiretroviral therapy] as established risk factors for osteoporosis,” they write.

In a case-control study, a process to make the cases and the controls comparable with respect to extraneous factors. For example, each case is matched individually with a control subject on variables such as age, sex and HIV status.

Body mass index, or BMI, is a measure of body size. It combines a person’s weight with their height. The BMI gives an idea of whether a person has the correct weight for their height. Many BMI calculators can be found on the internet.

When the statistical data from all studies which relate to a particular research question and conform to a pre-determined selection criteria are pooled and analysed together.

Thanks to ART, many people with HIV have a normal or near-normal life expectancy. An important part of HIV care is therefore the prevention and treatment of illnesses and disorders associated with older age, one of which is osteoporosis – a weakening of the bones resulting in an increased risk of fractures of breaks.

Read More:  Everything you need to know about Hydrogen Peroxide: Is it a safe alternative to bleach?

Dr Jakob Starup-Linde and his colleagues at Aarhus University Hospital in Denmark wanted to establish a clear understanding of bone health in people with HIV, including fracture risk, changes in BMD and treatment strategies. They therefore conducted a meta-analysis of published studies that looked at these issues, and also examined guidelines for the prevention, diagnosis, management and treatment of bone loss in people with HIV.

Their literature review included studies published up to June 2018. Randomised controlled trials and observational studies were eligible for inclusion, but only those reporting BMD results using dual-energy x-ray absorptiometry (DXA) of the hip and/or lumbar spine were included.

A total of 142 papers were included in the authors’ systematic review and 87 were eligible for inclusion in the meta-analysis.

Information on fracture risk was provided in 42 papers. The majority of participants were male, with average age between 36 and 57 years.

In twelve studies, the prevalence of vertebrae fracture was 22%. Nine studies were case-controlled (people with HIV matched with HIV-negative individuals with similar characteristics). Results showed that individuals with HIV were approximately 50% more likely to experience any fragility fracture (RR = 1.51; 95% CI, 1.41-1.63) and had a more than fourfold increase in the risk of a hip fracture (RR = 4.09; 95% CI, 3.03-5.52).

A vertebrae fracture prevalence of 15% would have been consistent with falls in BMD as the main cause. The investigators therefore believe that additional risk factors must have been involved, for instance co-infection with hepatitis B and/or hepatitis C.

Use of DXA to monitor BMD in the hip and lumbar spine was reported in 24 studies. The mean age of participants ranged between 24 and 62 years. The pooled results showed that BMD in the lumbar spine and hip significantly were lower in people with HIV compared to matched HIV-negative individuals (both -0.4g/cm2).

Changes in BMD over time were analysed in 36 papers. Average changes after one year, compared to baseline in the lumbar spine and hip were -1.47% and -1.53%, respectively. Average two-year reductions, versus baseline, were -1.45% and -1.85%. In studies with longer follow-up, reductions compared to baseline were -1.17% in the lumbar spine and -2.34% in the hip, suggesting that declines had stabilised.

Significant reductions in BMD at both the lumbar spine and hip were also observed in studies including people starting ART for the first time. Within a year of treatment initiation, BMD in the lumbar spine and hip had changed by -2.68% and -2.66%. Two-year changes, again versus baseline, were -1.77% and -2.51%. Subsequent reductions, compared to baseline, were -2.03% and -2.79%. More pronounced reductions (in the region of -3%) were observed in individuals whose first ART regimen included tenofovir disproxil fumarate (TDF), a drug known to be associated with reductions in BMD.

More modest reductions (and in some cases slight increases) in BMD were observed among individuals who were continuing ART, including those taking a TDF-containing regimen. However, both abacavir and tenofovir alafenamide (TAF) had less of an effect on BMD compared to TDF.

Three small, randomised controlled trials examined the effect of alendronate therapy on BMD in the lumbar spine, showing that the drug was associated with a 3.5% increase in BMD compared to placebo.

A single study showed that BMD at both the lumbar spine and hip increased  significantly (8.9% and 3.8%, respectively) after two doses of zoledronate and that this effect persisted for up to five years. Zoledronate was also shown to be beneficial for individuals starting a TDF-containing ART regimen.

One study involving people taking long-term ART showed that adding zoledronate to a TDF-containing regimen had a superior effect on BMD at both the lumbar spine and hip compared to switching from TDF to an alternative drug (4.4% and 1.9% difference, respectively).

Seven guidelines for the management of osteoporosis in people with HIV were identified by the researchers. For the most part, they recommended monitoring using DXA and the Fracture Risk Assessment Tool (FRAX) which was developed for use in the general population. Screening was recommended for men once they reached 50 years of age and for post-menopausal women. Two guidelines endorsed DXA screening at 40 years of age for individuals assessed as having a higher fracture risk.

Dr Starup-Linde and his co-authors believe their findings have implications for routine HIV care. They suggest that routine screening should be enhanced and that alendronate or zoledronate therapy to counter bone loss needs be started earlier, for instance if a person has a Z-score of -1.5.

“Besides antiosteoporotic treatment, efforts should aim at environmental risk factors, such as smoking cessation, decreased alcohol intake, optimal nutritional intake, including increased physical activity and screening for risk factors for falls,” comment the authors. “We recommend optimization of current guidelines with earlier initiation of osteoporosis prophylaxis and treatment.”

The meta-analysis did not explore non-HIV related risk factors for bone problems. Another recent study, examining data from 718 people living with HIV and 718 HIV-negative matched controls in Denmark, has done so. Of note, the researchers assessed bone mineral density using quantitative computed tomography rather than DXA, in other words a three-dimensional rather than two-dimensional scan.

There was no difference is median BMD between HIV-positive and HIV-negative people, but there was a higher prevalence of very low BMD (T-score <2.5) in people with HIV, indicating more outliers in this group. After adjusting for sex, age, smoking, body mass index (BMI), alcohol, ethnicity and physical activity, HIV status was not associated with very low BMD. Regardless of HIV status, ‘traditional’ risk factors (older age, lower BMI, smoking and physical inactivity) were associated with low BMD. In addition, a previous AIDS-defining illness was associated with lower BMD, but ART and other HIV factors were not.

Dr Magda Thomsen and colleagues from the University of Copenhagen therefore argue that a focus on improving lifestyle factors, especially in people who have previously had an AIDS-defining condition, is also important.