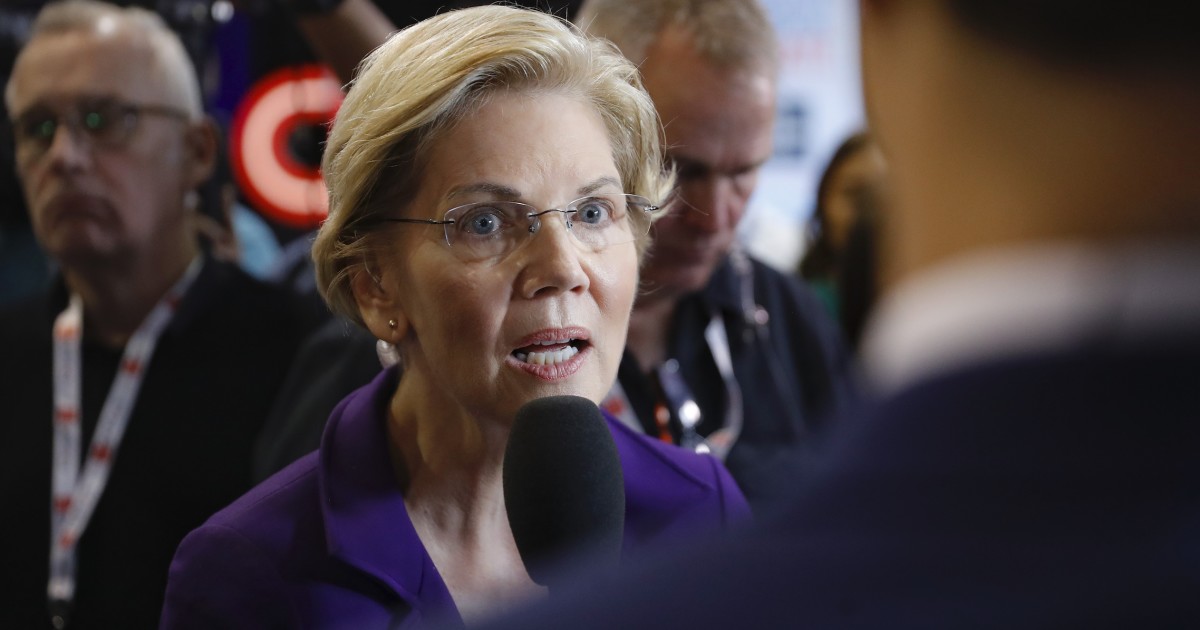 INDIANOLA, Iowa — Elizabeth Warren said she’ll soon unveil a plan to pay for her Medicare for All plan after weeks of criticism for not providing details about a concept long promoted by a Democratic primary rival, Vermont Sen.Bernie Sanders.

Closing out a rally before about 475 people at Simpson College in Indianola, Iowa, the Massachusetts senator and White House hopeful addressed scrutiny that’s come her way, particularly from Sanders. Medicare for All would be, in effect, government-financed healthcare with the aim of eliminating private insurance.

“We need to talk about the cost, and I plan over the next few weeks to put a plan that talks about, specifically, the cost of Medicare for All, and specifically, how we pay for it,” she said. “This is something I’ve been working on for months and months, and it’s got just a little more work until it’s finished.”

Warren, 70, reiterated her vow, if elected, “not to sign a bill into law that does not reduce the cost of healthcare for middle class families.” But she added that “every single person running for president” knows “the cheapest possible way to make sure that everyone gets healthcare that they need is Medicare for All.”

Warren later dismissed a reporter who suggested it was irresponsible to fully endorse Medicare for All without knowing how it would be financed.

“I think there have been many estimates about what the cost would be and many different payment streams. And I’ve been working on how to give the exact details to make that work,” she said.

The former Harvard Law School professor and consumer advocate this week promised to review funding options for Medicare for All.