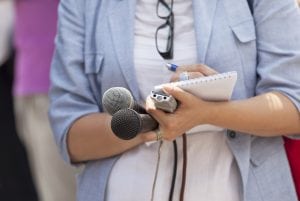 It is a form of censorship.  Journalists trying to cover COVID-19 are not allowed to talk with many federal health researchers or administrators without checking in first with government “public information officers” or PIOs. Sometimes the request is denied outright. Oftentimes, if a reporter is granted an interview, a PIO insists on sitting in on the interview.

It’s not a new issue with COVID-19 information.  The Trump Administration is not the first to put up a wall blocking journalists.  Many journalists were increasingly vocal about restrictions placed on them by the Obama administration.

The history of restrictions on reporters trying to cover the National Institutes of Health, the FDA, the CDC, the EPA and other federal health agencies has not been researched thoroughly enough, and thus, it’s a story not told often enough or well enough.  That’s the opinion of a longtime Washington observer and journalist.

“For a long time I thought I was losing my mind.  When you see things that others aren’t seeing or you see something in society that others don’t see or do anything about, you feel like you’re losing your mind,” says veteran Washington, DC health and health policy reporter Kathryn Foxhall.  She is the point person for the Society of Professional Journalists (SPJ) on this issue of restrictions placed on reporters by federal agencies and by others. SPJ calls it “censorship by PIO” or public information officer. Foxhall has also worked with the National Press Club on these issues. 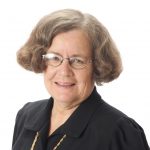 For SPJ’s Washington D.C. chapter, she wrote: “We note salient examples of these long-standing restrictions at the Centers for Disease Control and Prevention and at the National Institutes of Health. Staff are prohibited from speaking to reporters without controls, and most staff can never talk to reporters.”

Foxhall is not only critical of restrictive federal policies, but also of journalists and news organizations that are often silent about what’s happening.”I don’t think anything can be more dangerous than something the press will not talk about or does not understand as a danger,” she says. “It’s not ethical journalism to take information in a controlled setting and publish it without telling the public that this information control is going on. You are at high risk of being harmful to public welfare.”

How widespread are these restrictions?

As noted above, this is not a new issue. But current circumstances have exacerbated concerns.  Responses to surveys conducted by the SPJ (the most recent of which was in 2016) show:

“I got used to the idea that CMS (Center for Medicare & Medicaid Services) doesn’t respond and stopped emailing them for comments a couple of years ago because it seemed pointless.”

“Much of the time it’s difficult or impossible to talk to the persons most knowledgeable in federal agencies. They are usually scared rabbits, and if you call directly, they will simply refer you to public affairs.”

“New policies had been set up so that an employee I once talked to could no longer talk to press.”

“HHS (Dept. of Health & Human Services)/CMS officials spoke at length off the record and refused to answer my questions on the record.”

“VA (Veterans Administration) and DOD (Department of Defense) can be ridiculous, cutting researchers off mid-sentence if they’re saying something they shouldn’t.”

“Almost all interviews with CDC, FDA are monitored. NIH monitors some. At NIAID (The National Institute of Allergy and Infectious Diseases), they want to monitor and also demand quote approval. I have declined interviews because of these conditions. These conditions have worsened.”

“At the federal level, EPA has never been easy to work with. If my phone call is answered or returned, I get a vague answer and reassurance that they’re doing everything they can to keep everything safe.” 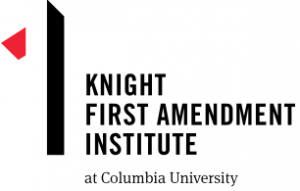 Last week, the Knight First Amendment Institute at Columbia University filed a Freedom of Information Act (FOIA) request “seeking policies from the Centers for Disease Control and Prevention (CDC) and the White House restricting CDC employees’ communications with the press and the public, including those related to the coronavirus pandemic.”

“Some CDC officials had been speaking publicly and now aren’t,” Anna Diakun, staff attorney for the Institute, told me.  “As an Institute, we’re focused on First Amendment issues and freedom of speech and speech restrictions on government employees. We are concerned about the public knowing what’s going on.”

“It’s alarming that the White House is reportedly silencing public health experts at the CDC even as it has issued inaccurate and misleading statements about the pandemic. We’re concerned that government policies restricting CDC employees’ speech may be interfering with the public’s access to accurate and vital information. If these policies prevent CDC employees from speaking out as private citizens, the policies also raise serious First Amendment concerns.”

Buzzfeed has also filed a FOIA request and “has asked a federal judge to compel the U.S. Centers for Disease Control and Prevention and the Federal Emergency Management Agency to produce documents the digital media outlet requested under the Freedom of Information Act on their work involving COVID-19.”

American Oversight has filed dozens of coronavirus-related FOIA requests, one of them asking, among other things, for “All final directives or decisions from Trump, Pence or HHS leadership regarding public statements, public appearances, website changes or communications about Covid-19.”

What other organizations are saying

In a statement on March 2, the National Association of Science Writers said:

The National Association of Science Writers calls on the Trump Administration to allow government experts to speak freely about the outbreak of the coronavirus disease COVID-19 and the nation’s public health response. Americans must have access to up-to-date and scientifically accurate information that is unfettered by political influence so they can protect their own health while also working to safeguard their families and communities.

The statement did not specifically address current restrictions on reporters but did link to NASW’s information access standards, which say, in part:

Journalists should have direct, unrestricted access to sources in the federal government.

PIOs and federal agencies should encourage direct and unfettered communication between journalists and scientists.

Also on March 2, the Society for Advancing Business Editing and Writing called on the Trump Administration to provide the public with timely, accurate information about the coronavirus.  Excerpt:

Now is precisely the time that scientists and health professionals, who are the best informed about risks to the public, should be allowed to freely share their views. (Footnote #1). SABEW believes informing the public about the latest developments can play a critical role in efforts to contain the virus. The federal government should not follow China’s poor example of keeping critical information secret. (Footnote #2).

The Association of Health Care Journalists has not issued any such statement.  Felice Freyer is AHCJ vice president and chair of the organization’s Right to Know Committee and a health care reporter for The Boston Globe. She wrote to me that she hasn’t “had the bandwidth to do anything just yet but I’m itching to.”

Read More:  How to get rid of acne, according to a dermatologist - CNET

Many journalists who are concerned about these issues hail the work of Professor Frank LoMonte, Director of the Joseph L. Brechner Center for Freedom of Information at the University of Florida.

Last October, LoMonte’s center published an issue brief, “Protecting Sources and Whistleblowers: The First Amendment and Public Employees’ Right to Speak to the Media.” Then, in December, he published an article in the Kansas Law Review, “Putting the ‘Public’ Back into PublicEmployment: A Roadmap for Challenging Prior Restraints That Prohibit Government Employees from Speaking to the News Media.” The Society of Professional Journalists (SPJ) said about this article:

The 70-page review analyzes dozens of cases from the Supreme Court and other federal courts. It says that despite the fact journalists should be able to challenge restrictions that deny their access to desired sources, there is no record of them having done so. Thus the “overbroad” restraints are unenforceable constitutionally, “yet still proliferate and still exert a powerful influence on the way employees behave.”

“Wholesale prohibitions on unapproved contact with journalists, or with the general public, have long been recognized as unconstitutional, and remain so even after Garcetti,” the 2006 Supreme Court decision often cited by agencies claiming they have the right to prohibit employees from talking to the press or forcing them to get prior approval from someone, often a public information officer.

At least a three-pronged problem

One issue is government censorship or prior restraint.

Another issue is journalism’s reaction to censorship – or lack of a reaction according to Kathryn Foxhall.

A third issue is how federal employees react to speech restrictions. Foxhall wrote that federal health agencies tell journalists that experts they seek to interview “are too busy, or they are not used to talking to the press, or they don’t want to talk to the press, or they are afraid their views will be misrepresented.” That may be true for some, but like most generalizations it is far too broad to use as an excuse for throwing up a reporter roadblock repeatedly.

She wrote, “You Think China Has a COVID-19 Censorship Problem? We Aren’t Much Better — Are we killing ourselves with silence?” for MedPage Today. Excerpts:

Journalists are officially prohibited from communicating with anyone in the CDC and other federal agencies without the oversight of censors — much to our discredit, we go along with their official title of “public information officer” or PIO. Reporters also usually can’t walk into their buildings, and there are often no systems for obtaining any sort of press credential.

…Usually, the prohibitions are followed: agency staff people don’t talk without the censors because they are under harsh prohibitions not to do so. Beyond that, often reporters are not allowed to communicate with the person they request or to anyone at all, in the Department of Health and Human Services (HHS) and other federal agencies, even after they go through all the permission-seeking. If any contact is allowed, the PIO may listen in to the conversation and may direct what can be discussed.

These restrictions have surged in the U.S. over the last 25-30 years to the point that they are a cultural norm. Surveys by the Society of Professional Journalists show they are pervasive in federal, state, and local governments; scientific organizations; educational institutions; and police departments.

It’s not legal for a public agency to tell its employees they are forbidden from speaking to the media. And if you encounter a policy like that, you should know that the agency is breaking the law.

Foxhall acknowledges that there may be many reasons why journalists remain silent or don’t tell their audience about the restrictions, restraints and censorship. She says journalists are taught that a good reporter always gets the story regardless of circumstances.  She also thinks some journalists don’t object because “we need to make a living with the stories the agencies can give us when they see fit.” She told me:

But then you just don’t know everything that’s going on.  So you go along like good little comrades and you never seem to see a problem with it. … But then you deliver lightweight stuff if you can’t talk to people in the know, people who could tell us things that we’re not even thinking of – things we don’t even know to ask about.

None of us should be too busy, too shy, too afraid to do something about this. There’s too much at stake – for the public, needy for trustworthy COVID-19 information and concerned about democracy.

March 29, 2020, Washington Post: A history of the Trump war on Media – the obsession not even coronavirus could stop