More men than women are dying of COVID-19. Some scientists think sex-specific hormones explain this difference, but researchers at Harvard say we need to look closely at how biology and social context affect health in people of all genders. To do that, the Harvard GenderSci Lab created the US Gender/Sex COVID-19 Data Tracker.

Sarah Richardson, founder and director of the GenderSci Lab and a professor in the departments of History of Science and of Studies of Women, Gender, and Sexuality, saw an opportunity for the researchers to apply their interdisciplinary approach and feminist lens to the urgent, global crisis. In mid-March, eight of the 15 researchers affiliated with the lab started collecting public health data on COVID-19 cases and mortality from 50 states, Washington, D.C., Puerto Rico, and the U.S. Virgin Islands, tracking disparities in gender/sex — a term that reflects the interactions of social structures, biological markers, and behavior, and includes nonbinary and transgender people whose experiences often are not reflected in scientific data collection — over time and between states.

By compiling and updating their results once a week, the group found that the rates of cases and deaths for men and women varied widely across location, age, and health status, indicating that biology alone does not explain higher death and infection rates.

When the mortality rate was age-adjusted, the disparity in mortality rates increased drastically, with men dying at more than twice the rate of women. The same age adjustment increased the disparity in mortality rates in Connecticut, though not by the same margin. In both cases, and in other examples across the country, the tracker shows that gender/sex is just one piece of the puzzle when it comes to understanding why COVID-19 affects some groups of people more than others.

“This comprehensive variable of gender/sex never acts alone. It’s not a free-floating variable. It’s always socially situated,” said Richardson. “And so you have gender/sex in relation to other social locations, like race, ethnicity, occupation, age group, and so on. We know from our line of work that using the simplified analysis of comparing males versus females doesn’t give you enough granularity to be interpretable.”

The group also analyzed similar data from the SARS and MERS outbreaks of the mid-2000s and the 1918 influenza epidemic to see how intersecting data points affected health outcomes. Again, they found that sex differences in virus cases and mortality were initially thought to be caused by biology. Later analysis incorporating underlying health conditions, age, and occupation showed that a perceived sex difference was mitigated by more cases among individuals in certain occupations, like nursing or manual labor, or in high-density environments like the military or meat-packing plants. 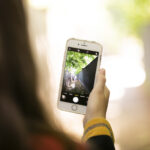 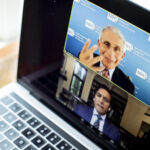 “We’ve really seen [this project] develop and flourish into something that is critical for the moment and has become really influential in the sphere of gender and feminist [approaches] to biology,” said Mimi Tarrant ’21, a human and evolutionary biology concentrator who joined the lab this year and is responsible for maintaining the data spreadsheet for the tracker.

GenderSci Lab researchers are calling on public health departments across the country to collect more data on residents’ races, ethnicities, ages, and pre-existing health conditions to create a fuller picture of who is at greatest risk for contracting and dying from COVID-19.

As part of their push for data, the lab published a US State COVID-19 Report Card that scored and graded each state on how well it collected these data in relation to COVID-19 cases and deaths. The average score across the nation was a D, with only three states — Georgia, Iowa, and Mississippi — receiving an A for their data-collection efforts.

“It’s not enough that a state is recording data from [one variable],” said Richardson, noting that in most states, race is recorded in only about 30 percent of cases, and many states do not collect data on all variables for deaths. “One needs to know how complete the reporting is, and from our analysis of early epidemics we know that we need data on occupation, comorbidity, race/ethnicity, age, [and] class. Without [those], we’re really groping in the dark.

“We also know from past pandemics that these moments can be drivers of stigma. For example, gay people were stigmatized as carriers of disease during the HIV/AIDS epidemic, and that remains in regulations banning them from donating blood. In our case, we’re most concerned about sex essentialism, and ideas around how men are versus how women are,” she said. “Every effort should be made to find ways to talk about these vulnerabilities that are specific as possible in order to disrupt damaging, stigmatizing generalizations and stereotypes taking root with the panic around COVID-19.”