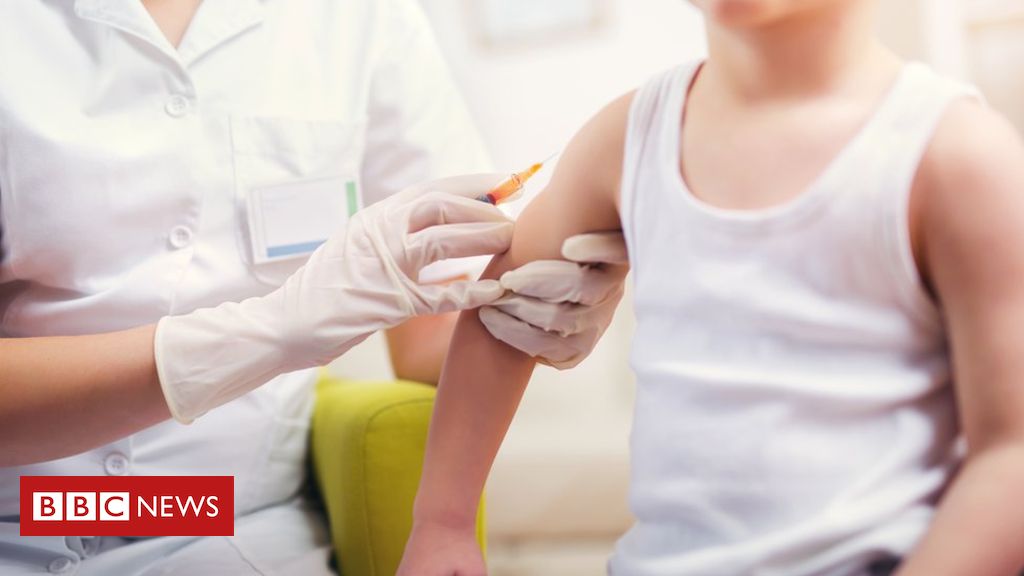 Matt Hancock has said he is “looking very seriously” at the option.

But Royal College of Paediatrics and Child Health expert Dr David Elliman said it could be counter-productive and make people more suspicious.

He joined others in calling for vaccines to be offered in places such as supermarkets and music festivals.

Figures released last month showed vaccination rates for all nine vaccines given to children before the age of five fell in the last year in England – figures for the rest of the UK nations are better.

The UK lost its measles-free status in August amid a rising number of cases.

“Compulsory vaccination ain’t going to work and isn’t going to get the support of most health professionals.”

He said it risked breaking the trust that exists between health professionals and the public and creating a row about civil liberties.

He also pointed out that it would do nothing to encourage those who have already missed vaccinations to take part in catch-up programmes, citing the need to reach out to people in their 20s who did not have the MMR vaccine at the height of the scare two decades ago.

Read More:  How To Keep Records When Home Schooling Your Child Posted By : John Smi

Instead, he wants the government, which is drawing up a new vaccinations strategy, to focus on accessibility, saying he would like to see pop-up clinics being held at music festivals to reach out to those who missed out on the MMR jab at the turn of the century when uptake rates were even lower than they are now.

“People live busy lives so if we can make it easier for them to get vaccinated I think we would see an increase in uptake.”

She said clinics could be held in children’s centres and even supermarkets, but warned it would require investment in vaccination teams and nurses to give the jabs.

The government said the vaccination strategy would be out later in the year.