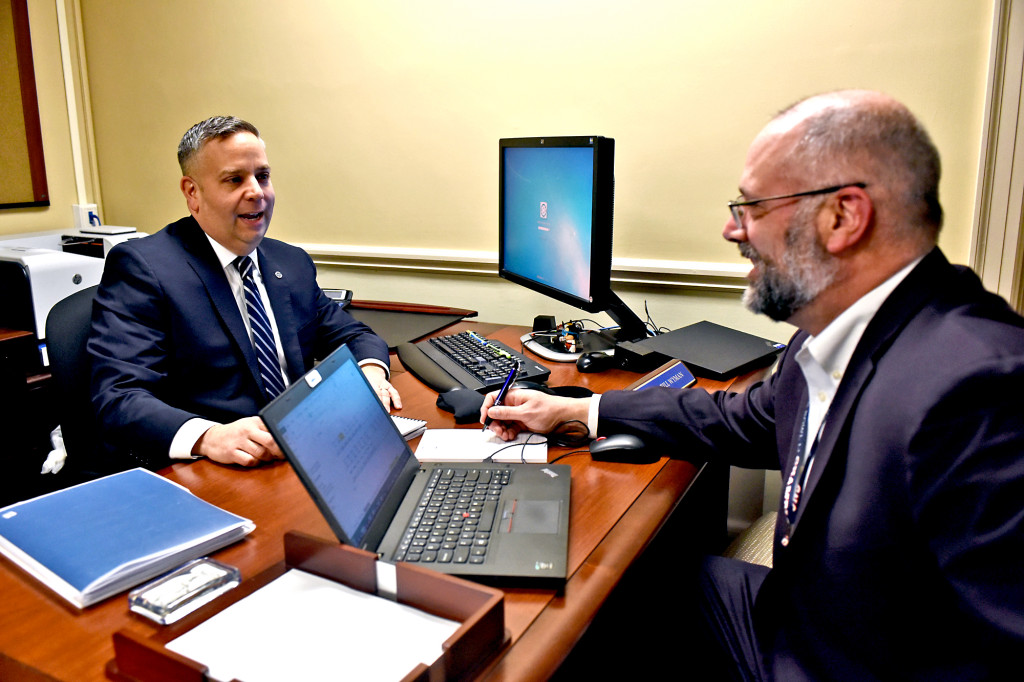 Starting in 2021, hospitals around the country will be required to make all of their prices publicly available online, including those they negotiate with insurers.

The federal mandate is part of a rule change aimed at increasing price transparency in health care. The finalized rule for hospitals, announced in November, also requires them to display shoppable services in a consumer-friendly manner. Other proposed rules would require insurers to disclose price and cost-sharing information upfront so patients have accurate estimates of out-of-pocket costs.

In the Nov. 15 statement, Health and Human Services Secretary Alex Azar said the “transparency announcement may be a more significant change to American healthcare markets than any other single thing we’ve done, by shining light on the costs of our shadowy system and finally putting the American patient in control.”

To those in the health care industry, however, the mandated changes may miss the mark by causing more confusion among patients – and could even result in price increases.

“The volume of information that hospitals and health plans will have to put on their websites will be confusing to consumers, costly to implement and maintain, and could have the unintended consequence of actually raising prices,” the Massachusetts Health & Hospital Association (MHA) said in a Jan. 22 statement.

MHA said its hospitals support the aspects of the federal rule that mirror price transparency improvements already in place in Massachusetts, but they have concerns about the negative effects that may come from “requiring hospitals and health plans to publicly release their negotiated rates with multiple contracts and products for every single service they provide.”

“I think consumers morally have a right to know in advance what their out-of-pocket costs for care will be, and this effort doesn’t seem to provide that,” said Austin Frakt, a health economist at VA Boston Healthcare System, associate professor in the Boston University School of Public Health and a senior research scientist at Harvard T.H. Chan School of Public Health.

Lowell General Hospital Vice President of Finance William Wyman said price transparency should, as a basic principle, empower patients to make comparisons of where they want to receive their care, and they should be fully informed of their out-of-pocket costs.

“What isn’t helpful, necessarily, is to just start dumping loads of information out to the internet, and there’s no context around it,” Wyman said.

For the last decade and a half, he said LGH has been focused on having financial conversations with patients – especially for elective surgeries, imaging procedures and emergency room care – to provide estimates for their out-of-pocket costs.

“I think that we already feel like we’re in that mindset, we’re a little head of it,” Wyman said. “We’re not happy in exactly the way we have to comply with the government’s mandate. But at the core of it, they were trying to do the right thing.”

Since 2013, Massachusetts has required that hospitals provide out-of-pocket price estimates to patients within two days of submitting a request, but very few people take advantage of this, Wyman said. Insurers are also required to provide online estimate tools for their members, he said.

To determine out-of-pocket estimates, trained LGH staff look at the procedures or tests a patient is coming for, analyze their specific insurance benefits, the amount covered and how it will be paid to the hospital, Wyman said.

The chargemaster is a document that is searchable in programs like Excel, and contains a list of different tests and procedures and their associated prices, he said. However, people often may not know exactly what they’re looking for, and the prices listed do not reflect the rates the hospitals negotiate with individual insurers for the services, which are often much lower than the base prices, Wyman said.

Sometimes, if a patient receives multiple services in one day, such as when undergoing surgery, they will may receive a different negotiated rate for the bundle of services rather than the individual items, Wyman said. So looking at the list of individual services and adding them up doesn’t necessarily equate to the actual charges or what their insurance will reimburse, he said.

Under the new rules, those files must be enhanced to include the payer-specific negotiated charges, he said. Hospitals must also create a website with prices for 300 common shoppable services – such as CT scans and X-rays – so consumers can comparison shop for these services. Of these, 70 items will be determined by CMS, and the rest will be determined by individual hospital systems.

Among the dozens of insurance companies a hospital interacts with, each could have a dozen or more different plans that each pays in a slightly different way, Wyman said. That makes it challenging to take such a complex set of variables and put them into a sophisticated, automated system that is easy for the end user to access and interpret correctly, he said.

“They should be able to look from hospital to hospital, what their insurance company pays, but that doesn’t necessarily answer the question, ‘What am I personally going to have to pay out of that amount of money?’” Wyman said, noting the new federally mandated pricing tools don’t take into consideration co-pays, deductibles or coinsurance.

Wyman said he hasn’t done a full cost-analysis to determine the total financial impact of the changes on the hospital, but that he would likely set aside $ 100,000 in the budget for initial start-up and first-year costs for creating the site. There would be some ongoing costs to update and maintain it as the terms of contracts with different insurers change, he said. Medicare, for example, changes its rates twice a year, he said.

Read More:  For both health care and health care journalism, there’s something missing in the middle

Wyman said the most controversial aspect of the new rules is that hospitals will know what each other receives for reimbursements from insurers — something they’re currently prohibited from sharing by law.

“It makes public what would have otherwise been illegal,” Frakt said.

Frakt said he believes the transparency rules could lead to hospital systems colluding on higher prices, and insurers colluding on lower reimbursements.

With more prices and data widely available, media stories and public backlash “could have an effect downward on prices,” Frakt said.

A spokesman from the UMass system said it agrees with the position statement from the MHA, of which it is a member.