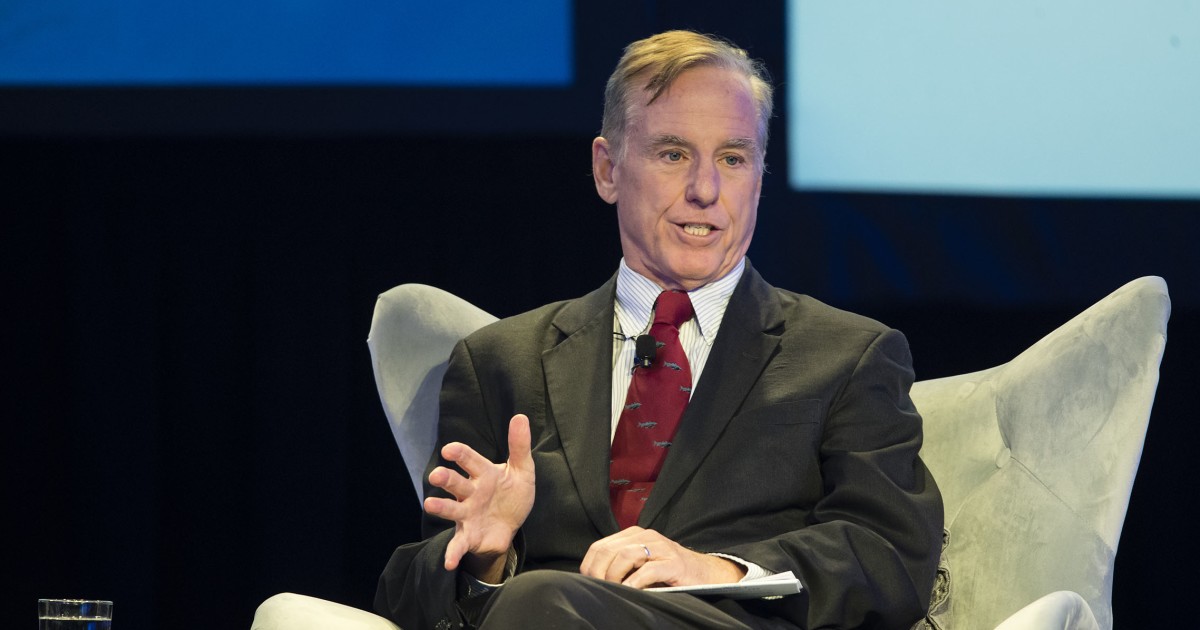 Throughout his 2004 presidential campaign, Howard Dean boasted of having been regularly endorsed by the National Rifle Association as governor of Vermont, where he maintained concealed carry laws. At a Sept. 2003 Democratic debate as he was surging on the back of energetic support from liberals, Dean declared, “if urban states want to have lots of gun control, let them have it, but just don’t impose the same gun laws that you have in New York City or New Jersey or California on states like Vermont, which have a very low homicide rate.”

In the context of the 2020 Democratic primary, Dean’s deferential comments toward the states on gun policy seem as astonishing to read as it is to learn the forum in which he said it — a debate co-sponsored by Fox News and the Congressional Black Caucus Institute in which Brit Hume moderated, with opening comments from Rep. Elijah Cummings, D-Md.

True, Dean was taking a status quo position on federal gun laws at a time when the federal assault weapons ban was still in the books. But his comments on guns were not an outlier. As a candidate, he described himself as “fiscally conservative” and said as president he would make balancing the budget a priority — though he opposed cutting the Pentagon budget. He favored expanding health coverage but didn’t believe in a single government plan and didn’t think the federal government should regulate private insurance companies,or even require them to cover those with pre-existing conditions. He opposed gay marriage (noting he had the same position on the issue as Dick Cheney) and also argued that Democrats needed to do more to reach out to Southern whites and speak to their economic anxieties.

Despite all these positions, Dean at one point vaulted to the top of the Democratic field, and he did so by earning a passionate following among young, liberal, grassroots activists. To be sure, even at the time, savvier analysts noted that his reputation as a champion of liberalism was at odds with his more pragmatic record as governor, where he often clashed with progressives. There were also more consistently leftist candidates in the race such as Dennis Kucinich. But to his enthusiastic supporters as well as his centrist detractors, it was clear what Dean represented.

Dean was the prototype for the modern resurgent Left. He was the first candidate to harness the power of the internet to organize, engage, and fundraise with large numbers of small donors. He built out his early opposition of the Iraq War into scorching attacks on George W. Bush and the Democratic establishment. He referred to his opponents as “Bush lite” and fumed, “I’m here to represent the Democratic wing of the Democratic Party.”

Not only did his fiery rhetoric earn him legions of followers on the Left, but it also had centrist members of the party scared out of their minds, and Karl Rove salivating at the prospect of Bush running for reelection against an angry antiwar Democrat.

“Do we want to vent or do we want to govern?” asked then-Sen. Evan Bayh, who was chairman of the Democratic Leadership Council, a Clinton era group that argued the party could only win by appealing to the center. “The administration is being run by the far right. The Democratic Party is in danger of being taken over by the far left.” Members of the group warned that nominating Dean would lead to a blowout akin to George McGovern in 1972 and Walter Mondale in 2004.

“Democrats are not just picking personalities in this election,” Congressional Quarterly’s Craig Crawford wrote. “The ideological direction of the party also hangs in the balance. Former Vermont Gov. Howard Dean and Sen. Joseph I. Lieberman of Connecticut frame the battle between left and right.”

At the time, it was Dean who represented the left flank of the party. Yet, if any 2020 Democrat took the positions that Howard Dean did in 2004, he’d be considered to the right of Joe Biden and would be an object of scorn among the same sort of “very online” liberal activists who are the modern descendants of his innovative digital campaign.

Liberals who now believe that alarmism about the federal debt is unjustified would bristle at boasts from Dean such as, “I’m fiscally conservative. I don’t believe in the borrow-and-spend, borrow-and-spend supply-side stuff and I’m thoroughly driven by pragmatism.” Or, in warning that a failure to contain deficits would lead to social welfare cuts, “I really think that if you want social justice, you have to have a balanced budget.”

Read More:  How to get the data right to advance collaboration, build trust

Though Dean backed civil unions as governor, he said, “We chose not to do gay marriage in our state. But I think that’s up to the individual states. And, oddly enough, you know who has that position? Dick Cheney.”

At the time, Dean took flak for declaring, “White folks in the South who drive pickup trucks with Confederate flag decals on the back ought to be voting with us, and not [Republicans], because their kids don’t have health insurance either, and their kids need better schools too.” But even after acknowledging at a Jan. 2004 Iowa Democratic debate that the flag was a “painful symbol to African-Americans,” he continued to argue that “what we have in common with people who drive pickup trucks and so-called NASCAR dads is that everybody needs a job. The Republicans divide us by race. They’ve done so since 1968 in Richard Nixon’s southern strategy. When we campaign, we’ve got to talk — they say ‘race’ in the South or anyplace in America, we’ve got to say ‘jobs,’ because everybody needs a job. It doesn’t matter what color they are or where they come from.”

Today, this would be seen as an incredibly tone-deaf statement that underplays Southern racism and the specific challenges faced by blacks in America.

In the same debate, Dean declared he would “not cut the Pentagon budget.”

On healthcare, which was initially supposed to be the focus of his campaign before his antiwar rhetoric caught fire, Dean favored working toward universal coverage by extending Medicaid and the State Children’s Health Insurance Program to cover everybody up to the age of 25, and allowing individuals and small businesses to purchase private insurance, with some help, the way federal workers do.

In an extensive Feb. 2003 interview with Modern Healthcare that is worth reading in full for students of the politics of health policy, Dean made it clear what he was not for.

He said he opposed single-payer, not only because he thought “you couldn’t possibly get it passed,” but also because, “I don’t happen to think that’s the best alternative.”

In contrast to the 2020 primary, in which several candidates have supported plans to virtually eliminate private insurance, and even Biden wants to create a Medicare-like plan for everybody, Dean did not back any sort of government option, let alone a government mandate for extensive benefits. He argued for “catastrophic” plans with “big deductibles” after certain allowances for preventive coverage. If coverage were too extensive, he said, “you’re going to end up with a huge government-run system, and I don’t think you want to do that.”

Incredibly, he said there should be no role for the federal government in regulating private insurance.

“I hate it when the national government decides what’s best for every state,” he complained, lamenting that both Republicans and Democrats do it. He went on to say, “I’m very leery to have the federal government do anything with insurance.”

Dean called for a $ 7 minimum wage, which even now is less than $ 10 an hour when adjusted for inflation. Yet Biden has joined the party in embracing a $ 15 minimum.

Dean’s plan to address college costs — $ 10,000 in grants and loans, plus a cap of 10% of income on student loan payments — was estimated to cost $ 6 billion. Even when accounting for the escalation in college coats, Sen. Elizabeth Warren’s $ 1.2 trillion free college and student loan forgiveness plan would dwarf Dean’s plan by several orders of magnitude.

It is no doubt important to add some context to this, given how much has changed in the past decade and a half. For instance, Dean was looking for a way to dramatically expand health coverage without the infrastructure of Obamacare already in place; and he was running without the experiences of the Great Recession, the Obama era, and President Trump. Yet, the dramatic difference in what could qualify somebody as a liberal in the Democratic field in 2004 compared to today, nonetheless constitutes a dramatic ideological shift that speaks to both the gains that liberals made in the intervening years, as well as the significant expectations they have for the post-Trump era.