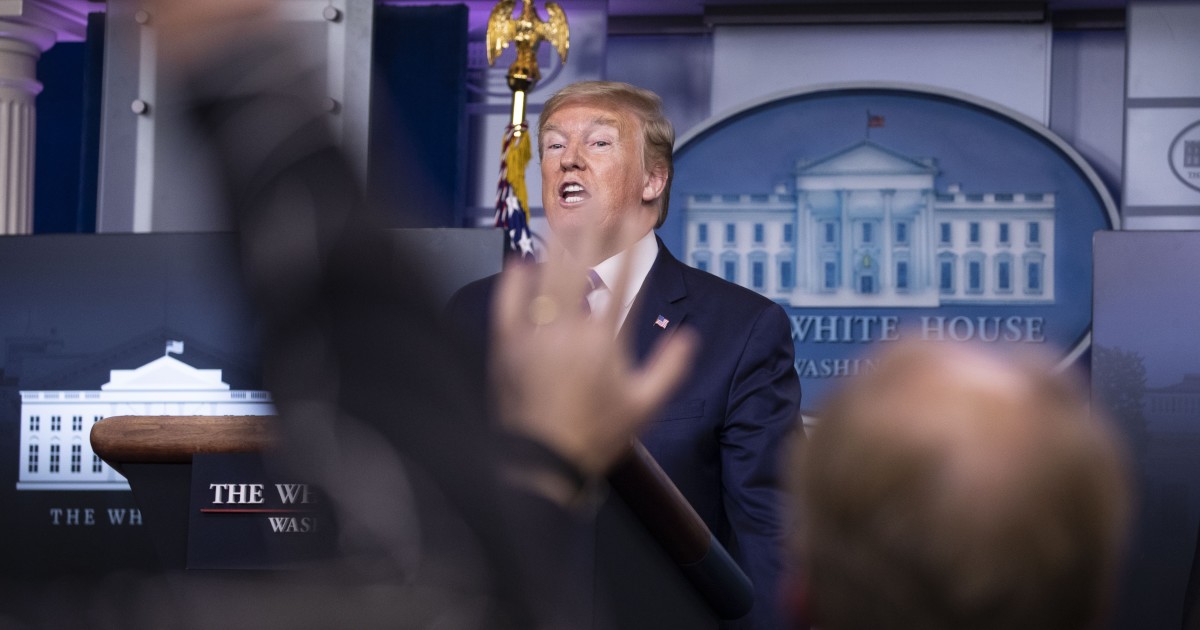 President Trump, governors, and leaders all around the world are facing increasing pressure to speed up the easing of pandemic restrictions amid growing signs that the public is beginning to tire of social distancing.

The number of coronavirus cases in the United States has increased to 973,000, and at least 55,110 people have died, but after weeks of sheltering in place and avoiding gatherings, more people are beginning to experience “quarantine fatigue.”

It appears that many more people across the country ventured out over the weekend. New cellphone tracking data shows the number of individuals leaving their homes is increasing, according to NBC News. University of Maryland researchers reported a 3% decline in the rate of people abiding by social distancing guidelines last week.

“What we see right now is that individual Americans — many of them are deciding on their own that they’re going to reopen themselves to go out more,” Lei Zhang, the UMD project leader, said. “It’s just a major shift as the nation fights the pandemic.”

“It seems collectively we’re getting a little tired. It looks like people are loosening up on their own to travel more,” Zhang said.

By April 17, the average number of personal trips was about 2.5 per person per day, up from 2.4 per person the previous week, based on data collected by tracking smartphone use, the Washington Post reported.

Interstate travel and trips to the beach in California and New York also increased. California Gov. Gavin Newsom was forced to say Monday that the state would step up enforcement of restrictions after people crowded the beaches over the weekend.

The most recent polling, though, indicates that the vast majority of people view strict restrictions as worth it to limit the spread of the virus: 80% said shelter-in-place policies are justified, according to Kaiser Family Foundation polling from earlier in the month. More recent data suggests that the preponderance of workers would feel unsafe going back to work now.

Yet, even more recently, there have been increasing signs of frustration, especially from conservative politicians and commentators, following rallies in recent weeks against state lockdowns that featured conservative and pro-Trump imagery.

Overseas, too, in the United Kingdom, Prime Minister Boris Johnson acknowledged the public fatigue with the lockdown. He called on people to redouble their efforts to maintain social distancing, saying in his first comments since returning to work after recovering from COVID-19 that the country is at “the moment of maximum risk.”

“I ask you to contain your impatience,” he said.

In the U.S., several states moved Monday to join the ranks of those easing restrictions. Gov. Jared Polis of Colorado, a Democrat, lifted the statewide stay-at-home order Monday and instituted a “safer at home” order discouraging people from going out unless absolutely necessary. Texas Gov. Greg Abbott, a Republican, announced Monday that he will not renew his state’s stay-at-home order, which is set to expire Wednesday. Restaurants, malls, retail stores, and movie theaters will be permitted to open on May 1, provided occupancy doesn’t exceed 25%.

Researchers led by the Yale School of Public Health found that there were about 15,400 more deaths than would be expected in March through April 4, suggesting that the virus has killed far more people than previously thought. Only 8,128 COVID-19 deaths were reported for that time period. All excess deaths may not be attributable to the coronavirus, but rather to those who were afraid to seek medical care for other conditions during the outbreak, according to the Washington Post.

Tyson Foods, the largest meat processing company in the U.S., warned Monday that the supply chain for meat is “breaking.” It has closed three slaughterhouses and partially reopened one as its workers go through coronavirus testing procedures. As a result, nearly a third of pork processing and about 14% of beef processing capacities are shut down, according to the Financial Times.

“As pork, beef, and chicken plants are forced to close, even for short periods of time, millions of pounds of meat will disappear from the supply chain,” John Tyson, the company’s chairman, said Sunday.

The rollout of the replenished federal small-business relief program Monday was rocky, as lenders and businesses said that the Small Business Administration process was still subject to delays and efforts. Congress dedicated an additional $ 321 billion to the forgivable loan program after it quickly ran through the $ 350 billion initial allotment included in the March CARES Act. The Los Angeles Lakers, one of the NBA’s highest earners, on Monday returned approximately $ 4.6 million that team management received from the program, according to ESPN. The franchise applied for relief through the SBA, but after it was discovered that the funding pool had been nearly depleted, in part because large corporations received considerable aid, the money was returned.

New York state election officials have canceled the Democratic primary in June, removing every candidate except for the presumptive nominee Joe Biden, from the primary ballot. The primary had been scheduled for Tuesday but was pushed back to June 23. Voting for congressional and state-level races will go as planned on June 23, NPR reported Monday.

Bernie Sanders’s campaign called the cancellation a “blow to American democracy” and demanded that the Democratic National Committee overturn it.

“While we understood that we did not have the votes to win the Democratic nomination our campaign was suspended, not ended, because people in every state should have the right to express their preference,” the campaign said Monday.