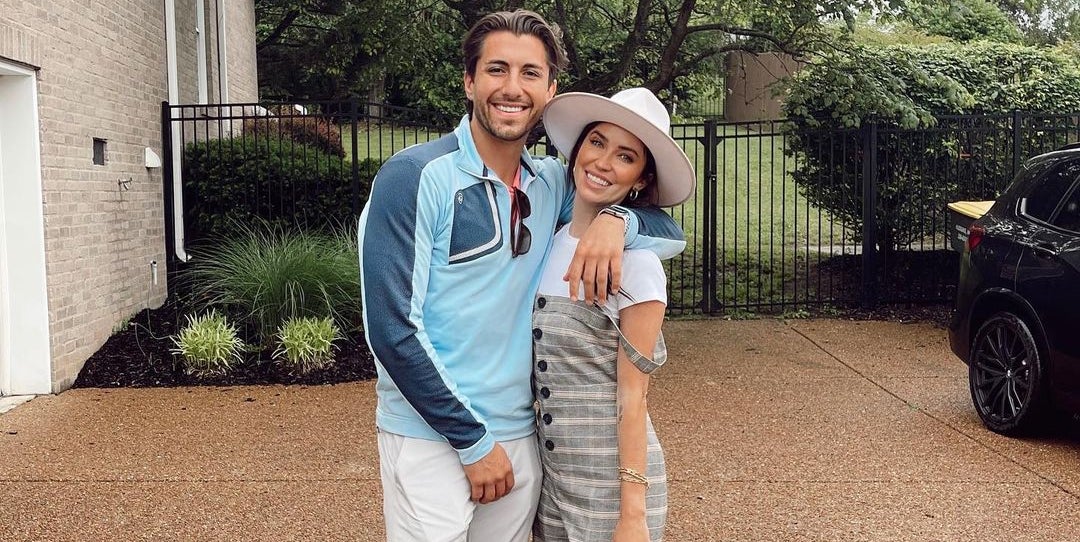 Kaitlyn Bristowe may be helping Katie Thurston with finding a fairy-tale ending during her time on The Bachelorette, but it looks like she just got her own. According to Entertainment Tonight, Kaitlyn and boyfriend Jason Tartick are engaged after two years of dating! And the story of how they got engaged is actually so dang cute. 😭

As a refresher, Kaitlyn and Jason first connected after he appeared on her Off the Vine podcast in 2018 while she was with Shawn Booth, who she got engaged to after he won her season of The Bachelorette. When Kaitlyn broke things off with Shawn, she and Jason started dating in January 2019. Turns out, that podcast ended up being the backdrop for Kaitlyn and Jason’s engagement story!

“Jason’s like, ‘Kaitlyn, we’re not doing a podcast.’ And I’m like, ‘You forgot to hit record, didn’t you!’” Kaitlyn told ET. “He was like, ‘No, this is something else,’ and he got up and I saw him bring out a ring box from the drawer….I was trying to be present, but I was so overwhelmed and I was so embarrassed, because I was wearing a T-shirt that said, ‘Tequila for Breakfast.’ I was like, ‘This feels very on brand but also very inappropriate!’”

“It was everything I could have asked for,” Kaitlyn added. “The words that came out of his mouth were insanely beautiful. We’ve never locked eyes like that in our lives. We were holding hands, so intense, and I was listening to his every word but still blacked out.”

Congrats to these crazy kids on their engagement! In the meantime, I’ll be keeping my fingers crossed for a podcast/livestream of their wedding.🤞

You love all the deets on Bachelor Nation. So do we! Let’s overanalyze them together.

Starr Bowenbank Assistant News Editor Starr Bowenbank is the assistant news editor who writes about all things pertaining to news, pop culture, and entertainment—you can follow her here.