Jada Pinkett Smith and her daughter Willow Smith took to Instagram to debut their matching buzz cuts on Instagram on Monday.

“Willow made me do it because it was time to let go BUT … my 50’s are bout to be Divinely lit with this shed❣️😜,” Pinkett Smith captioned a photo of her and Willow’s bald heads.

Willow shared the same photo on her own Instagram, writing, “💕<a gift is pure when it is given from the heart to the right person at the right time and at the right place, and when we expect nothing in return>🙏🏾.”

Check out the photo below. 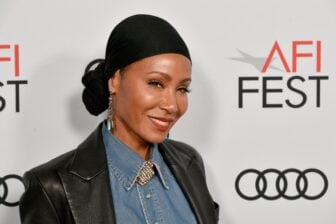 Several of Pinkett Smith’s celebrity friends responded in the comments to her new do, with Tina Knowles- Lawson, Beyoncé‘s mom, writing, “Beautiful, along with a heart emoji. It Just shows that beautiful face and soulful eyes more prominently.”

Pinkett Smith, 46, previously opened up about her “issues with hair loss” during a 2018 episode of Red Table Talk, which she co-hosts with Willow and her mother Adrienne Banfield-Norris.

“A lot of people have been asking about why I’ve been wearing turbans,” Smith said. “Well, I haven’t talked about it. It’s not easy to talk about, but I am going to talk about it.”

The Girls Trip star said it was “terrifying” when she first realized she was going bald.

“It was terrifying when it first started,” she said. “I was in the shower one day and then just handfuls of hair in my hands. And I was just like, ‘Oh my God, am I going bald?’ It was one of those times in my life when I was literally shaking with fear.”

Willow previously shaved off all her hair at the height of her “Whip My Hair” fame back in 2012. 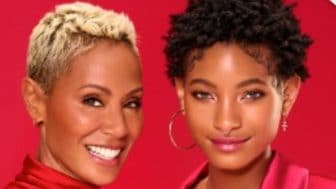 Meanwhile, in recent years, Pinkett Smith has been seen wearing more headwraps and turbans to hide her hair loss.

“My hair has been a big part of me. Taking care of my hair has been a beautiful ritual — and having the choice to have hair or not. And then one day to be like, ‘Oh my God, I might not have that choice anymore,” she previously stated on Red Table Talk.

“The higher power takes so much from people. People are out here who have cancer, people have sick children,” she said. “And by golly, if the higher power wants to take your hair — that’s it? … When I looked at it from that perspective, it really did settle me.”

As previously reported by theGrio, according to some dermatologists, hair loss is an epidemic among Black American women. In addition, afro-textured hair tends to be dryer and more prone to breakage, and certain hairstyles can result in stress to the scalp, say hair experts.

The most common problems for women of color are central centrifugal cicatricial alopecia (CCCA) and traction alopecia. Both these conditions can be reversible but can also lead to permanent damage to hair follicles.

Read More:  Can I still spread the coronavirus after I'm vaccinated?

With CCCA, hair loss begins in the center of the scalp and spreads out; it is caused by multiple factors, including chemical relaxers or hot combing. Traction alopecia is hair loss that occurs as a result of continuous pulling of the hair. 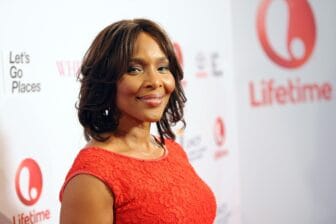 “For traction alopecia, avoid any tight hairstyles including braids with extensions, tight weaves, tight ponytails and cornrow,” said Dr. Susan Taylor, a Harvard-trained dermatologist. “For CCCA, you will need to have a biopsy performed to confirm the diagnosis and then begin treatment with creams, injections or pills.”

Pinkett Smith has said that despite testing, doctors were unable to find any condition that they could attribute to her hair loss.