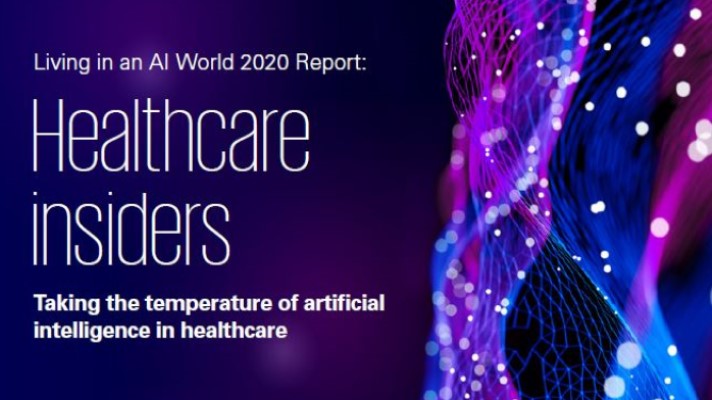 Artificial intelligence already is having a significant impact on healthcare, and that impact – both good, in terms of patient care and operational efficiencies, and bad, as some believe it is contributing to higher healthcare costs – is only just beginning.

Those were among the findings in research and consulting giant KPMG’s new study, ”Living in an AI World: Achievements and Challenges of Artificial Intelligence Across Five Industries.” The report looks at how 751 insiders representing five industries – including healthcare – view the future of AI in their sectors, and the steps they are taking to maximize its benefits and mitigate its challenges.

The pace of AI adoption in healthcare

In healthcare, while 53% of respondents say the industry is ahead of most others in AI adoption, they nevertheless believe it needs to happen much faster. 37% of healthcare industry executives believe the pace at which they are implementing AI is too slow, due to countervailing factors around training, cost and privacy, among others.

But their impatience is a clear sign that they appreciate the current impact of AI, as well as its vast potential for transforming many facets of healthcare, KPMG contended.

“The pace with which hospital systems have adopted AI and automation programs has dramatically increased since 2017,” said Melissa Edwards, managing director, digital enablement, at KPMG. “Virtually all major healthcare providers are moving ahead with pilots or programs in these areas. The medical literature is showing support of AI’s power as a tool to help clinicians.”

According to an overwhelming majority of healthcare respondents (89%), AI already is creating efficiencies in their systems, and 91% believe it is increasing patient access to care.

Read More:  Everyone Is Having the Wrong Healthcare Debate

“My general observation is that more of the AI-related services and solutions being advanced in healthcare today are largely in the clinical, patient-facing space,” Edwards said. “Basic forms of automation are proving to be the ‘gateway drug’ to advanced forms of AI – such as scanning documents to determine the urgency of a referral. Applying AI to make earlier diagnoses of critical illnesses is a key area.”

Survey respondents feel the same. 68% are confident AI eventually will be effective in diagnosing patient illnesses and conditions, with 47% believing that diagnostics will have a significant impact soon – within the next two years.

They also anticipate gains in process automation, with 40% seeing X-rays and CT scans being handled robotically. And recent findings indicate that function may be close to reality, KPMG said. Google Health reported in Nature that an AI model developed and deployed by its DeepMind subsidiary was more effective in screening patients for breast cancer than human doctors using recent X-rays only – and despite having access to patients’ previous records.

Further, given the industry’s significant investment in electronic health records in the last decade, many observers believe AI will further the impact of digitization. While 41% of survey respondents see further enhancements in records management from AI, even more (48%) believe the greatest impact will be in biometric-related applications and 47% see machine learning as the key AI enabler.