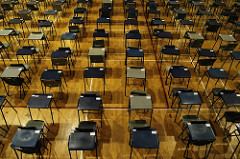 While talking about the education in Lagos we feel the great pleasure as the educational status of the Lagos is a higher one. To meet the running time the Lagos state introduced the latest courses, teaching styles in all the educational institutes. To educate the children, boys and youngsters there are different institutes in Lagos which are discussed as under:-

NURSERY EDUCATION AND EDUCATION FOR KIDS IN LAGOS.

In Lagos for the education of kids and nursery students up till now the usual education system is there however now a new practice is under progress. The new manner to be adopted is the education to the kids and nursery students through songs to be performed in groups. Relevant syllabus in being converted into rhymes by different schools teachers/other genius for the convenience of the students. Priority is science subject. It is being expected that it would be proved an easier way to learn for the students of nursery and kids.
J
UNIOR SCHOOL SYSTEM OF LAGOS/PRIMARY EDUCATION.

After the nursery there is junior school system in Lagos where the students are taught different subjects of that level. Primary education is being considerably focused and for this very basic education in 2000 a policy was made by the Nigerian Government. According to this policy the teachers for this education were to be trained prior to teach the students. In 1994 the Lagos state established an institute namely LAGOS STATE COLLEGE OF PRIMARY EDUCATION to educate/train the graduate persons for the primary school system of the Lagos.
SENIOR SCHOOL SYSTEM IN LAGOS.
Like the junior school system of Lagos the senior school system has also been amazingly improved by the Lagos State. The subjects have been selected according to the current necessity of the time. Special training for the education of senior school students has been given to the new and already serving teachers of this system.

Read More:  Here’s Why You Should Use Deep Relaxing Breathing Techniques

It is very important to talk about the LAGOS STATE UNIVERSITY while mentioning the universities of the Lagos city. Federal Government of the Nigeria is owner of this university and the education for all the classes/subjects is strictly controlled by the Government. This university has given so many talented persons to the state who have/had the remarkable status in the country. Because of its discipline, education, skilled teachers and other activities this university is a famous one in the Lagos as well as Nigeria.

OTHER EDUCATIONAL INSTITUTIONS OF LAGOS.

Not only the Lagos has sufficient institutions for the younger’s and the elders education owned by the Lagos state but also has several private educational institution. There is a useful competition between private nursery, primary, junior, senior schools, colleges and universities for the best education of the students.

In Lagos for different technologies and vocations there is a plenty of such institutions owned by the State and private individuals. These institutes have served the country with a large number of technical persons who are the important figures in the progress of the country.