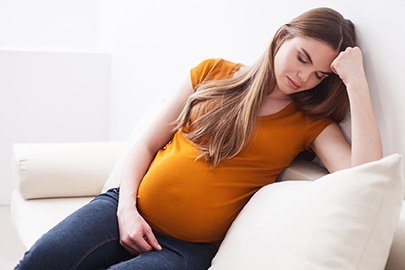 For many women with bipolar disorder, lamotrigine (Lamictal) is an effective mood stabilizer.  Given its favorable reproductive safety profile, lamotrigine is a reasonable option for women who require treatment with a mood stabilizer during pregnancy.

A recent study indicates that increases in lamotrigine clearance can begin as early as 5 weeks gestational age, often before women are aware that they are pregnant, and clearance continues to increase through gestational week 13.

For women taking lamotrigine prior to pregnancy, a pre-pregnancy blood level of lamotrigine may be established as a baseline and subsequently used as a guideline for dosing during pregnancy. However, careful monitoring of clinical symptoms may be equally as effective in managing dose adjustments as measuring blood levels during pregnancy and the postpartum period.

Lamotrigine serum levels return to prepregnancy values within 3 to 4 weeks after delivery. If the dose of lamotrigine was increased substantially during pregnancy, the patient should be monitored for any signs of toxicity (e.g. nausea, dizziness, vision changes, altered mental status) during the first few weeks after delivery, and the dose should gradually be decreased to pre-pregnancy levels.

Read More:  The 30 most confusing things about pregnancy including how safe sex is

Where our group typically does not increase the dose of lamotrigine prophylactically in women with bipolar disorder,  Clark and colleagues use an approach modelled after the management of seizure disorders and recommend adjusting lamotrigine dosing during pregnancy according to blood levels.  However, in a response to this article, Sharma and colleagues questioned this approach, as there was no evidence in this small case series to indicate that lower blood levels of lamotrigine were associated with relapse.  They also noted that if recurrent symptoms do emerge during pregnancy, other medications, such as the atypical antipsychotics, may prove to be more effective than lamotrigine for managing sleep disruption, hypomania or mania and may also act more quickly.

In patients with seizure disorders, blood levels of lamotrigine in a given individual are strongly correlated with seizure control.  However, in patients with bipolar disorder, there is more likely a broader range of therapeutic blood levels for lamotrigine. Thus, women may be able to tolerate fluctuations in LTG levels during pregnancy without significant risk for relapse.  In patients who present prior to pregnancy, it may be helpful to measure a baseline serum LTG level to guide dosing decisions later on during pregnancy; however, we do not have clear evidence at this point to indicate that tight control of lamotrigine levels during pregnancy is required or if this approach decreases the risk of relapse.  Following the patient’s symptoms closely and making medication adjustments as needed  allows us to use lower doses of medication; however, in patients who are very sensitive to changes in LTG dosage, closer monitoring of LTG blood levels may be preferable.

Sabers A.  Algorithm for lamotrigine dose adjustment before, during, and after pregnancy.  Acta Neurol Scand. 2012 Jul;126(1):e1-4.