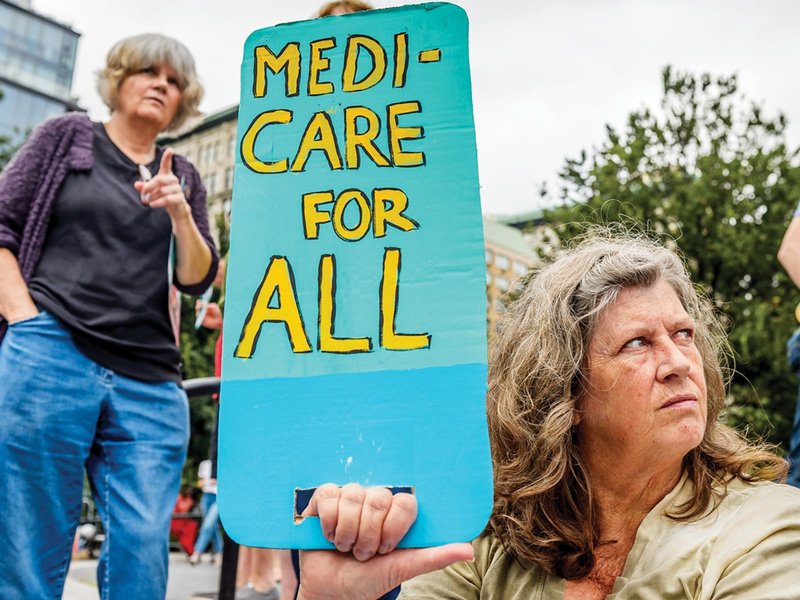 Dr. Barbara McAneny, the outgoing AMA president, exacerbates this conflict when she refers to AMA support of “pluralism, freedom of choice, freedom of practice, and universal access for patients.” But physician freedom to reject patients with poor insurance differs from patient freedom to choose physicians. Pluralism of insurance differs from universal access.

But single-payer plans do benefit patients. They guarantee access regardless of employment or finances. They reduce patient costs (healthcare taxes, premiums and out-of-pocket payments). They improve outcomes by promoting primary and preventive care. They even provide modest benefits to physicians. Their expenses decrease when every patient becomes a paying patient. Professional costs plummet. But not all physicians consider this benefit worth the compromised income potential.

Every single-payer system provides better care to more people for less money than the dysfunctional, employer-dependent, multirisk-pool American system reinforced by the Affordable Care Act and supported by the AMA.

Even at risk to my income, I want the AMA to acknowledge single-payer. If it won’t, integrity demands that it cite real physician benefits, not specious patient benefits.

Modern Healthcare last week reported that the American Medical Association membership narrowly defeated a resolution to repeal the AMA’s opposition to Medicare for All. Significantly, it was a large contingent of medical students as well as younger physicians who wanted the AMA to endorse single-payer. Physicians for a National Health Program, having thousands of mostly younger members, was there.

As someone with a strong health policy background who has written about the topic extensively, I agree with those med students; Physicians for a National Health Program; Sens. Bernie Sanders, Kamala Harris, Elizabeth Warren and others regarding healthcare reform. Medicare for All is not only a moral imperative and completely feasible, it is the only way to control our nation’s runaway health expenditures.

Those who advocate maintaining Obamacare vs. single-payer assume the effectiveness of private enterprise vs. government. Generally, yes, private enterprise is more efficient than government. However, the exception to the rule is healthcare. Medicare’s overhead is 2% vs. about 12% for the for-profit insurers.

Repeated analyses by the Organisation for Economic Co-operation and Development illustrate that we pay much more per capita than any other affluent democracy for healthcare—every year. All developed nations have greater involvement of government in their healthcare financing systems compared with the U.S. and most have found a way to cover 100% of their citizens at a much lower cost.