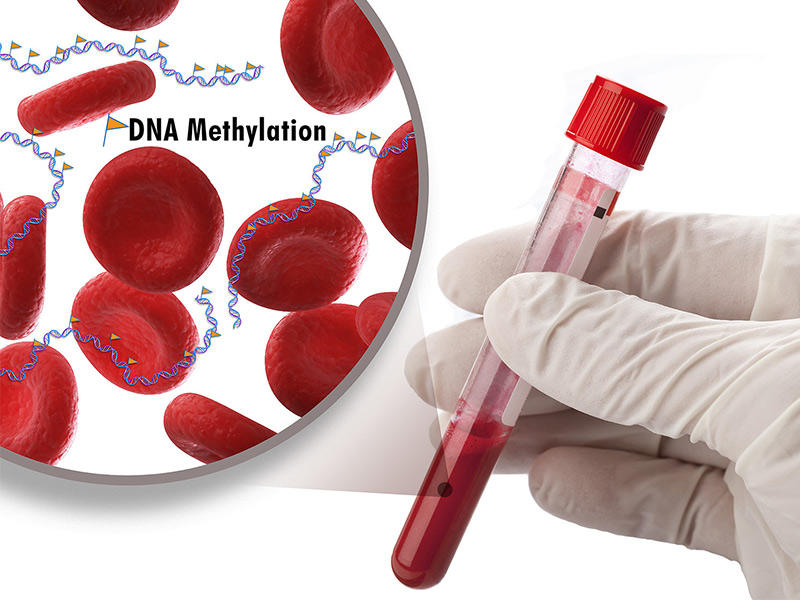 A test that analyzes DNA in blood accurately identified two kinds of cancer, according to two new studies.

The test was able to identify kidney cancer at its earliest as well as more advanced stages and to identify and classify different types of brain tumors, including low-grade and more aggressive brain cancers. The same test also showed promise for diagnosing kidney cancer using DNA from urine samples.

If the findings are borne out by further studies, the test—a type of liquid biopsy—could be used to help diagnose kidney cancer and brain cancer without the need for invasive tissue biopsies, which can be risky and costly, said neurosurgeon Chetan Bettegowda, M.D., Ph.D., of the Sidney Kimmel Cancer Center at Johns Hopkins University Medical School, who was not involved with the new studies.

“These results are quite exciting. They represent the early phases of a technology that may prove to be very powerful and enhance our ability to care for cancer patients,” Dr. Bettegowda said.

“About one-third of kidney cancers are diagnosed at later stages, when they’re harder to cure,” said Matthew Freedman, M.D., Ph.D., a medical oncologist at Dana-Farber Cancer Institute and co-senior investigator on the new kidney cancer study. No markers in blood or urine have been approved by the Food and Drug Administration to indicate the presence of early kidney cancer. And earlier detection of kidney cancer could reduce deaths from the disease, he said.

Similarly, the ability to noninvasively detect and classify brain tumors before surgery could help doctors determine the best course of treatment, better plan surgery, and even eliminate the need for surgery in some people, said Kenneth Aldape, M.D., a neuropathologist and chief of the Laboratory of Pathology at NCI’s Center for Cancer Research and an investigator on the brain tumor study.

The test may also prove useful in noninvasively monitoring whether patients are responding to treatment, Dr. Bettegowda said. Being able to diagnose and monitor brain cancers without the need for invasive biopsies is “one of the holy grails of neuro-oncology,” he said.

The findings were published June 22 in Nature Medicine and presented at the American Association of Cancer Research (AACR) Virtual Annual Meeting II.

For more than 40 years, scientists have known that tumors shed cells and molecules into blood and other body fluids. More recently, researchers have shown that analyzing these cells and molecules can reveal some of the same information that tissue biopsies provide.

Such liquid biopsies are under intensive study as a way to improve the early detection of cancer, help guide treatment decisions, track a patient’s response to treatment, and monitor whether the cancer is progressing.

Many liquid biopsy tests being developed look for specific cancer-related genetic changes, or mutations, in pieces of DNA circulating in the bloodstream.

By contrast, the approach used in the new studies profiles the pattern of methylation—chemical tags called methyl groups—on DNA in blood or other body fluids. These chemical tags, which do not change the genetic code itself, play an important role in turning genes on or off.

The approach takes advantage of the fact that DNA methylation patterns can be used to distinguish between normal and cancerous tissues as well as between different types of tissue, such as kidney, lung, brain, or breast, Daniel De Carvalho, Ph.D., of Princess Margaret Cancer Centre in Toronto, explained at the AACR meeting.

Dr. De Carvalho led the team that developed the DNA methylation–based liquid biopsy technique; he was involved in both studies.

In their approach, the researchers use machine learning—a type of artificial intelligence—to gradually fine-tune the computer program that uses DNA methylation patterns to differentiate between different types of cancer and healthy tissues.

“If the amount of tumor DNA in the blood is low, it can be difficult to detect specific DNA mutations because there’s not enough of the DNA there,” he explained.

But because DNA methylation changes are much more common than changes in the DNA code in cancer cells, he continued, the chances of detecting cancer are increased, even for tumors that don’t shed much DNA. Further enhancing the ability to pick up cancer, the liquid biopsy method uses an antibody to fish out pieces of methylated DNA from blood or urine samples.

Dr. Freedman and his colleagues tested the method on samples from 99 people with stage 1–4 kidney cancer, 15 people with stage 4 urothelial bladder cancer, and 28 people who were cancer free (healthy controls).

The test also had a 98% chance of distinguishing kidney cancer from bladder cancer, another type of urinary system tumor, in blood samples.

Although it was optimized for use with blood, the test also performed well in detecting kidney cancer in urine samples, with an 86% chance of accurately identifying the disease.

Although the test will need to be optimized for use with urine samples, “I think there’s great promise for being able to deduce the signature of kidney cancer in urine, which is an even less invasive source of DNA than blood,” Dr. Aldape said.

Putting the Test Through Its Paces

Ultimately, Dr. Freedman hopes, the test could be used to screen people who are at high risk of developing kidney cancer, such as those with hereditary syndromes that predispose them to the disease, with the goal of detecting cancer early.

However, he continued, it will first need to be validated using samples from many more people, such as stored blood samples that were collected at regular intervals in large studies that followed thousands of people over time.

“When we talk about screening, we want to make sure that there are very few false-positive tests, which would put people through additional unnecessary testing and the emotional anxiety of having a potential cancer diagnosis,” Dr. Bettegowda said.

The liquid biopsy could also be used when an imaging test such as an abdominal CT scan or MRI procedure done for other reasons reveals a suspicious spot on someone’s kidney. These so-called incidental findings often need to be followed up with an invasive kidney biopsy, Dr. Freedman said.

He and his colleagues are already investigating use of the blood or urine test to monitor people who had part of a kidney surgically removed as treatment for earlier-stage kidney cancer. Whereas some people are cured by the surgery, others are at risk of the cancer coming back and spreading.

“Our hope is that we can identify those people who have cancer that has started to spread but that has gone under the clinical radar—and that we’d be able to treat those individuals more effectively,” Dr. Freedman said.

Read More:  My vague symptoms and bouts of tiredness turned out to be incurable lung cancer

Dr. Aldape and his colleagues found that the same liquid biopsy method had a 99% chance of distinguishing glioma from healthy controls and other cancer types.

Furthermore, the team found in studies with matched blood and tumor samples from 220 patients with a variety of brain tumors, the test could distinguish between different types of brain cancer, including those that are less or more aggressive, and metastatic brain tumors (that is, cancers that originated elsewhere in the body and then spread to the brain).

So, a noninvasive test that identifies the specific type of brain tumor could save some people from unnecessary invasive surgery, Dr. Aldape continued.

While additional research would be needed, the test also could potentially be useful for developing a treatment plan before surgery and noninvasively monitoring how patients respond to treatment, Dr. Aldape said.

As with kidney cancer, the method will need to be validated for brain cancer in larger studies that follow people over time, “where we see, in more of a real-world setting, how these tests perform,” Dr. Bettegowda said.

Further studies will also be needed before the test can be used to guide treatment decisions or to plan treatment, Dr. Bettegowda continued. That could be tested in small studies “where we have the test results fed back to the treating physicians or clinicians and see how that impacts overall outcomes in terms of patient survival, disease recurrence, and prognosis,” he said.

And before the test is ready for prime time, Dr. Aldape said, it will also need to be adapted so that it can be readily used by clinical laboratories as part of routine testing.

Researchers from both studies said that the test may be of most value when combined with other approaches for diagnosing or monitoring cancer.

Combining methylation-based liquid biopsies with other, complementary, approaches, such as other types of liquid biopsy or imaging methods such as MRI, “has the potential to improve sensitivity, specificity, and the information given back to the patient and their physicians,” Dr. Bettegowda agreed.