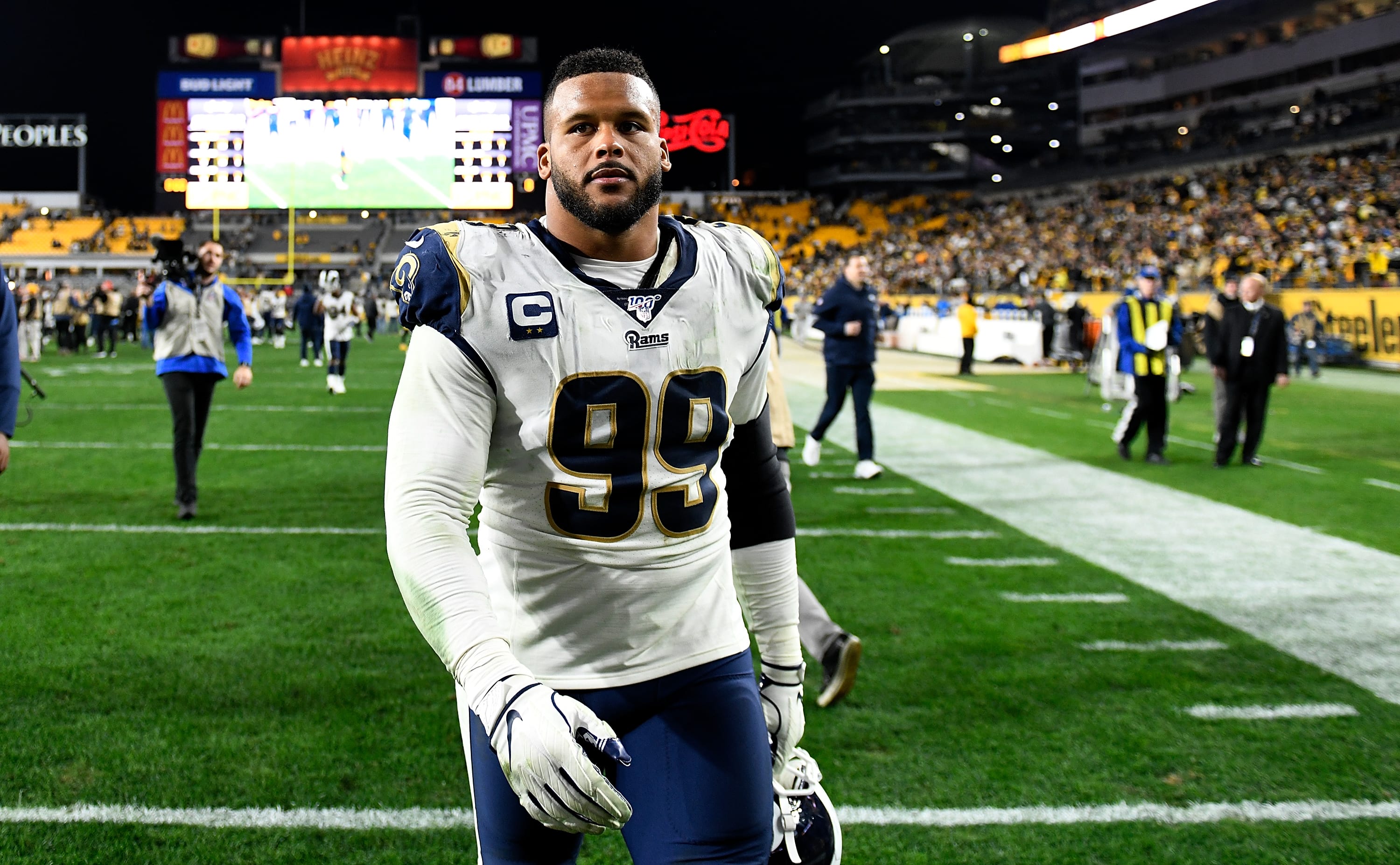 Aaron Donald #99 of the Los Angeles Rams walks off the field following the Rams’ 17-12 loss to the Pittsburgh Steelers at Heinz Field on November 10, 2019 in Pittsburgh, Pennsylvania.

Donald, 28, met founder and President Pat Cavanaugh through the defensive tackle’s Pittsburgh-based foundation AD99 Solutions. Both men also attended the University of Pittsburgh where Donald was an All-American athlete and Cavanaugh played football and basketball more than two decades earlier.

“I’ve looked at hundreds of brand partnerships over the past couple years and have found very few that match my standards and interests in making a difference in a global community,” Donald said in a statement. “The fact that Pat, also a Pitt guy, shares the same mindset about hard work and helping others, and runs the business with that mindset every day, made Ready the perfect fit for me.”

Ready Nutrition, which was founded in 2012 and is based outside of Iron City, is poised to eclipse $ 100 million in total sales next year and is generating double-digit annual sales growth, Cavanaugh said.

“Our sales are, what we feel, are significant and are growing as we get larger, they are accelerating more. A lot of companies, when they get bigger, that growth percentage slows down, we’re accelerating,” Cavanaugh said, declining to provide specific details.

Terms of the investment weren’t disclosed, but is Donald is taking a small stake in the company as a growth investor that will rise over time along with the value of the company, according to someone familiar with the deal.

The company produces all-natural, organic sports nutrition products, including protein bars, powders, and most notably, its protein water. According to Ready Nutrition, products are available in over 8,000 outlets across the country, including Sam’s Club, online via Amazon and at athletic teams at more than 200 universities. Ready Nutrition is also the “official sports nutrition brand” of four NCAA division 1 conferences: Atlantic 10, Big Sky, Conference USA, and Southland Conference.

The fitness drink industry has attracted other top athletes as investors. Retired Los Angeles Lakers star player Kobe Bryant reportedly invested $ 6 million to take a 10% stake in Bodyarmor in 2014 that was reportedly worth more than $ 200 million last year, according to ESPN.

Ready Nutrition is trying to attract even younger athletes, “which we define as high school and down,” Cavanaugh said.

Cavanaugh said the plan is to connect to the company’s core message through Donald’s personal story that “he’s heard his whole life up until he made it to the league, which was too small, too slow, not being quick enough … We want to use him and say, ‘OK, I don’t care if you’re an All-American or what your level is right now, you can control how you’re going to move forward, and you can do it this way.'”

Donald, who will earn roughly $ 9.1 million for the 2019 season, signed a six-year, $ 135 million extension with the Rams in 2018. He’s currently third on the team with 5.5 sacks this season, and spent his bye week in the Pittsburgh area to work on Ready Nutrition’s marketing plan.