Gary Schwitzer is the founder and publisher of HealthNewsReview.org.  He longs for a day when he doesn’t feel compelled to write about miscommunicated observational research any more. 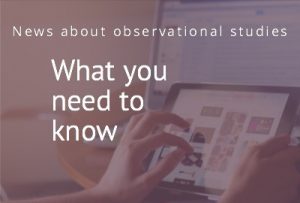 Let me count the ways in which I am moved to write about another unwell piece in the New York Times Well section – “Statins May Cut Glaucoma Risk.”  Let’s begin with the first line:  “More good news about cholesterol-lowering statin drugs.” No, it’s not good news.  There’s no “take it to the bank” definitive news-you-can-use here.  In fact, the story ends with a statement from one of the researchers:

…glaucoma treatment or prevention is not by itself a reason to start statins. “Our study doesn’t address whether statins stop the progress of the disease,” she said. “That would require a clinical trial.”

The journal article upon which the story is based is headlined, “Association of Statin Use and High Serum Cholesterol Levels With Risk of Primary Open-Angle Glaucoma.”

It said association, not causation.

And so, all of the following phrases in the story, using causal language, are inaccurate and misleading:

As is often the case, the journal article had a substantial section on acknowledged limitations (below), none of which was mentioned in the Times story. But he/she who lives by the journal article du jour often cares little about limitations, but, rather, about meeting one’s story quota.  I don’t expect consumer-readers to understand everything in the authors’ limitations section, but I present it here just so you can see how willfully some of this is ignored in mainstream news coverage of research:

Although our study was large, with a long follow-up, repeated assessment of statin use and hyperlipidemia, and the availability of key covariates, our study had several limitations. We likely had misclassification of statin use and cholesterol levels, as we did not measure participants’ recall errors. This misclassification would have biased associations toward the null. Our case ascertainment method had low sensitivity; however, methodologically, RR estimates are still valid if the case definition is highly specific and the case ascertainment is unassociated with exposure. Also, as participants were mostly white health care professionals all free of cancer, our results may not be generalizable to other community-dwelling older populations with different underlying risks for POAG (eg, in predominantly African American populations). Despite our adjusting for many potential confounders, there may still have been some residual confounding. Also, to comprehensively evaluate the association between hyperlipidemia, cholesterol-lowering treatment, and POAG, we performed many secondary analyses; many of these results showed weak associations. Any notable findings (eg, possible interaction with age for statin duration) may have been owing to chance; thus, they must be interpreted with caution and confirmed in other studies. Finally, our study was observational, but a definitive means of assessing the association between statin use and POAG would be to conduct a randomized clinical trial (although more observational studies are warranted to determine ideal dosage, statin type, and target population).

Wisdom of the crowds

It is noteworthy how many smart reader comments were left on the New York Times website.  Clearly, readers are fed up with this repeated Well pablum.  Examples of reader comments:

Read More:  People who drink a glass of wine a day have a lower risk of depression than tee-totallers 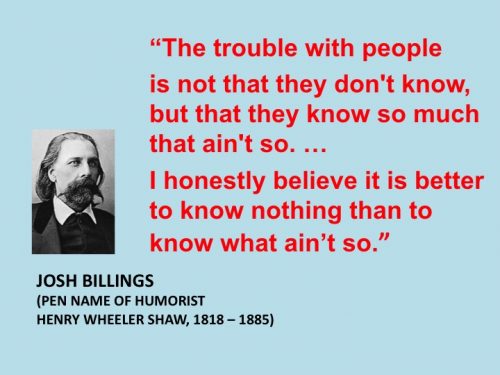 I honestly believe it is better for the New York Times to stop reporting 226-word stories in the Well column.  Use that paltry allotment of words in the Style section or the crossword puzzle instead, where no harm will be done.  Increasingly, today’s news and health care consumers demand more context and analysis in health care journalism.  They’re not getting it from this kind of shovelware – shoveled direct from journal to news story – without much or any independent vetting.