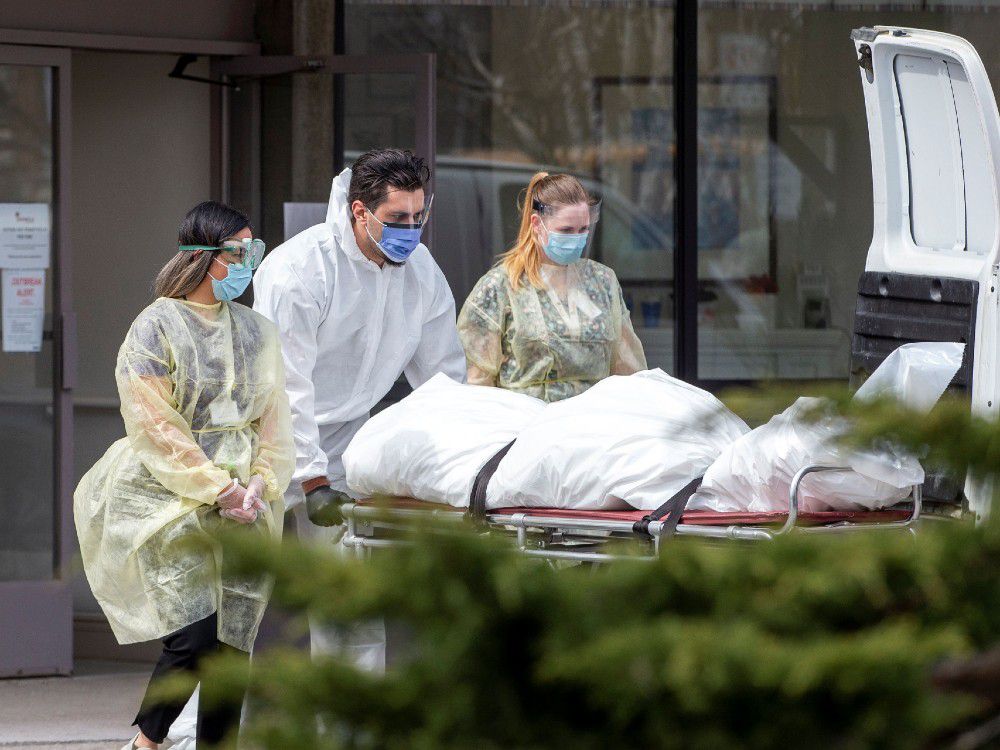 “That’s one of the most interesting parts of the study,” said Rosella. “There was a behaviour change there, in terms of people who would typically go to the hospital.”

Information in the coroner’s office database indicates that at least half of the excess cremations compared to the 2017-2019 period were people killed by the coronavirus. Some of the remaining 50 per cent were probably also COVID-19 cases, individuals who were not diagnosed or had false-negative tests, said Rosella.

But certainly many of them would have died from other causes, such as not getting the care they needed because they didn’t want to visit a hospital, or having treatment delayed, she said. Cardiovascular specialists have noted that the number of people reporting to hospital for heart attacks and strokes dropped during the pandemic.

If we didn’t put those (lockdown) policies in place, we could see a lot more mortality

Rosella said she does not blame officials who cancelled thousands of elective surgeries and other services and closed medical clinics in March, saying that it was likely the best response at the time to an uncertain and evolving threat.

But she said the system is already looking at ways of avoiding non-COVID harm if there’s a second wave, such as creating separate, coronavirus-free hospitals or parts of hospitals.

The researchers say it’s possible that some of the increase in cremations they found was the result of more people cremating rather than burying loved ones as the lockdown forced families to pare back funerals. But various indicators — such as the fact the cremation spikes paralleled the epidemic curve — suggest that phenomenon would have contributed little to the effect, said Rosella.

Is it also possible that those excess deaths were people who would have died within a few months, anyway, and that the numbers will in effect even out over coming months?

Time will tell, said Rosella, but it’s doubtful, requiring a drastic decline in deaths for the rest of 2020.