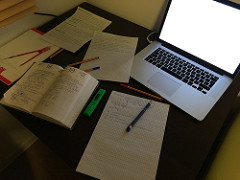 Although we all know that becoming a doctor involves several years of secondary and post secondary education, most of us aren’t aware of just exactly how long a doctor needs to study before they are licensed to practice in any given state and just how difficult it is to even get accepted to major medical universities in the first place. It is difficult enough getting into college but once you have that first four years under your belt you need to apply for and get accepted into med school. If you don’t have at least a 3.0 average your chances are pretty slim. In fact, you had probably better have at least a 3.5 average or above if you stand a prayer of getting accepted. The competition is fierce.

Medical School is a four year degree program above and beyond the first four years of college. It doesn’t matter whether you plan to become a DO or an MD, the educational requirements are the same. The only difference is a slight variation in the philosophy between the two disciplines. In years past there really was more of a differentiation but over time and in keeping with state and federal requirements it is no longer as pronounced.

After graduating from med school it is necessary to do three years of residency. The first year, previously referred to as ‘internship’ is spent doing general rounds such as a time in pediatrics, some time in surgery, some time in general practice, etc. But now, the whole three year post-med school time is referred to as ‘residency’ and it is here where most doctors decide what their specialization will be.

But it doesn’t end there. After that there are required re-certification courses, often referred to as continuing ed, that are required by the state in which the doctor practices. Different states have different laws as to how many of these courses are required and how often you need to be re-certified. If you are considering a career in Pediatrics, be prepared for a lifetime of education.

Want to find out more? Look up the average Pediatrician Salary for much more information.