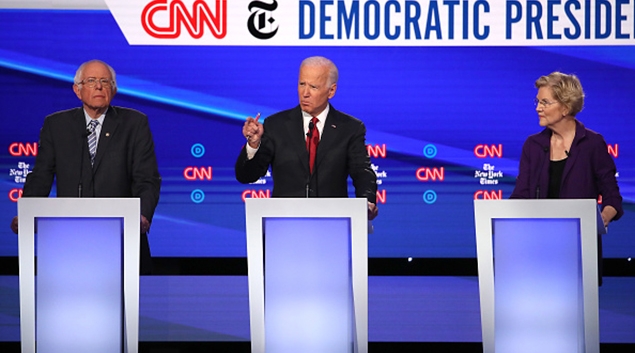 Public healthcare options such as the ones put forward by Democratic presidential candidates would erode insurers’ revenues and profit margins, while single-payer poses an existential threat, according to a new Moody’s Investor Service report.

The adoption of new or expanded federal healthcare programs in the U.S. would have societal benefits but would also have negative credit implications for much of the healthcare industry, according to Moody’s, which explored the effect of three different types of federal insurance expansion proposals on insurers, hospitals and pharmaceutical companies. Together, these account for an estimated $ 1.2 trillion in rated debt, said the report by the Moody’s Credit Strategy & Standards team.

These proposals vary in their scope and detail but share some common goals and design features by seeking to increase access to healthcare by expanding existing federal public health insurance, Moody’s said.

Moody’s said all three proposal types would require the new public plans to reimburse hospitals at price levels similar to those of the existing Medicare program, which are generally below the prices paid by private insurance.

A limited public option that largely preserves employment-based insurance would likely have only a small impact on rated companies, while a more expansive public option available to all or a single-payer system would be transformative for the entire healthcare industry, the report said.

Read More:  Some coronavirus test kits shipped to states are not working as expected, the CDC says

Under the two public option proposals, insurers would have to compete with a new public insurance plan on premium rates and benefits, which could erode their market shares and profit margins.

The single-payer proposal type poses an existential threat to the health insurance sector because it calls for the elimination of most private insurance, but it is also likely that any such proposal that became law would retain a role for private insurance companies.

Pharmaceutical manufacturers would be negatively affected by provisions in all three proposal types that call for centralized prescription drug price negotiation by the federal government, not only for new federal plan enrollees but also for the existing Medicare population.

Democratic presidential candidates are debating the merits of expanding the role of the government in healthcare.

Medicare for All is supported by at least two Democratic front-runners, Senators Elizabeth Warren and Senator Bernie Sanders.

Voters have said healthcare is a top concern ahead of the 2020 election. As healthcare costs continue to rise faster than wages, many people with insurance still struggle to pay for care. High deductible plans have become the norm.

The number of people without health insurance has fallen significantly since  implementation in 2014. The ACA expanded access to insurance and consumer protections for nearly 30 million people.

Increased access would increase demand for healthcare, which would be positive for the industry, Moody’s said.

Read More:  Returning to Racing After an Injury

“All three of the proposal types we examined focus on increasing access to care while reining in costs,” says Moody’s Vice President Jonathan Siegel. “However, they would also affect revenue and profitability across the healthcare industry, although credit implications would depend largely on how many people switch from an existing private insurance plan to a public plan.”