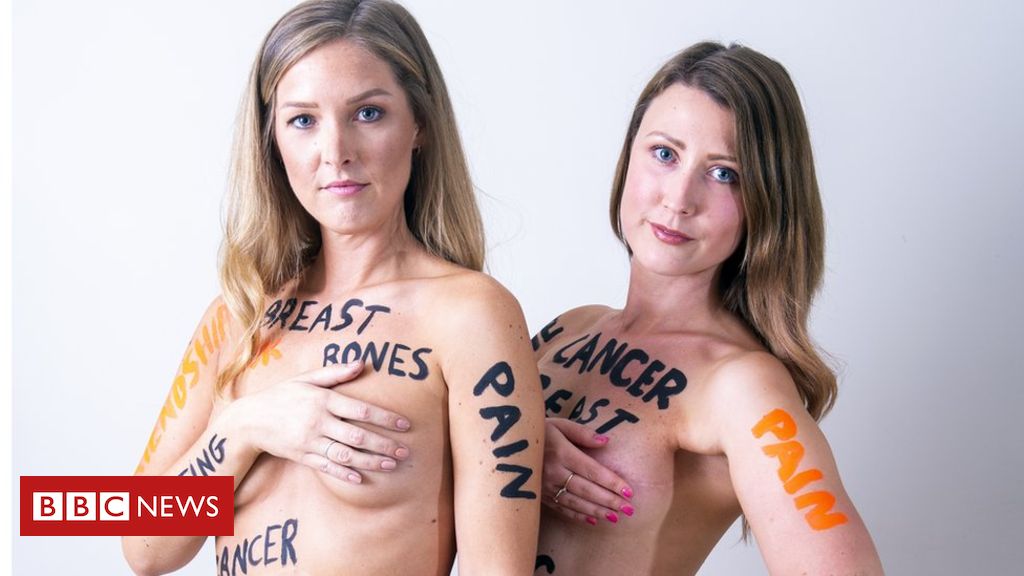 Two women with incurable breast cancer whose lives were “flipped upside down” by the diagnosis have set up a group to offer hope to others.

Nicky Newman and Laura Middleton-Hughes, both 31, have stage four cancer that has spread around their bodies.

When Nicky, from Guildford, was told her secondary cancer was incurable, she said it sent her into a “blind panic”.

The pair said they hoped their online community, Secondary Sisters, would help others facing such difficult news.

Laura, from Norwich, said it had given them both a “positive, therapeutic, way of talking about our cancer”.

“We both potentially face a very bumpy future, but we do have a future and we are going to live it,” she said.

“And if we can help even one person feel better about themselves and like they are part of a community, that’s amazing.”

Both women are supporting Stand Up To Cancer, a joint fundraising campaign from Cancer Research UK and Channel 4.

Nicky and her husband Alex were undergoing IVF treatment when she found a lump in her breast.

She said even before cancer was mentioned she could “see it in the doctor’s face”.

During tests, she mentioned back pains, so was referred for specialist imaging.

“The surgeon said to me: ‘I’m really sorry, there’s nothing I can do’. It sent me into a blind panic,” she said.

However, she was given a drug called Palbociclib, which had only just been approved for NHS use.

“If it hadn’t, my prognosis would have been very different,” Nicky said.

What is secondary breast cancer?

In stage four breast cancer, the breast cancer cells have spread to other parts of the body, such as the bones, lungs, liver or brain.

The cancer is not curable at this point but may be controlled with treatment for some years.

Treatment may have halted the spread of the disease but it has robbed both women of the chance to have children.

Nicky said when she left hospital, she was “grieving more for the fact that I had lost my chance to be a mother than because I had cancer”.

Laura was diagnosed with breast cancer in 2014 after finding a lump while on holiday.

She underwent a mastectomy and chemotherapy and recovered well.

But in April 2016, pain in Laura’s right shoulder got steadily worse and she was referred for a scan.

A tumour had overtaken the head of the humerus – the bone in the arm between the shoulder and elbow.

Laura has traces of breast cancer in her spine, 12 vertebrae and pelvis but said: “I’m very grateful the treatment I’m having is managing to live me a fairly normal life.”