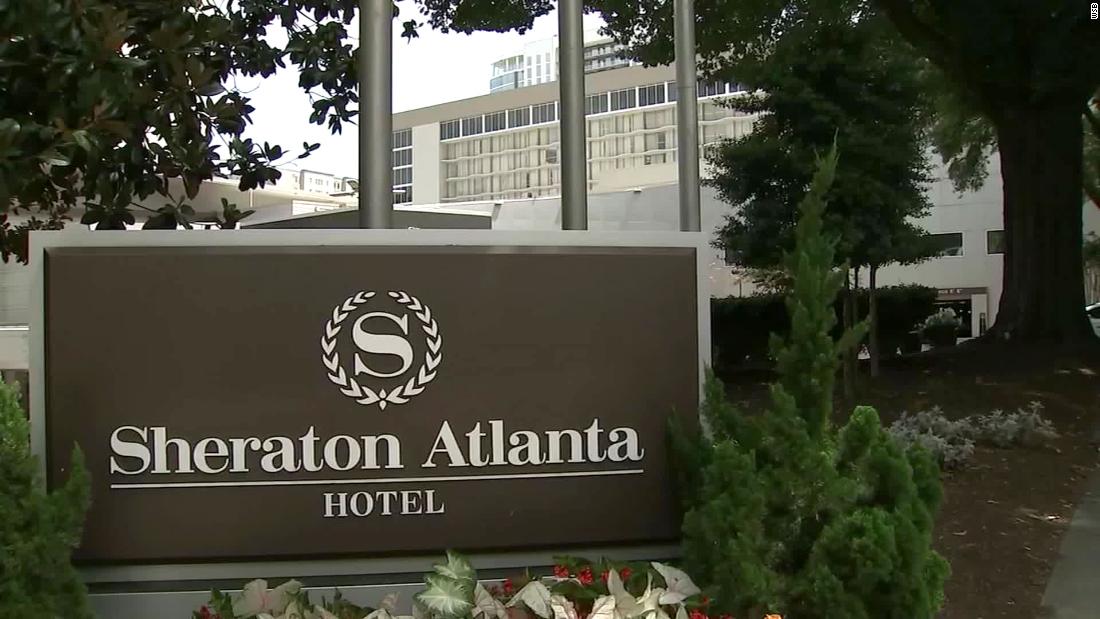 The source of the outbreak at the Sheraton Atlanta Hotel has been traced to its cooling tower, the Georgia Department of Public Health now says. Public health officials also found Legionella bacteria in a decorative fountain in the atrium.
There have been 13 lab-confirmed cases ”of Legionnaires’ disease, including one death, and 66 probable cases of Legionnaires’ disease related to this outbreak, according to the department. In a statement, the health agency said remediation to the entire hotel water distribution system, including the cooling tower and decorative fountain has been made and sampling and testing will continue at the hotel.
Following a complete inspection, the hotel, which had shut its doors on July 15 after public health officials linked cases of the disease to the hotel, was cleared to open Thursday.
A front desk employee of Sheraton Atlanta told CNN there are already guests staying at the hotel now that it’s reopened and the hotel will begin taking additional reservations on Friday.
A guest of the Sheraton Atlanta, Danielle Johnson, told CNN affiliate WSB-TV that she had booked a room back in May. When she and Brian Walker arrived Thursday, they didn’t know the hotel had reopened the same day after being closed due to the outbreak.
“We’ve got the run of the place that’s for sure,” Johnson told WSB-TV. “It’s probably the cleanest the hotel has ever been. It’s going to be the safest place to stay right now because it’s not going to get any cleaner or safer.”
In a statement Thursday, the hotel said, “An extensive investigation has identified no evidence of a risk of Legionella exposure at the hotel at this time.”

What is Legionnaires’ disease?

Legionnaires’ is a disease that humans can contract after breathing in mist or water droplets that contain the Legionella bacterium, according to the Centers for Disease Control and Prevention.
Symptoms can include coughing, shortness of breath, high fever, muscle aches and headaches, and can begin two to 10 days following exposure to the bacteria.
It usually isn’t spread from person to person. Because the bacteria often live in warm water, people usually come down with it after being exposed to faucets, showers, bath tubs, and fountains where the germs may have been.
The CDC says about 1 in 10 human cases prove fatal.
Nationwide, the number of cases has risen 550% since 2000, with 7,500 US cases in 2017. Those statistics are due in part to a true rise in the number of actual cases, but also a rise in reporting cases.

Read More:  Chance the Rapper sends out desperate plea in search of kidney donor for his aunt