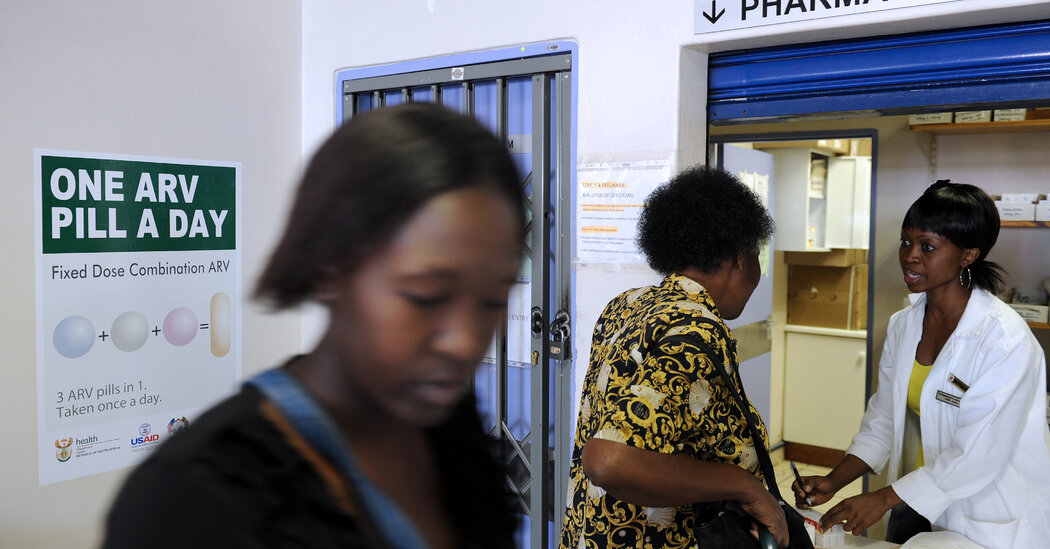 A single shot given every two months has proved to be more effective than a daily pill at preventing H.I.V. in women, researchers reported on Monday, an advance that medical experts hailed as groundbreaking in the fight against the deadly virus that causes AIDS.

The finding that the long-acting drug would prevent H.I.V. in six doses taken over a year instead of the 365 required for the prevention pill currently on the market was so convincing the researchers decided to end their clinical trial of the drug early.

“It’s a game changer for women,” said Dr. Sigal Yawetz, an expert on women with H.I.V. at Brigham and Women’s Hospital in Boston who was not involved in the trial.

Women and girls accounted for about half of all new H.I.V. infections in 2019, according to Unaids, a United Nations organization that leads the global fight against H.I.V. and AIDS. In sub-Saharan Africa, five in six new infections among adolescents ages 15 to 19 are among girls.

“If we’re going to get to the end of the epidemic, we have to do something to stem the tide of infection in those women,” said Dr. Kimberly Smith, head of research and development at ViiV Healthcare, which manufactures the injection. “That is why this study is so important. It gives a new, incredibly effective option for women.”

Women have had only one approved option for pre-exposure prophylaxis, or PrEP, a course of drugs taken to prevent contracting H.I.V.: the daily pill Truvada, made by Gilead Sciences. (A second pill also made by Gilead, called Descovy, was approved in October 2019, but only for men and transgender women.)

Read More:  4 Reasons Music Can Help You Achieve Better Results In The Gym

Many women struggled to take the pill regularly, undercutting its usefulness. Not having to take a daily pill would afford them freedom from having to hide or negotiate their medication use with their sexual partners, experts said.

“We’ve been waiting for a PrEP strategy that would work in women, and I think we have one now — so it’s very exciting,” Dr. Yawetz said. “I’d like women to have as many options as they can that are affordable and safe, depending on their needs.”

But the injected drug will need to be affordable in resource-poor nations. Even in the United States, Truvada’s price kept it out of reach of many who would have benefited from the drug. (Generic versions of Truvada are now available.)

And women will need easy access to the shots every eight weeks,which must be given by a medical professional. During the clinical trial, because of restrictions introduced during the pandemic, “there was a scramble to make sure that these women could continue to get their injections on time,” Dr. Smith of ViiV Healthcare said. The trial researchers sent transportation for the women and managed to retain 98 percent of the participants, she said.

The randomized, double-blind clinical trial was conducted by the H.I.V. Prevention Trials Network, an international collaborative funded by the National Institutes of Health. The trial compared the injected drug, called cabotegravir, with Truvada in 3,223 participants in 20 sites across seven countries in sub-Saharan Africa.

Read More:  Dictionary is a Great Tool for Everyone Posted By : JR Paquet

After an interim analysis showed that the long-acting injection was 89 percent more effective than Truvada, an independent data safety monitoring board recommended that the trial be stopped early.

“I am extremely excited about the findings of this study, and I have to admit that I was on razor’s edge waiting for these results,” said Dr. Monica Gandhi, an H.I.V. expert at the University of California, San Francisco, who was not involved in the trial.

The drug does not need to be refrigerated, so mobile clinics and community centers can offer it to women or bundle it with injectable birth control, Dr. Gandhi said.

A previous trial tested the drug in nearly 4,600 cisgender men and transgender women who have sex with men and found it to be 66 percent more effective than Truvada in that population. That trial was expected to continue into 2022, but was stopped in May for similar reasons.

Dr. Gandhi praised these trials for testing the drug in multiple populations. Gilead’s Descovy was tested and approved only in men and transgender women who have sex with men — a decision that she said set a “very disturbing precedent.”

The women in the trial were all taking contraceptives, but given that women of childbearing age are at high risk of H.I.V., it will also be important to show that the drug is safe for use in pregnant women, Dr. Yawetz said.

Read More:  Why women SHOULD fake orgasms: It might make them more likely to have a real one, study claims

Low amounts of the drug can persist in the body for a long time, so there is a higher risk of resistance in people who skip the injection than there is with a daily pill that quickly dissipates.

“If you go too long, and you get exposed to H.I.V., you could get a drug-resistant virus, so every eight weeks is going to be mandatory,” Dr. Gandhi said. “And because of that, to keep adherence to that type of schedule, we have to be creative.”