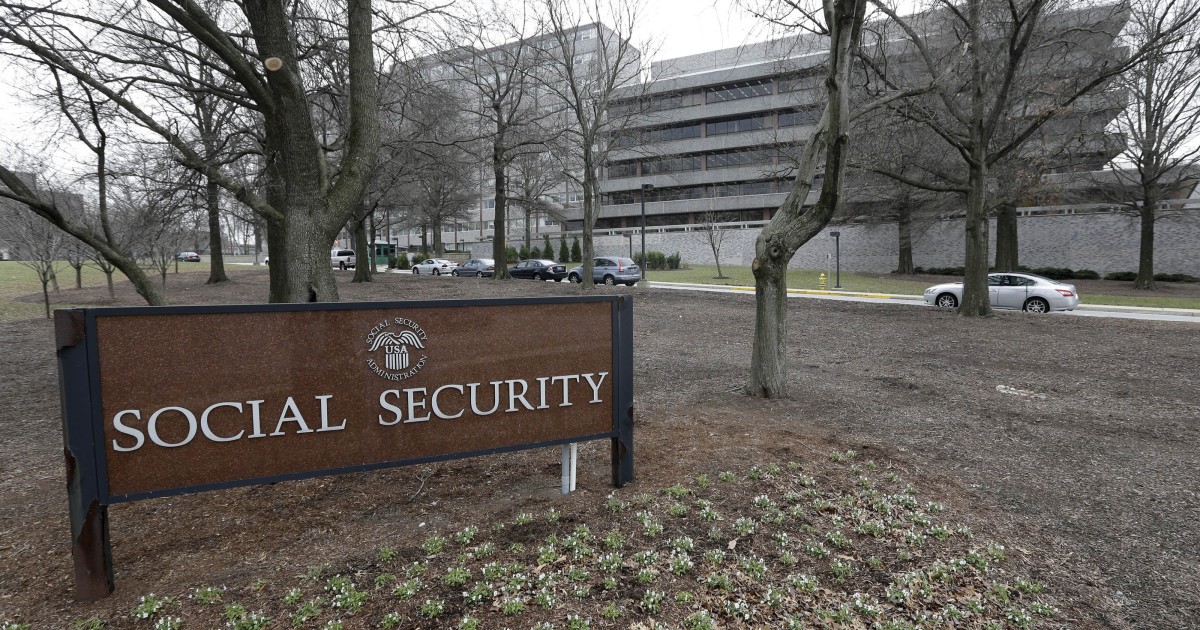 Some say history judges a nation by how it treats its most vulnerable people. The United States might fare poorly if we look at the Supplemental Security Income program, which provides need-based cash assistance to about 8 million extremely poor disabled and elderly people.

Established in 1972, SSI has strict disability standards and is an option of last resort. It fills the gaps left by Social Security’s work-based old-age and disability insurance programs. Congress intended SSI to protect people incapable of working and lacking assets and family support from dire poverty. But a half-century of neglect by both parties has hamstrung the program.

SSI income is meager. In 2020, the maximum federal benefit was $ 783 a month ($ 9,396 a year) and an average monthly payment of about $ 560. More than 40% of recipients live in poverty. This is a consequence of the government’s failure to adjust SSI income and asset limits for decades of inflation. It is as if they kept the same-size puppy collar on a growing dog that is now choking.

About 65% of SSI applications are rejected. The Social Security Administration projects that the number of SSI recipients will barely grow over the next 25 years while expenditures drop by about one-third, from 0.26% to 0.18% of GDP. Zero or negative SSI growth seems very odd, considering that the aging of the baby-boom generation will balloon the number of elderly. The population of younger people with disabilities is growing too.

A coalition has begun pushing policymakers to update and simplify SSI. Changes they seek include:

Read More:  From bookish to social: What it's like to get hearing aids in your 30s

SSI’s “in-kind support and maintenance” rules are particularly onerous. Groceries and other assistance from family and friends count as in-kind income, which can jeopardize eligibility, decrease payments, and discourage community help.

Advocates are urging President Joe Biden to follow through on campaign promises to improve SSI. So far, SSI reform is not part of his $ 4 trillion legislative agenda. On Wednesday, Sen. Sherrod Brown of Ohio and other Democrats reintroduced the Supplemental Security Income Restoration Act to overhaul the program — among other things, raising SSI asset limits and indexing them to inflation.

SSI is far from meeting Congress’s goal of “assuring that the nation’s aged, blind, and disabled people would no longer have to subsist on below-poverty-level incomes,” wrote Social Security advisory board member Nancy Altman in a statement attached to the most recent SSI annual report. Unfortunately, that report otherwise ignores concerns raised here.

Even in its decaying condition, SSI is vitally important. Recipients include children with intellectual disabilities, adults with severe mental illness, seniors with Alzheimer’s disease, people who can’t see or move, and frail elders with extremely low or no income. A study by the Social Security Administration found that SSI reduced the poverty rate among recipients to 42% from what would be 63% without the payments.

Conservatives can argue that making it hard to qualify has prevented fraud and helped SSI maintain work incentives. But balancing the program’s incentives is not easy. Fraud prevention, taken too far, begins to prevent the genuinely needy from accessing a program designed to help them.

Congress has created, and indexed, hundreds of programs and tax breaks benefiting middle-income and wealthy people, but it has failed to do this for SSI’s income and asset limits. A 2014 law allows contributions of up to $ 15,000 a year to tax-advantaged accounts covering expenses for some people with disabilities. The new ABLE accounts can give well-off families of people with disabilities a big advantage. They can save up to $ 100,000 in ABLE funds while also receiving SSI.

But disabled people who lack such funds are left facing the $ 2,000 resource limit.

The U.S. government just sent most people COVID-19 relief checks, with no strings attached, to compensate for an external barrier to their capacity to earn a living. Many people with disabilities must overcome greater internal barriers when they try to work during normal times. Why shouldn’t they be able to save some money for emergencies and build a better life without losing this lifeline? It makes little practical or moral sense to force people into deep poverty before they can receive SSI.

The U.S. has changed a lot since 1972. Economic inequality has widened. Half of the workforce now earns low wages or is not employed. Unfortunately for people stuck at the very bottom, the people with the money and the power to change things have been too comfortable to see it, and they are stuck in a program designed for the world of 48 years ago.

Read More:  The Top 5 Things A Woman Needs for Optimal Health, According to a Nutritionist

Karl Polzer is the founder of the Center on Capital & Social Equity.