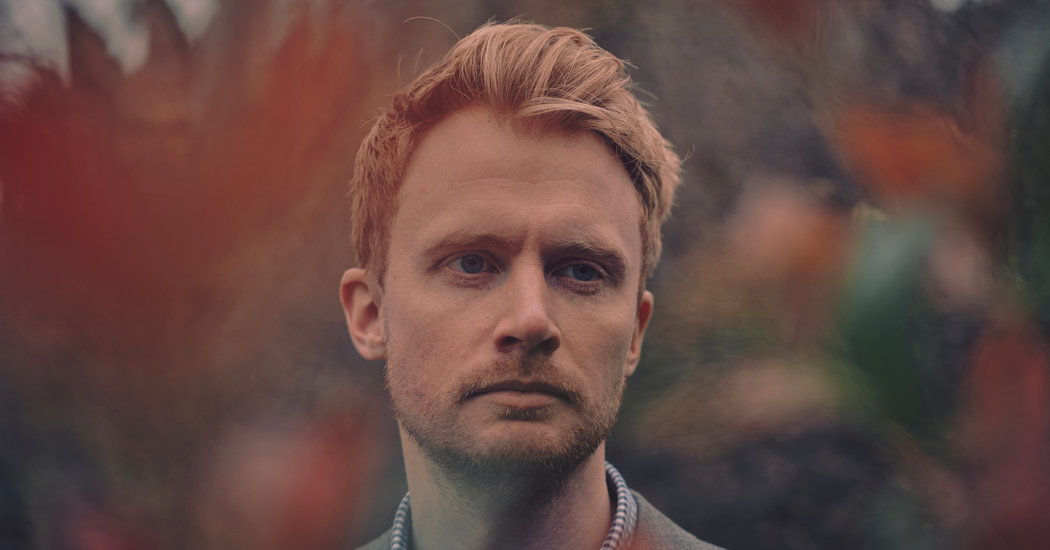 Adam Kucharski studies how diseases spread, but he’s not handling viruses in the lab or treating sick people in the hospital. He’s a mathematician at the London School of Hygiene & Tropical Medicine, and he uses math to understand outbreaks of diseases like Ebola, SARS, influenza and now Covid-19. His goal is to design better ways to control outbreaks.

In an eerie coincidence, he wrote a book called “The Rules of Contagion,” before the current outbreak, which has been published in Britain and will be released in September in the United States. In it he talks about the math of contagion involving not only physical diseases, but also ideas, rumors and even financial crises.

In a recent experiment for the 100th anniversary of the 1918 flu, he worked with another mathematician and BBC presenter, Hannah Fry, of University College London, to create a documentary, “Contagion: The BBC Four Pandemic,” using a phone app to track social contacts and map how an infection might spread.

The news of coronavirus epidemics around the world involves a flood of numbers that are a challenge for any nonscientist to digest. I asked Dr. Kucharski to help us navigate some of these numbers, and to tell us which ones we should pay attention to. We talked on the phone and corresponded by email this week. This is an edited version of our back and forth.

We hear a lot about the percentage of sick people who are dying. Is that the case fatality rate?

The case fatality rate measures the risk that someone who develops symptoms will eventually die from the infection.

And how is that rate calculated?

Ideally, we would monitor a large group of people from the point at which they develop symptoms until they later die or recover, then calculate the proportion of all these cases who had died.

So can we just look at the total number of deaths and the current number of cases?

The problem with just dividing the total number of deaths and total number of cases is that it doesn’t account for unreported cases or the delay from illness to death. The delay is crucial: If 100 people arrive at hospital with Covid-19 on a given day, and all are currently still alive, it obviously doesn’t mean that the fatality rate is 0 percent. We need to wait until we know what happens to them eventually.

Get an informed guide to the global outbreak with our daily coronavirus newsletter.

Any deaths will be people who got sick two to three weeks ago, so it’s not simply deaths at the moment divided by cases at the moment. Plus some cases might be missed: If you have two deaths from two cases, as happened in Iran last month, that most likely means you’ve missed a bunch of cases.

We’ve seen all sorts of numbers for fatality rates. Does the latest estimate of 3.4 percent globally make sense?

Early on, people looked at total current cases and deaths, which, as I said, is a flawed calculation, and concluded that the case fatality rate must be 2 percent based on China data. If you run the same calculation on yesterday’s totals for China, you get an apparent CFR (case fatality rate) of near 4 percent. People are speculating that something is happening with the virus, where it actually is just this statistical illusion that we’ve known about from Day 1. I’d say on best available data, when we adjust for unreported cases and the various delays involved, we’re probably looking at a fatality risk of probably between maybe 0.5 and 2 percent for people with symptoms.

I had a short Twitter thread explaining this (and predicting the rise) a couple of weeks ago:

What about another number we hear about all the time, R, the reproductive number, or how many people a given patient is likely to infect. Why is it important and what goes into calculating it?

At its simplest, R is the answer to the question: How worried should we be about infection? If R is above one, each case, on average, is giving it to at least one other person. You’re going to see growth.

If it’s less than one, then a group of infected people are generating less infection. From a policy-planning point of view, it gives you a very clear objective. For example, in the Ebola response in 2014, it was a really prominent part of the response. The aim was to get R below one.

That seems very simple and straightforward, but you write that it’s more complicated than it seems. In your book you say that to calculate R you’ve got to know duration, opportunity, transmission probability and susceptibility (the “DOTS”). Let’s take them one by one. What is duration?

Do we know what the duration is for this coronavirus?

On average, we’d probably be looking at a week or two. Of course, if people get hospitalized, then they’re not in the community spreading infection in the same way.

The second component is opportunity. How do you determine that?

That’s a measure of how many people you come into contact with for every day you’re infectious. With something like flu, you’re not infectious very long but a lot of your interactions could potentially spread it. Whereas with something like HIV, the duration is much longer but the number of sexual partners you have relative to the number of conversations you have is obviously much lower.

This is a measure of the chance the infection will get across during an interaction. For example, during a sexual encounter, the virus won’t necessarily get across.

Finally there’s susceptibility. How do you determine that?

Susceptibility measures the chance the person at the other end of the interaction will pick up the infection and become infectious themselves.

Once you’ve got numbers for these four components, what’s the equation to come up with R?

If you multiply them together, you get the reproduction number. So if you scale up or scale down any one of these things, it directly affects the value of R.

How does this knowledge help public health planning?

Generally, susceptibility is the easiest one to reduce if we have things like vaccines. If we don’t, then we have to think about targeting the other aspects of transmission, such as reducing opportunities through social distancing, or probability of transmission during things like handshakes by encouraging hand washing.

What if you’re not in public health, but are thinking about your own personal chances and what your behavior should be?

If you imagine you’ve got a reproduction number of two, each person’s infecting two others, on average. But some situations are more likely to spread infection than others. We’ve found for things like Covid-19, it’s close-knit interactions that seem to be most important.

What we need to think about — and what a lot of our modeling is certainly thinking about — is not just how much transmission is happening, but where is that transmission happening. If you’re going to change your behavior, think how to reduce those risky situations as much as possible.

If you were the average person, what would you pay attention to — in terms of the news and the numbers?

One signal to watch out for is if the first case in an area is a death or a severe case, because that suggests you had a lot of community transmission already. As a back of the envelope calculation, suppose the fatality rate for cases is about 1 percent, which is plausible. If you’ve got a death, then that person probably became ill about three weeks ago. That means you probably had about 100 cases three weeks ago, in reality. In that subsequent three weeks, that number could well have doubled, then doubled, then doubled again. So you’re currently looking at 500 cases, maybe a thousand cases.

I think the other thing that people do need to pay attention to is the risk of severe disease and fatality, particularly in older groups, in the over-70s, over-80s. Over all we’re seeing maybe 1 percent of symptomatic cases are fatal across all ages. There’s still some uncertainty on that, but what’s also important is that 1 percent isn’t evenly distributed. In younger groups, we’re talking perhaps 0.1 percent, which means that when you get into the older groups, you’re potentially talking about 5 percent, 10 percent of cases being fatal.

In thinking about social behavior and thinking about your interactions, the question should be, “How do we stop transmission getting into those groups where the impact could be really severe?”