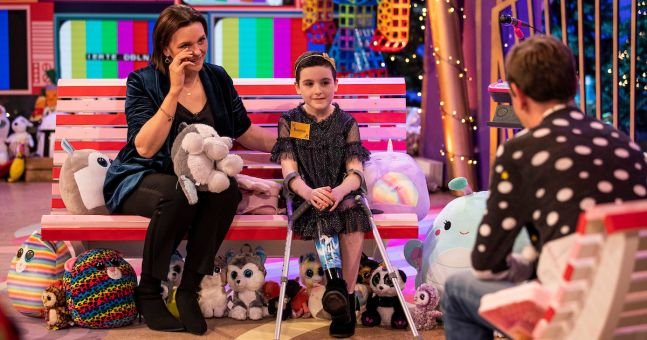 The YOUNGSTER who revealed on the Late Late Toy show that she had to have her leg amputated after she was diagnosed with a rare tumour has learned to ride a bike.

Saoirse Ruane from Galway told host Ryan Tubridy about her diagnosis, which spurred on viewers to donate to the Late Late Toy Show’s own foundation, which raised over €6million during last November’s extravaganza.

However yesterday (Tuesday February 24) Tubridy proudly revealed on his RTE Radio One show that the nine-year-old has learned to ride a bike during midterm.

“Throughout midterm we were talking about life skills and baking and stuff but Saoírse has conquered one of the most joyful skills of life, and she’s learned to ride her bike again,” said Tubridy.

“Just when you think, ‘Oh God, I have to watch Netflix again’ — you don’t.

“Just reflect on these little mirco-victories that are happening around the country of people who are doing things that mean so much in their world.

“Like Saoirse Ruane, who has learned to cycle her bike again with her new prosthetic.”

The top RTE star said it made him very happy to see the milestone moment.

“Her mum Rosanna posted on Instagram today how proud she is of her daughter.

“It’s a photo from behind so she’s cycling into the distance — into the future, dare I say — with her helmet and her hi-vis and her bike.

“She’s doing what kids should be doing, which is cycling a bike, outside, and enjoying life.

“It’s just, that made me very happy to see that, so well done to them.”

Showcasing the moment online, proud mum Rosanna said: “So many emotions this week but proud being the main one as Saoírse spent midterm learning to ride her bicycle again.

“To us she is unstoppable, inspirational, courageous and as the song says….”

Want more of the latest news, sport & entertainment? Sign up to our newsletter!: