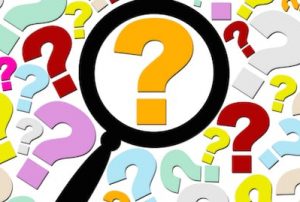 Pfizer’s chairman and CEO proclaimed in a Pfizer company news release: “Today is a great day for science and humanity.” In that PR news release – but only in that format – Pfizer announced early results of “a vaccine efficacy rate above 90%, at 7 days after the second dose.”

That’s about all we know – what Pfizer says about its own vaccine.  The data have not been published or publicly released – only that 90% number.

Regarding safety, the Pfizer company news release stated, “no serious safety concerns have been observed.”  Because no raw data have been released, we don’t know how “serious” was defined.

Pfizer did project: “We look forward to sharing additional efficacy and safety data generated from thousands of participants in the coming weeks.”

In an early story, STAT did a good job covering caveats and limitations. Excerpts:

“…key information about the vaccine is not yet available. There is no information yet on whether the vaccine prevents severe cases, the type that can cause hospitalization and death.

Nor is there any information yet on whether it prevents people from carrying the virus that causes Covid-19, SARS-CoV-2, without symptoms.

“If that headline really number really holds up, that is huge. That is much better than I was expecting and it will make a huge difference,” said Ashish Jha, the dean of the School of Public Health at Brown University. He cautioned, however, that it is always difficult to evaluate science via press release and that researchers will need to see the full results. He noted that side effects are something to watch, because even if there are no serious long-term complications, people feeling sick for a day or two could lead some to be hesitant to take a vaccine.

The story of how the data have been analyzed seems to include no small amount of drama. Pfizer, seeing an opportunity to both help battle a pandemic and demonstrate its research prowess, made decisions that were always likely to make its study the first of a Covid-19 vaccine to produce data.

Pfizer…released only sparse details from its clinical trial.

Independent scientists have cautioned against hyping early results before long-term safety and efficacy data has been collected. And no one knows how long the vaccine’s protection might last.

(A senior Pfizer VP) sought to distance the company from Operation Warp Speed and presidential politics, noting that the company — unlike the other vaccine front-runners — did not take any federal money to help pay for research and development.

Pfizer and BioNTech reported Monday that their Covid-19 vaccine is more than 90 percent effective in an early analysis.

Caveats:
—The results came in a press release, not a study
—They’re based on just 94 cases
—The clinical trial isn’t complete

That level of scrutiny, especially with one of the first news stories out of the gate, is crucial. Not everyone met that standard.

When BuzzFeed headlined, “Pfizer’s coronavirus vaccine is more than 90% effective, early data says,” journalist Paul Thacker suggested a repair for that headline – “Pfizer’s Coronavirus Vaccine Is More Than 90% Effective, Says Incomplete Data That Has Not Been Validated By Independent Experts.” The story twice used the phrase “extremely promising.” Strunk and White, in The Elements of Style, suggested eliminating unnecessary words.  “Extremely” is unnecessary.  And “promising” is one of my longstanding seven words you shouldn’t use in medical news.

CNN had no independent perspective in its first story.

Fox News overpromised, stating: “FOX Business takes a look at the key data points investors and consumers should know.”  But there were no key data released – only the Pfizer announcement of “90% effective.”

Of course, much of the second wave of news already celebrates the leap in Pfizer stock, and in the stock market in general, in response to the Pfizer PR news release.

I’ll believe plague vaccine news when it is accompanied by granular data. Press releases over the last seven months have not exactly worked out for us.