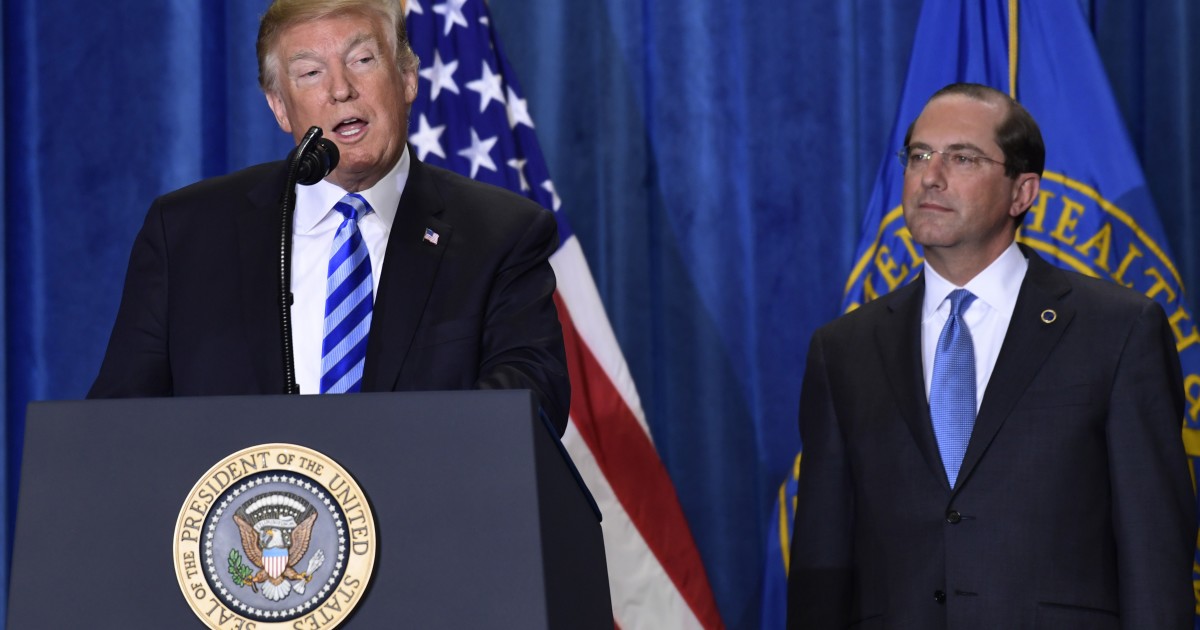 President Trump said Friday that he is working on a plan to allow Florida and other states to import less expensive prescription drugs, a promise the administration made four months ago.

“Hard-working Americans don’t deserve to pay such high prices for the drugs they need. We are fighting DAILY to make sure this HAPPENS…” Trump tweeted.

.@SecAzar and I will soon release a plan to let Florida and other States import prescription drugs that are MUCH CHEAPER than what we have now! Hard-working Americans don’t deserve to pay such high prices for the drugs they need. We are fighting DAILY to make sure this HAPPENS…

Florida Gov. Ron DeSantis, a Republican, signed legislation in June to allow prescription drug importation into the state, breaking with GOP orthodoxy. The measure would require a sign-off from the Trump Department of Health and Human Services.

Secretary Alex Azar, who had previously derided the idea of drug importation as a “gimmick,” said in July that the agency would set rules for states or wholesalers to set up drug importation programs that abided by Food and Drug Administration standards.

Trump also Friday blamed “Do Nothing Democrats” for an ineffective drug pricing bill, referring to that of Speaker Nancy Pelosi, who is advancing legislation that would allow the Department of Health and Human Services to negotiate the prices of up to 250 drugs that lack competition and would fine pharmaceutical companies when they don’t come to the table to bargain.