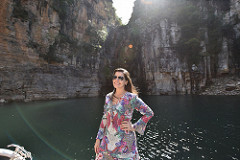 About Udaipur:
Udaipur is one of the most beautiful cities of Heritage state of Rajasthan. This beautiful city is famous all over India for its lakes, this is why the city is also known as ”Lake City” or ”City of Lakes”. Just because of its picturesque sights Udaipur is also known by several names like, ‘Venice of the East’, ‘Kashmir of Rajasthan’ and ‘The Most Romantic City of India’. This amazing city was founded by Rana Udai Singh, father of Maharana Pratap. Then it was the capital of Rajputs kingdom of Mewar.

Attractions of Udaipur:
Set amidst the gorgeous Aravali hills, having a number of beautiful lakes in its lap Udaipur city is one of the best tourists destinations of Rajasthan. The city has numerous palaces, lakes, temples and monuments, that leave an everlasting impression in the minds of visitors.

City Palace:
This massive structure is a complex of palaces, situated in the east of the bank of lake Pichola. It was built by Maharana Udai Singh and afterwards several extensions were made. This palace complex has a series of small and big palaces along with museums and gardens. This wonderful palace is the rich fusion of Rajasthani, Mughal, Medieval European and Chinese Architecture.

Lake Palace:
This white palace is located in lake Pichola, hence it seems to float on the still water of the beautiful lake. The palace is counted not only amongst the best architectures of Rajasthan but also counted among the most beautiful palaces in the world. This splendid building reflects the royal and lavish life style of Maharajas of Rajasthan.

Read More:  Dale Moss and Clare Crawley Are Fully Chilling at the Beach, No Bigs

Lakes:
Udaipur is primarily known for its magnificent lakes, the most famous lakes of the city are:

Fateh Sagar Lake: This artificial lake is situated in the north of Lake Pichola, which was constructed by Maharana Jai Singh in 1678 AD and was further reconstructed and extended by Maharana Fateh Singh. This lake bounds three awesome island, among which Nehru Park is the largest island. The second island has a wonderful public park, while the third one is the destination of Udaipur Solar Observatory.

Pichola Lake: This artificial lake was constructed in 1362 AD, which is surrounded by several islands, marble temples, palaces and bathing ghats. The fascinating Lake Palace is also located in the middle of this lake.

Udaipur Solar Observatory: It is one of the largest observatories of Asia, situated on an island of Fateh Sagar Lake. It was built in 1976, based on the model of Solar Observatory at Big Bear Lake of California.

about Acne After BEST Blood Cancer Care cause Coronavirus Could COVID COVID19 Diabetes diet does Education From health Help Home Keto Know Learning Loss Medical More News pain Posted Pressure says Should Student Study Take this tips Treatment Vaccine Weight when where with Work ‘What
A website like https://financiallygenius.com will provide you with the highest quality in the industry. how to buy cocai ne online
Iconic One Theme | Powered by Wordpress
This website uses cookies to improve your experience. We'll assume you're ok with this, but you can opt-out if you wish. Cookie settingsACCEPT
Privacy & Cookies Policy