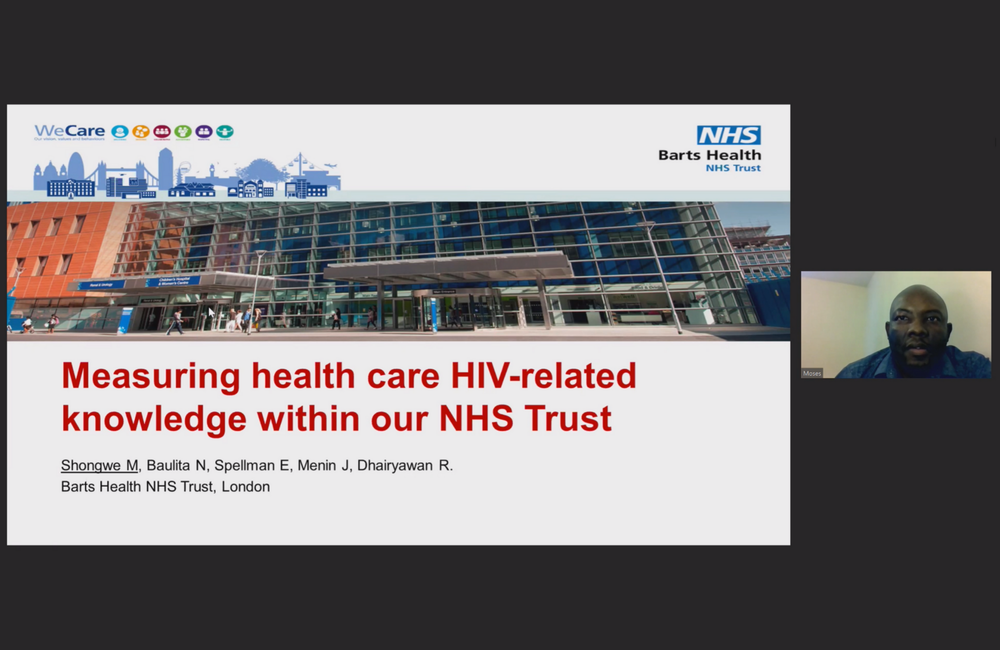 Staff working at St Bartholomew’s Hospital, the Royal London Hospital and Newham Hospital were invited to fill out a brief questionnaire in December 2019 and January 2020. The 411 respondents were predominantly nurses (57%), healthcare assistants (19%) and doctors (12%) working in adult medical, surgical and critical care wards, accident & emergency and theatres.

Eighty per cent had not heard of U=U and 35% did not think that a person living with HIV can conceive and have children who are HIV negative.

U=U stands for Undetectable = Untransmittable. It means that when a person living with HIV is on regular treatment that lowers the amount of virus in their body to undetectable levels, there is zero risk of passing on HIV to their partners. The low level of virus is described as an undetectable viral load.

Social attitudes that suggest that having a particular illness or being in a particular situation is something to be ashamed of. Stigma can be questioned and challenged.

A month-long course of antiretroviral medicines taken after exposure or possible exposure to HIV, to reduce the risk of acquiring HIV.

Three-quarters would not be confident discussing HIV status with a patient. A quarter would isolate HIV-positive patients in side-rooms and half thought they should be operated on at the end of the day, due to a risk of contamination.

Perhaps more encouragingly, 82% said they would like more information and training on HIV. The Barts HIV team say they are working on this: widespread educational programmes throughout the NHS trust could include a module as part of healthcare workers’ induction. They suggest that other health organisations should conduct similar surveys.