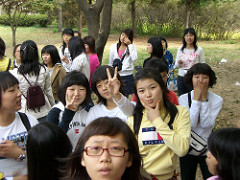 ” Financial A crisis, employers prefer graduates of higher. Because from an economic point of view, the more good university, the more educated the students, he more picky employers require a relatively high salary. In contrast, seems more practical vocational gifted with, but fluctuations in the economy is relatively strong anti-risk ability. “In the June 10 meeting of the 2009” Employment Blue Book “Conference & Graduate Employment Seminar, students engaged in the study on employment, President Dr. Wang Boqing Michael thought the views expressed.

Wang Boqing say that is not a whim, but has a detailed and accurate data support. Since 2007, Michael Best Employment Research Group of Chinese college students graduate each year students after six months of employment status and working ability, to conduct a national investigation. Completed by the end of February 2009 survey of 2008 graduates of the sample to reach 44.4 million. In addition to all levels of undergraduate institutions, vocational colleges for the survey covered 1688 (Part) (including the Universities and Colleges Vocational and Technical Department). The survey of University Students in 2008 and 2007 the employment rate declined from 211 six months after the employment rate of college graduates fell 4 percentage points, non-211 undergraduate college graduates six months after the decline in employment in 3 percentage points, while the employment rate of vocational college students in previous years, amounting to 84%. Among them, more than 50% of the professional counterpart, professional, about 32% does not match their own businesses was approximately 1%.

Employment rate for students in vocational colleges is relatively stable trend in undergraduate, Wang Boqing explained: “It’s like shopping, when we shrink in income will reduce the purchase of luxury goods, business as well. For employers , a good university, higher education graduates is relatively high prices, is a luxury; and college graduates and relatively low prices, a necessity. In general, the higher Education Undergraduate education and vocational orientation than the more accurate, more specifically, when the tension in the economy, companies need more vocational students practical ability, can walk away with, to solve the current problems facing businesses survive. Therefore, the financial crisis, the employment rate of college graduates is relatively stable. “