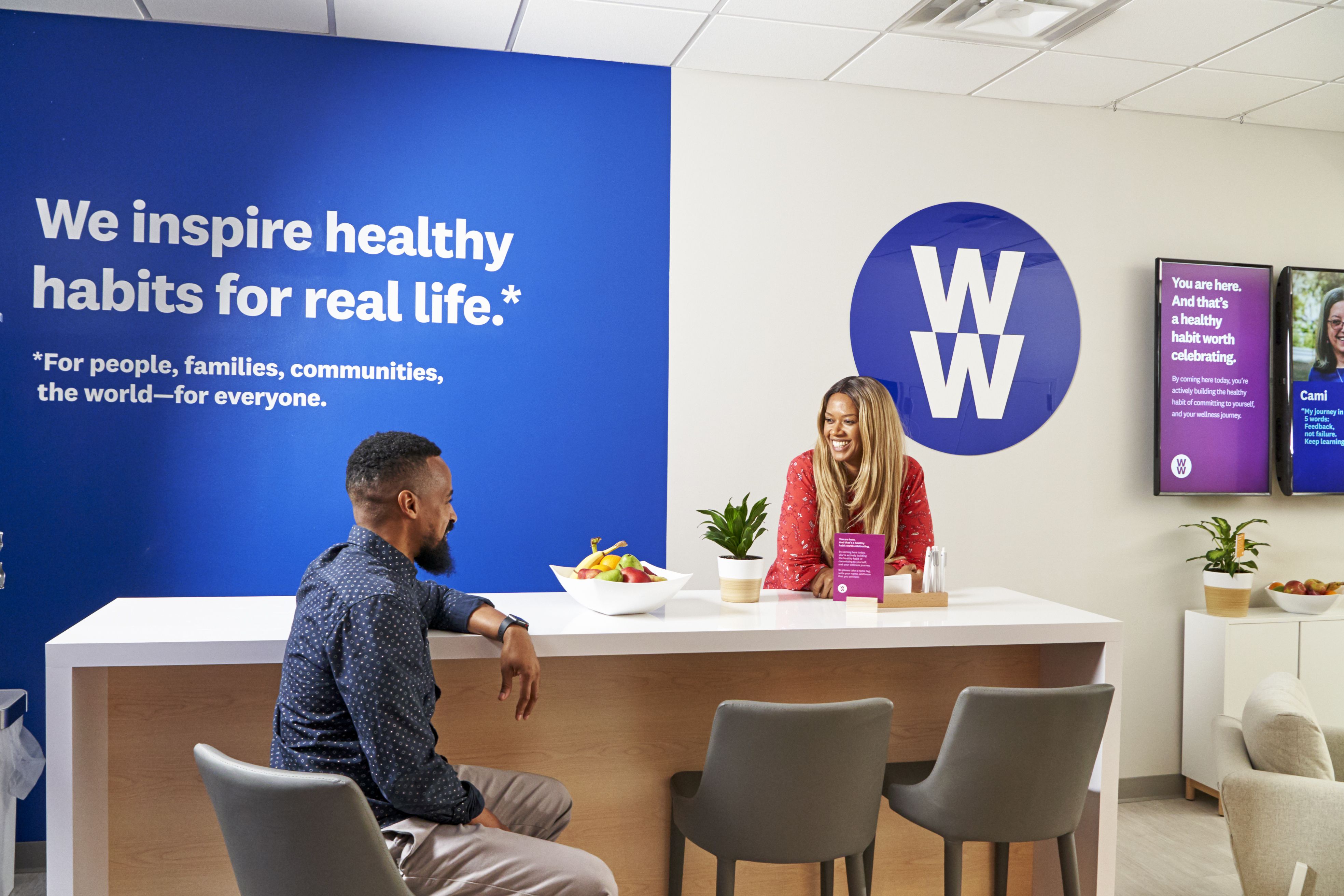 Weight Watchers member and board member Oprah Winfrey shares her thoughts on the value of community at an intimate luncheon with winners of Weight Watchers Better Together Sweepstakes on Friday, March 23, 2018, in Santa Barbara, Calif.

As stock slid Wednesday, Weight Watchers shares surged more than 38%, thanks to the wellness company’s boost of its full-year financial forecast, suggesting it has recovered from a bad start to the year.

After the market closed Tuesday, the company reported fiscal second-quarter net income of $ 53.8 million, or 78 cents per share, down 24% from $ 70.7 million, or $ 1.01 per share a year earlier, but much better than the 64 cents per share projection in a Refinitv survey of analysts.

Weight Watchers’ stock is on pace for its best day since Oct. 19, 2015, when they skyrocketed 105% after Oprah Winfrey announced she was taking a stake in the company and joining its board of directors.

Investors welcomed the news, especially after the company warned of a slow start to recruitment at the beginning of the year. The company rebranded itself to WW last year and tried to position itself as a wellness company and not just a diet company.

It appeared as if the new look and message fell flat. Plus, people were experimenting with the trendy keto diet. The company overhauled its marketing to clarify that WW was Weight Watchers “reimagined.” It enlisted Winfrey to help sell wellness.

Read More:  5 Tips On How To Get Rid Off Unhealthy Eating Habits After College

Weight Watchers CEO Mindy Grossman in an interview with CNBC pushed back on the idea that Winfrey led the turnaround.

“I think we have to be very clear. It’s great we have Oprah as part of the family and board, but this momentum we are seeing is global across every market and it really is a testament to the team and our overall marketing efforts, digital efforts, tech efforts and global integration,” she said.

At the end of the quarter, Weight Watchers boasted 4.6 million total members, up from 4.5 million in the year-earlier quarter. The company said this was its highest number of members ever for a second quarter.

Weight Watchers usually sees an influx of members at the beginning of the year as people try to live up to their new year’s resolutions, then watches them taper off throughout the year as they ditch their diets. It had just as many members at the end of the second quarter as the first.

Weight Watchers plans to introduce a new food program in the fourth quarter for the diet season, defined as the period around the holidays. The company is also trying to revamp its meetings to attract new members and bring old ones back, since most people are opting for the subscription that only gives them access to the digital app.